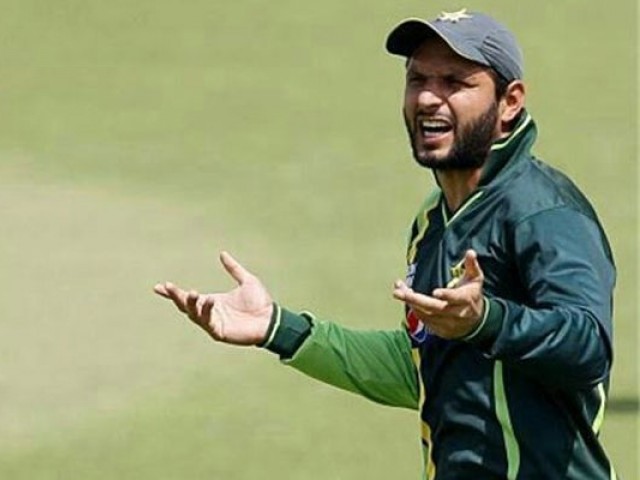 The fact that he prefers women to stay in the kitchen is his personal opinion, just like your personal opinions, such as being for or against housemaids, working women or homemakers, or even believing or not believing in God. PHOTO: REUTERS

Just when we think we are over it, it starts all over again. Another video goes viral over social websites, attracts conversations and often takes you nowhere but through a vicious circle of ongoing rebuttals. This time it’s Shahid Afridi under attack.

So here goes, it starts with Afridi making a grand comeback, surprising us with his performance in matches against India and Bangladesh. Suddenly, all the loyalty towards him is regained. Then come all the memes about him against Virat Kohli, Indian fans, Bangladeshi fans and the likes.

In between the hundreds of comments, we see people praying for Afridi to have a son now after three daughters. One of these, I specifically remember, was about praying for a baby boy for the happiness of a man who made the whole nation happy. Too many assumptions here, but let’s just stick to the basic one:

After his recent video about what many call ‘sexist’ comments, maybe he does want a son. Saying that, however, would be another unwarranted assumption.

The minute-long video clip in discussion features an interview of Afridi where he’s asked about his opinion on women’s cricket in Peshawar. Anyone who has even a little idea about the connection of Peshawar, women and militants, would agree it was not an easy question to answer. The question asked for an opinion about a seemingly dangerous territory. Call it the curse of the new media, but the video now being circulated over social networks has incited much dialogue and, in some case, outrage.

But before we go too far, let me ask you one thing.

Why is Afridi’s personal life or opinion your business?

The fact that he prefers women to stay in the kitchen is his personal opinion, just like your personal opinions, such as being for or against housemaids, working women or homemakers, or even believing or not believing in God.

For me, the argument that, as a celebrity, Afridi will influence young minds to follow his opinions does not hold any merit. Your stance on issues such as a woman’s position primarily comes as part of your upbringing than media statements of celebrities.

How, then, does his opinion affect you?

And why is he supposed to have politically right opinions just because he’s been dubbed as a ‘hero’, just like many other sportsmen.

His job is to play cricket, not make statements about women’s liberation. Questions around such controversial topics are bound to create different opinions, and hence controversy, which I think was the whole point of the host asking this particular question, in what was otherwise, a sports interview.

Bombarding celebrities with opinion-based questions and then expecting they won’t express their opinion is expecting too much.

I know the fad around Afridi but his fans and others really need to take it easy. As fans, you don’t have to justify his statements or get disappointed. For others, there’s a thing called tolerance for different opinions.

If you can’t handle that, you can’t criticise them either.