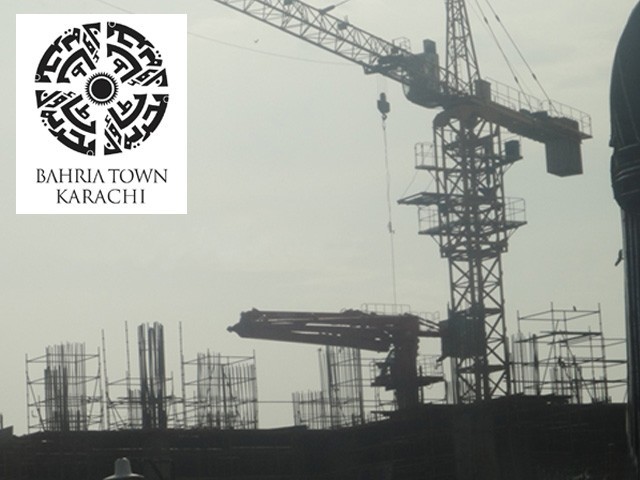 Bahria Town belongs to the most reliable genre of developers in Pakistan, comparable to any big name across the world.

It was back in October last year, when I first noticed the crowd around the Bahria Town Karachi office at Shahre Firdousi. Having physically witnessed the extravagance of Bahria Town (BT) projects in the country, I was excited about their expansion in Karachi and across Sindh. The masses in Karachi too, were delighted by the launch.

What pushed me to pen this piece was the chaos and, somewhat, surreptitious mechanism that the BT adapted for the launch of these projects, specifically the Bahria Town Karachi (BTK). It was initially launched with an undisclosed location, which triggered heavy subscription, reflecting the unshaken confidence that the developer commands over the general masses.

Even a conservative estimate would spell out the billions of rupees raised, based on the registration fee only, back in October last year. Needless to say, it takes only 67,000 applications at the rate of Rs15,000 per application, to raise a billion rupees in a populous city of 18 million. Here, I would reiterate my nonchalance in guessing the gigantism of the funds contributed by the plebs, lying idle with the property developer and earning nothing for the past four months till an unknown period.

Once the registration process was over in October, these registered forms bearing a future promise of a real estate onset, garnished by the blotless stature of BT, interestingly turned into highly traded instruments. These forms, perhaps due to some fictitious market making, peaked their trading even at leverage by 10 times, Rs15,000 form for Rs150,000 in the open market. Eyeing such returns, the real estate investor community with their copious investments in the pursuit of windfalls jumped in to the Bahria Bandwagon.

In January, the formal booking was announced and the location and price of the project was finally unveiled. It came as a surprise, a pleasant one at that, when BT followed their legacy of magnanimity, endorsed this irrational exuberance of leveraged market valuations, and announced overall prices of the units to be adjusted by the same amount. Who knows whether it was the forms or the plot itself that was priced higher to accommodate the incoherence.

Not to undermine this seemingly lucrative proposition, the point to note here is that BT belongs to the most reliable genre of developers in Pakistan, comparable to any big name across the world. It doesn’t make sense for it to create such casino gimmickries to fetch the spotlight for its showcases.

One may disapprove it as an exaggeration, but let’s review it factually. Initial registration with undisclosed location, price and balloting date, followed by a re-registration fetching in a token amounting from Rs150,000 to Rs4.6 million. Mind you, these tokens were stipulated for an unconfirmed property, awaiting its share of luck in a balloting on an unknown date. In case you are not lucky enough to get it through, your token is to be held with BT for six months even after the unknown date of balloting. This process apparently seems to have a lot of grey area and redundancy, perhaps driven by some parasitic instinct of sitting on the funds of the masses.

It was generally anticipated that the booking process would stabilise it. But then surfaced a brand new anomaly, originated by the brokers; a bypass to the balloting process for a premium as low as Rs100,000 was on sale!

Digging it deeper, my broker proudly told me that it’s us (brokers) not BT who would guarantee it. We have been assigned confirmed quotas beyond any balloting, which is on sale.

I wondered what the basis of this Rs100,000 magic number is. It doesn’t require you to hold a Masters degree to understand that this confirmation premium is going to change hands on further which is going to be a classic case of ‘premium over premium’. Bravo BT for introducing us to some super-synthetic derivative structures in disguise.

I can bet on the fact that, had it been a regular registration through banks, with announced date of balloting, it would have been equally successful, much respected yet less speculative. It seems that BT is keeping a lot of ‘unknowns’ and a lot for the invisible hands of the market. If they were to hold the initial registration fee and unconfirmed tokens for an unknown period of later than six months, then the unknown balloting dates may have been legitimised but still cannot be justified.

The ersatz premiums and the ‘premium over premiums’ must have attracted attention, but may not earn them the respect in the long run.

The writer is an experienced Banker and Trainer. He is a graduate from IBA Karachi and NED University and loves calligraphy! He tweets @ArsalanAqeeq (twitter.com/arsalanaqeeq)