What is the point of International Women’s Day anyway? 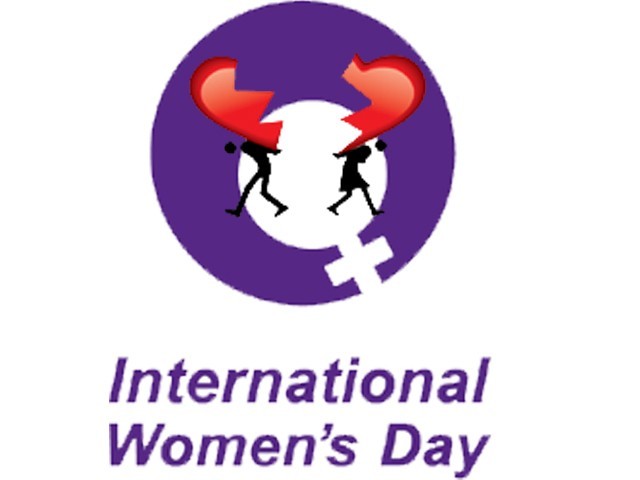 I had opted for judicial divorce and it came packaged in a box with several sections that had to be filled in pink before I could be given what belonged to me anyway.

In the land of technicolour, is there space for grey areas?

Welcome to Pakistan. We are rapidly moving towards a positive change, for example, everyone now knows what Aldo sells – everyone who is anyone, that is. Another, more poignant example is how we are all set to celebrate International Women’s Day in the Islamic Republic of Pakistan for all the right reasons.

Or at least that’s what we have been told – be happy on March 8 and go give the next woman you find a pat on the back. She may turn around and slap you but that’s okay. It is her right to do so because the rest of the year her body is an object of shame and propriety. However, this day is celebrated globally so never mind your context.

Give yourself a pat on the back if you are a woman, you exist and you have rights. In fact, give yourself several pats on the back since you belong to the third most dangerous country in the world for women where 90% of women experience domestic violence in their lives according to the Thompson Reuters Foundation.

You get one whole day where important people, who talk to themselves, tell themselves about gender equality, the plight of women in rural areas, how important it is for all two and a half of them to change that because they have been told do so and how the prawn mousse dumpling at Fuchsia is just not the same anymore.

Throw in a few Simone De Beauvoir references – adequately popular yet academic enough to make you sound well-read and you have the perfect dinner party to mark this day.

Two important points to remember though:

1. Don’t question the reasons; primarily because you have no idea what they are. Just smile and wave.

2. Don’t question the existence of women, at least not today. Again, simply because you won’t be able to find an answer. Yes, they reproduce but beyond that most of us don’t have an explanation for their reason of existence. So, just smile and wave.

So, they give women their rights, whatever they are.

They think of it as charity.

If you’re completely clueless about women’s rights, get on Twitter and/or Wikipedia, catch up on the buzzwords and throw them in at opportune moments. Just don’t ask why.

Someone – Martha Stewart, OBL or Qaim Ali Shah – no one knows for sure, it’s all part of the feminine mystique, had to put in a whole lot of effort to contain profiles of people in airtight jars, label and shelf them. You can be any of the following in descending order of acceptability – Fatima Bhutto, gay (10 bonus points only for today if you are a lesbian), a feminist, a moderate Muslim who consumes alcohol, a feudal with a foreign degree representative of change only because your wife wears Prada. Or you can be a chauvinist, a feudal sans a foreign degree or a fundamentalist Muslim out to eradicate immodesty or gay people (minus 10 points if you are in the closet because you haven’t embraced who you really are, never mind the fact that your parents will probably try electric shock therapy on you when you do).

If you question, you’re none of the above and they don’t have time to think of a new label – Women’s Day is only for 24 hours after all. It’s easy to contain several binaries when the clock is ticking but they can’t classify complex nuances which make the real difference.

Statistics are easy; they quantify issues, reduce people to numbers so that you can submit reports at the next dinner party same time next year. If the Danger poll says that there are above 1,000 women and girls who are victims of honour killings in Pakistan every year, you can gasp in polite horror and vow to change that number – right after you finish dessert.

The other side of ‘happily ever after’ – in person

Once upon a time I had signed an almost pink paper. I say ‘almost’ because I didn’t pay attention to the colour. There was grey inside my head – a shade similar to, if not the same as, that in the heads of any other man or woman. I carefully filled out the section that gave me the right to walk out of a contract as and when I deemed fit.

In the eyes of men and their God, however, I was a fortunate woman who had been awarded a right. I accepted this, grudgingly of course, but with the understanding that I had had my share of charity and that it would last forever. But like most ‘forevers’, it didn’t. The grey re-surfaced and I acted upon what I thought was mine to act upon.

The reaction was schizophrenic, as it usually is with severe binaries. For ‘International Women’s rights’ people who crop up once year, I was a pink-coloured check on their list of ‘empowered’ Muslim women. They went back home as the clock struck 12 and slept with a self-congratulatory smile on their face. I was now on the statistic bandwagon, just in time for a ‘let-her-have-rights’ day.

Pat on the back for me.

But on the other end of the spectrum, the pink darkened to red. There were no grey areas but there were several loopholes. The law of the land had questions. I had opted for judicial divorce and it came packaged in a box titled The Dissolution of Muslim Marriages Act, 1939. The box had several sections that had to be filled in pink before I could be given what belonged to me anyway – what would belong to any human – the right to assert their greyness without question. It didn’t work out that way though. I would once again be awarded my right only if I filled the blanks of a system that was in technicolour.

I would be permitted by the law to be single again only if I had answers to several colourful questions, questions like:

Grounds for decree for dissolution of marriage

A woman married under Muslim Law shall be entitled to obtain a decree for the dissolution of her marriage on any one or more of the following grounds, namely:

(i) that the whereabouts of the husband have not been known for a period of four years;

(ii) that the husband has neglected or has failed to provide for her maintenance for a period of two years;

(ii-A) that the husband has taken an additional wife in contravention of the provisions of the Muslim Family Laws Ordinance, 1961;

(vi) that the husband has been insane for a period of two years or is suffering from leprosy or a virulent venereal disease;

(vii) that she, having been given in marriage by her father or other guardian before she attained the age of sixteen years, repudiated the marriage before attaining the age of eighteen years:

Provided that the marriage has not been consummated;

(viii)that the husband treats her with cruelty, that is to say,

(a) habitually assaults her or makes her life miserable by cruelty of conduct even if such conduct does not amount to physical ill-treatment, or

(b) associates with women of evil repute of leads an infamous life, or

(c) attempts to force her to lead an immoral life, or

(d) disposes of her property or prevents her exercising her legal rights over it, or

(e) obstructs her in the observance of her religious profession or practice, or

(f) if he has more wives than one, does not treat her equitably in accordance with the injunctions of the Quran,

Even if I allowed it, all the shades of grey that dictated my humanness – beyond gender of course, refused to allow an infringement that violated the space that was mutually created between two consenting adults.

The idea of women’s rights is outdated to the point of being flawed now. No one needs to be given their rights, especially if it is in such sharp contrast to the context where the function of women beyond their reproductive organs is yet to be decided.

Maybe we should start with cattle rights and then move on to women. March 8 could be ‘pat a cow day’; after all, it’s pretty much the same thing. The ‘international people’ who are out to distribute rights, can still go home and sleep peacefully while the rest of us can stop thinking about women.

Actually that’s what everyone needs to do. We need to start thinking as humans if we aim to fix the equality problem as a whole. The more we pronounce our differences, the more they will come up with even stranger reasons to make sure we never get over them. The collective psyche is so severely patriarchal that inroads will have be contextual; mere ‘imports’ that arrive with ‘pink pomp’ and then disappear, will not work.

“The divorce rate is higher among educated families since laws have been made which support women seeking divorce and the whole procedure has been made easier. Pakistan is a male-dominated society and men want their wives to stay back home, look after their children and not to think about their careers.”

In the same article, another psychiatrist DR PP2* said,

“Indian and western cultural invasion is aggravating the situation. Females who watch TV channels want to buy costly items at all cost, sometimes at the expense of their marriage.”

“Experts put down social change as the main reason for a rising number of divorces. More and more women are now able to live on their own and are now fully aware of their rights.”

The article also quoted a solicitor,

“The divorce rate increased after (planned) amendments to Muslim Family Court Act in 2001. NGOs and the electronic media are also to be blamed for an increasing number of divorces. Also 85% of love marriages end up in separations. Even couples having children do not hesitate to take divorce; resultantly children’s lives are ruined and they become victims of inferiority complex.”

And a lawyer was quoted to have opined,

“In the past the word ‘divorce’ was a taboo in Pakistani society but now people do not feel ashamed of getting divorce. Women are acquiring higher education and contributing to every sector of society. They are financially strong and are less willing to save their marriages.”

*Names have been changed to protect the ‘reader’ from these people.

So, who is going to come save a damsel in distress?

After all, most of us can save ourselves now. The Sustainable Development Policy Institute (SDPI), a Pakistan-based independent non-profit organisation founded in 1992 is working towards amending the system. In black and white it aims,

“To serve as a source of expertise for policy analysis and development”.

Maybe now we can dare to hope for a ‘colour blind’ system that remains outside the domain of decisions made my people who can’t be neatly packaged and shelved for display.