5 movies every (wo)man should watch this Women’s Day 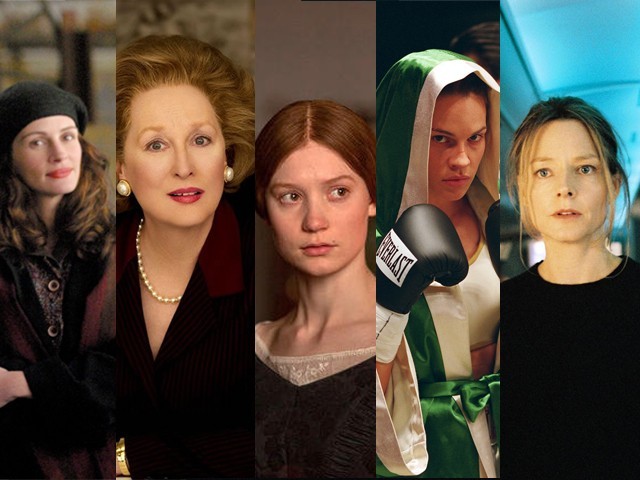 Today, the world celebrates womanhood, where every woman is made to realise that her standing in the society is more than just someone’s daughter, mother or wife.

Despite the many differences between the East and the West, one dilemma is shared all over and that is the emancipation of women. Irrespective of social status, age, ethnicity or time period, women have faced oppression and have been forced to ‘compromise’ their basic rights.

Today, the world celebrates womanhood. Every woman is made to realise that she is more than just someone’s daughter, mother or wife. Today is a day of celebration for both men and women – a day when you feel proud about being a woman or knowing one.

Art has always had a way of recounting history in a poetic manner. It highlights the good, the bad and the transformation from the bad to the good in a way that leaves you bewitched. It is with the use of art that I would like to pay homage to the women of the world. And so, I came up with a list of five movies that I believe every woman, and man, should watch this International Women’s Day. Even if you have already seen some of these, there is no harm in spending a cosy Saturday evening with a hot cup of coffee, a freshly popped bowl of popcorn and a classic flick.

Based in the 1950s, the plot follows the life of Catherine Watson (played by the graceful Julia Roberts), a progressive art history teacher who takes up a vacancy at Wellesley College for Women, one of the most conservative colleges in the United States of that time.

In a period when women only aspired to become good housewives after completing their degrees, Catherine challenged the norms of her college, and those of the society at large, and asked questions which were generally shushed.

She portrays a young, talented and liberal woman, who believes in the equality of rights and is against sexism – which was rampant at the time. After watching this film, you do not feel an extreme sense of disconnect. Even today there are many parts of the world, including Pakistan, where women are still facing the same issues.

This movie should be on every woman’s ‘to-do’ list. It is inspirational, encourages women to speak up for themselves and has Julia Roberts in it, need I say more?

This movie is the biography of the late Ms Margaret Thatcher, the United Kingdom’s first and, so far, only female prime minister. Played by Meryl Streep, the plot circles around Ms Thatcher’s struggle in a highly patriarchal political environment and how she rises to glory as the head of the state.

The prejudices she encounters for being a woman, and the multiple times she is underestimated for her ability to lead, are common to what many women face even today. She fought her way through and made the men understand that she was here to stay. Her 11-year-long tenure is a testimony to it.

The movie tells every woman that no matter what happens, a woman’s gender is not her qualification.

Although there have been many versions made of this classic novel, the one I personally love is the latest one, released in 2011. The reason is not just because it has been picturised in a better way than its predecessors; it is the way Mia Wasikowska (the actress in Alice in Wonderland) has portrayed the governess-cum-artist and her struggles to find true love that has made me love the story all the more.

Unlike today’s Bollywood romance flicks, Jane Eyre is not about a damsel in distress who is rescued by her knight in shining armour. Jane works her way towards establishing a name for herself after she is orphaned and is made to study in a horrid, catholic school. After she completes her education, she takes up a job as a governess for a rich family, where she meets Fairfax Rochester, the to-be love of her life.

During the course of the movie, Jane finds out that Rochester is already married (spoiler alert: she gets to know about it at the altar, when she and Rochester are about to get married). Even though Rochester insists that the two of them could get married, Jane upholds her principles and leaves. Her strength of character and resilience to follow her ideals is something which women of today should pay heed to. A boyfriend or ‘their man’ shouldn’t be the only focus of their lives.

The character Maggie Fitzgerald, played by Hilary Swank, an aspiring female boxer is in itself a motivation. The problems Maggie faces and the ways she copes with them are simply amazing. It reiterates the fact that women can excel in any profession.

The movie deals with sexism, discrimination and the power of might; all factors common to the Pakistani society. This is one movie every woman should watch, at least once, to understand that with just the right amount of pressure, she can fight back and unleash herself as a force in the world.

The plot of this one opens up gradually and is one of the best suspense-thrillers of all time. The movie is about Kyle Pratt (played by Jodie Foster) an aeronautical engineer based in Berlin, Germany, who is widowed after her husband ‘mysteriously’ falls off the roof. Deciding to bury him in the US, she and her daughter take a flight to Long Island.

The plot thickens when Kyle wakes up in the middle of the flight and finds her daughter missing. She panics and asks all the flight attendants present to help her. But here comes the twist. According to all records of the aircraft’s passenger history, Kyle boarded the plane alone, without her daughter.

The movie deals with how everyone enforces the notion on Kyle that she is mentally ill and that she hallucinated bringing her daughter here. But Kyle is resilient and keeps on searching for her daughter, all the while fighting the negativity around her.

This movie is of utmost importance because this shows how, if a woman believes in herself, she need not listen to others and keep on striving; an attribute I believe today’s female population lacks. No matter what he says or your ‘so-called’ best friend tells you, if you think you can do it, then you can do it.

This was my take on the five movies every woman should watch on Women’s day. However, this list is not exhaustive. These movies, and the many others out there, are great reminders of the resistance women, everywhere in the world, have faced and come through. They give you the little push you need, the strength and the tiny bit of encouragement you crave to take on the extraordinary and come out victorious.