Every time you buy a stolen phone, you take a life 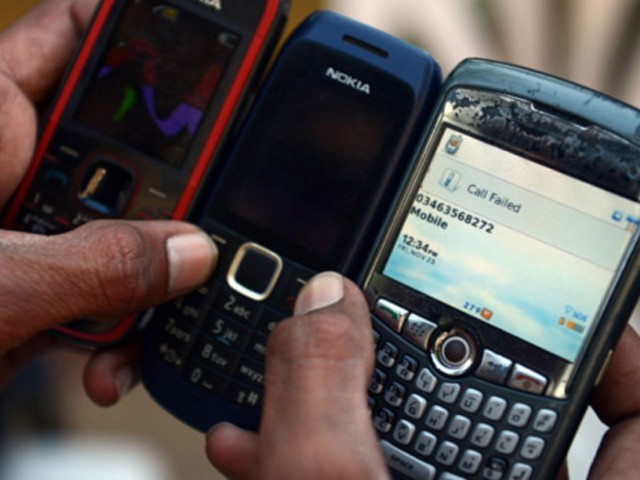 If only shopkeepers stopped buying and selling stolen cell phones, fewer people would be robbed and killed. PHOTO: AFP

Early last Sunday I was awakened by a call from a cousin.

“My nephew, Abdul Ghaffar, has been killed.”

A reply came my way,

“Cell phone robber shot him when he resisted.”

At the funeral, I heard what had happened. Even though he had been robbed a couple of times before and had surrendered his wallet and cell phone, this time he made the fatal mistake of trying to grab the robber’s gun. The gun had gone off, shooting him in the neck.

He was just 42, not old or middle-aged by today’s standards. Married with two kids and an average income, he thought his life couldn’t be better, regardless of his wife’s complaints about their house being too small since his aged parents also lived with them. Little did she know that soon she’d be a widow.

It really shouldn’t have happened the way it did.

Every day we hear of people getting mugged, even our friends and family, which you consider a small price to pay for living in Karachi. Sometimes, however, things go horribly wrong and a life is lost.

As he stood at the paan shop, he didn’t realise at first that the man who stood near him was a robber. He looked aghast as the young teenager pointing a gun at the paan waala and took all the cash. He then turned towards Ghaffar, who tried to yank the pistol out of the bandit’s hand. The mugger panicked and the gun went off. By the time an ambulance arrived and took him to a nearby hospital, he was dead. The doctors said that he had died instantly.

What can you say when you see the aged parents overcome with grief?

He was their only son, the breadwinner of the family. His two children, a boy and a girl, are not even old enough to understand what happened. All you can do is mutter some words of sympathy, shake the father’s hand and walk away, trying not to break down.

Some of these shopkeepers have probably seen close relatives robbed of their cell phones or killed, yet they continue doing what they’re doing, breaking the law. Yes, the law says that it’s a crime to buy and sell stolen goods. But who will enforce the law in a country where the law-makers are the ones who often break the law?

You can’t help but think of the old days when it was safe to walk on the streets and the country was in the hands of leaders who were not overly concerned with filling their Swiss bank accounts or buying property in Dubai. And you know that as long as crooks are at the helm, the situation in the country will get worse. Nothing you can do will change the situation; the leaders will not suddenly become pious, honest and God-fearing men who only have Pakistan’s interests at heart.

You know that it’s a hopeless situation; all you can do is to hope for a man like Mustafa Kemal Ataturk to appear and take charge.

But in today’s Pakistan, such a man would be very hard to find.