Jinn: Bringing a bit of Pakistan to American cinema 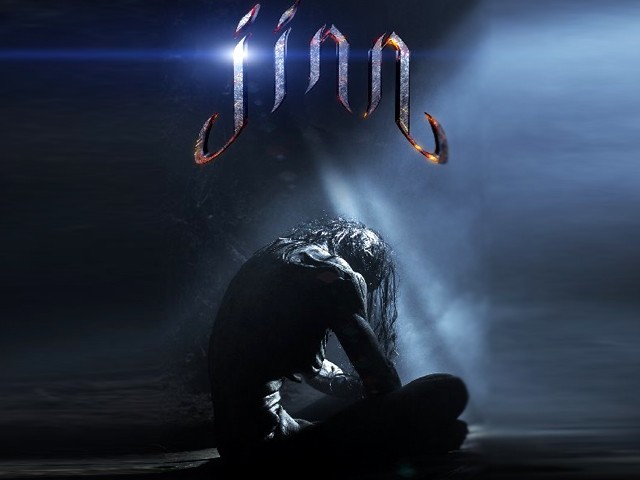 Jinn happens to be the name of the new supernatural thriller by the Pakistani American movie director, Ajmal Zaheer Ahmad, set to release on April 4, 2014 in theatres across North America. PHOTO: IMDb

According to Islamic mythology, the Arabic word jinn refers to a class of spirits, lower than angels who are capable of appearing in human and animal forms, and influencing humankind towards good and evil.

Jinn also happens to be the name of the new supernatural thriller by the Pakistani American movie director, Ajmal Zaheer Ahmad, set to release on April 4, 2014 in theatres across North America.

The opening excerpt from the movie talks about jinn – ‘the third kind of creation’,

“In the beginning, three were created… man made of clay, angels made of light and a third… made of fire.”

The movie’s cast includes Ray Park, Faran Tahir, William Atherton, Dominic Rains and Serinda Swan. Shawn (Dominic) and Jasmine (Serinda) are a happy, newly married couple until their perfect life is torn apart by a cryptic message warning them of a curse on Shawn’s family for generations, and that he and his wife are now in danger.

Shawn, who lost his parent as a child, doesn’t pay heed to these revelations from his past until strange things begin to happen. Scared and unable to explain these happenings, he turns to Gabriel (Ray Park), Father Westhoff (William Atherton) and Ali (Faran Tahir).

And in the process, he discovers that there is far more to this world than he had ever thought.

The movie will also feature the FireBreather, a car designed by Ajmal himself, which was created for the sole purpose of this film. It is the first of its kind; designed and manufactured to be sold to the general public.

Ajmal, the director, was born and raised in West Bloomfield, Michigan to immigrant parents who migrated from Pakistan in the early 1980s. He has written and directed Jinn in an attempt to introduce the accurate mythological concept of their existence to the western audience.

He attended Detroit Country Day prep school in Southfield, Michigan and his teachers still remember him as a cheerful, fun-loving student with immaculate manners. Mrs Reimer recalls him fondly,

Ajmal was accepted in the prestigious Art Centre College of Design in Pasadena, California when he was 17-years-old, with the distinct honour of being the youngest student accepted by the college. He began his career as a concept designer in California for film, television and commercials, and his credits include the NBC series The Pretender and Dungeons and Dragons from New Line Cinema as well as numerous music videos for artists including Dr Dre and Fatboy Slim. His directorial debut came in 2000 when he created a commercial for Apple Computers called Apple Core.

His vision had always been to create a movie studio in Michigan that would develop, film and distribute motion pictures and other entertainment. And in 2009, he started Exxodus Pictures in Detroit, Michigan.

But more than just a talented movie director, Ajmal is also a wonderful human being who likes to give back to the community and encourages youngsters to reach for their dreams. Many events are being organised in Michigan and across North America on the first weekend of April, 2014 in order to promote his movie Jinn.

When I asked him if he had any message for our younger generation he said,

“I believe this is a pivotal moment for people like me whose background is quite unique in the American landscape. Generally speaking, Pakistanis, Indians and other South Asians as well as Arabs are very under-represented in the media here. It’s not enough to have a few actors on TV and in the movies, we must also share our stories and add to the American landscape. Jinn represents one of those ideas which can add to the social consciousness as well as prove to the western world that we are a large and powerful demographic that needs to be catered to.”

So, if this is a concept that you believe in or at least are interested in, ask everyone you know to come out and watch Jinn in theatres on April 4, 2014. This is your chance to support a main stream motion picture that tells your story.

This is the mythology that you grew up with, mythology that binds together people who believe in it and most of all, this is a sincere effort on the part of the creators to begin a new type of dialogue – one that we are part of and that we can give back to.