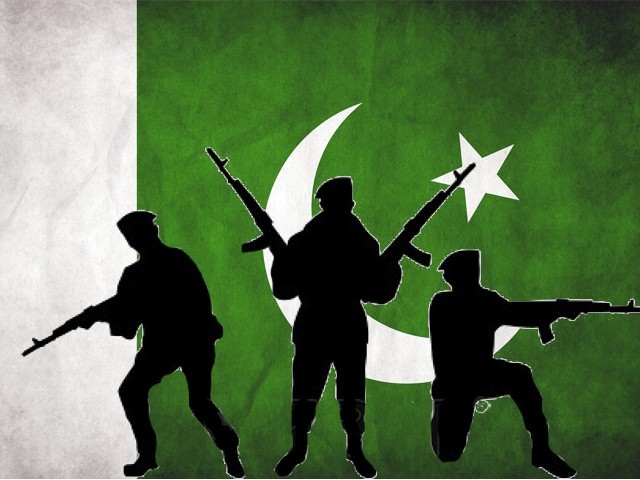 They are our real life heroes and being with them is nothing short of being with superheroes.

In countries like Pakistan, army officers are treated with a special kind of respect and having a fauji (soldier) friend is considered to be an honour. I am sure many people know what it feels like to have a friend who is either a Gentleman Cadet (GC) or a ‘leftanent’ as a lieutenant is usually called.

It’s a feeling that cannot be explained in words. However, in my case, the ratio of fauji friends is quite high since I have grown up in the company of many ‘army boys’. Hence, in recognition of my fauji friends and their efforts, I decided to write something about their exhausting and somewhat peculiar, lifestyles – which they seem to enjoy so zealously.

So, here is a list of things which may seem normal to an army officer but are quite strange to most civilians.

Although social media is setting a trend in every sphere of life, our army boys have found news ways of using Facebook. Statuses, comments and wall posts are mostly done in a typical fauji style. ‘Fauji style’, you wonder? The following examples might help you get a better idea:

The phrase ‘buck up’ is used religiously. Whether it’s an engagement announcement, a sad status or a family picture, you will definitely see a ‘buck up’ comment if you have a fauji in your friends list.

Also, faujis love putting up Queen Elizabeth’s quotes as their cover photos, like,

“If an army officer loves you, walk like a queen.”

Respect above all, no matter what!

“This flower is not a flower.”

Then, all junior officers will comment agreeing that the flower is in fact, not a flower. You will see comments like,

“It’s a disgrace to the community of flowers!”

There are also differences when it comes to sharing pictures on social media. If your friend is a GC for instance, then most of the time he will upload pictures of the exercise area with his course mates. However, if he has completed his training, the pictures will usually be of his unit.

If you go to a fauji’s Facebook wall, it will mostly be filled with posts from his civilian friends, asking him to take them on an outing with the earnings he had been planning to save. In other words, a fauji coming home for a vacation is like a man coming out of a casino – completely broke!

This is the weirdest phenomenon. People generally believe that women love army officers and although this is somewhat true, the problem is that women don’t come across many faujis since they are on their posts performing their duties. Consequently, army officers don’t come across many women either since their place of posting mostly includes areas where few or no women can be found.

If you want to excel in abusive language and that too in English, then it’s best to keep a fauji friend by your side. While sitting with army officers and listening to their stories, you can perfect the art of using the ‘F-word’, the ‘S-word’, the ‘B-word’ and other abuses.

It seems like they have this special, inherent ability to make abusive statements.

A soldier who is still single is a great asset, both for his country and his friends. Most of these army boys get engaged as soon as they get a promotion to the rank of ‘captain’. Before their engagement, they are busy partying and spending time with their buddies. However, after the engagement all their free time belongs to their future wives. It’s a miracle if you get to meet your fauji friend during his vacations once he gets engaged!

And throughout their engagement period, their Facebook statuses mainly include restaurant check-ins with their future wives.

Faujis are our superheroes

However, keeping aside all the fun stuff, a civilian who has a fauji friend is in a constant state of anxiety. These army men perform their duties in difficult and conflicted areas of the country and their civilian friends are in constant fear of losing them. It scares and humbles me to think of my fauji friends who are the same age as me, posted in deserts and snow-capped mountains, just so I can feel safe while living a trivial existence – having fun with friends and family and roaming around city malls.

They may have their eccentricities but maybe that is why they are who they are and we are not. We need to respect them because they put their lives on the line so that people like you and I can lead full lives.

They are our real life heroes and being with them is nothing short of being with superheroes.

The writer is working in the medical and pharmaceutical sector as a regulator and marketing specialist. He enjoys writing on issues related to the health sector. He tweets @sohailkhan4200 (twitter.com/sohailkhan4200)

The curious case of Pakistan's dependence on Indian pharmaceuticals