Live Blog: And the verdicts out, the Oscar goes to…. 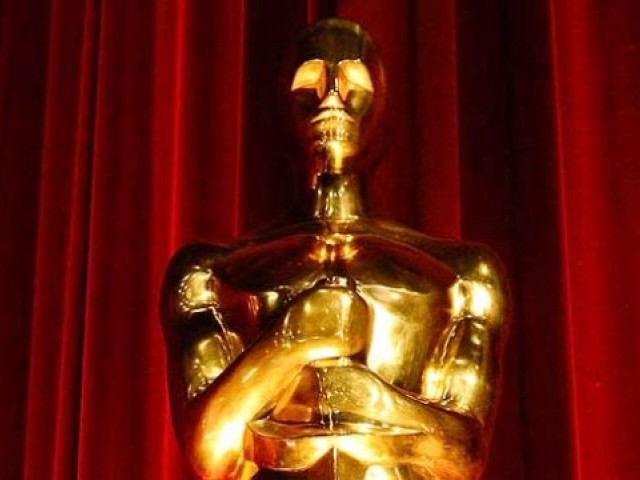 This is the time we have all been waiting for. Thought you would miss it? Well buckle up ladies and gentlemen as Laaleen Khan gives you all the Oscar updates you require right here.

Before the event starts, here are some predictions for you to enjoy that were sent to us earlier this year by our bloggers:

Predicting the winners: And the Oscar goes to…

Update: The event starts at 5:30am Pakistan time. @laaleen will start her updates at 5am to make sure you don’t miss a thing!

2:00am I’m hoping for some surprise wins instead of the largely predictable names sweeping most of the trophies this awards season (McConaughey, Blanchett, Leto or Law).

Here are 10 questions to ask yourself while waiting for the Oscars red carpet to unroll.

10) Do we care who wins Best Picture this year?

Let’s be honest about the nominations.

Despite all the hype, American Hustle frankly isn’t all that, even though I enjoyed Christian Bale’s Pakistani-Uncle-style comb-over and paunch.

The Wolf of Wall Street is too entertaining to win (what a pity).

Nebraska and Philomena remind me of screenings we nodded off to in film school.

12 Years A Slave, somehow, didn’t move me much as compared to watching the Roots miniseries as a child.

Her might’ve been more interesting with a funny-girl voice like Mindy Kaling’s instead of the blonde bombshell brand of beauty we associate with Scarlett Johansson’s breathy tones.

And I still haven’t been able to bring myself to watch Dallas Buyer’s Club or Captain Philips because I don’t feel the need to.

9) Will Dylan Farrow’s harrowing accounts of being molested by Woody Allen affect Cate Blanchett’s chances of winning Best Actress in a Leading Role for Blue Jasmine?

Not likely. Although, Meryl Streep’s revelation that Walt Disney was anti-Semitic may have affected Emma Thompson’s chances for Saving Mr Banks.

8) Will Matthew McConaughey refrain from smoking up before his (highly likely) acceptance speech for Best Actor In A Leading Role?

7) Will Jordan Catalano aka Jared Leto chop his hipster tresses for the red carpet and go back to his teen-idol looks from My So Called Life?

We wish! Anyone who drastically alters their onscreen appearance is a shoe-in to win Best Actor In A Supporting Role. From Nicole Kidman’s prosthetic nose in The Hours and Charlize Theron’s rough appearance in Monster to Christian Bale’s emaciated build in The Fighter. And Jared sure makes one hell of a beautiful tranny.

6) Who will emerge victorious in the battle between Jennifer Law and Lupita Nyong’o over red carpet Prom Queen and the little gold statuette for Best Actress In A Supporting Role?

Methinks it’s Lupita’s year for both.

This is his third Oscar nomination as an Actor in a Leading Role, not counting his Supporting Actor nomination in What’s Eating Gilbert Grape back in his pre-Titanic years. Oh well, he can always seek solace elsewhere. Two words – Victoria’s Secret.

4) Will George Clooney bring a date or hover around Matt and Brad?

Hmmm, I’d say hover with his pals and mingle with his Gravity co-star Sandy Bullock, who will also be on her own.

3) Will Angelina stun us with or remain in boring black?

There’s always a 95 per cent chance of Angie dressing in black. Oh well, at least Brad’s shaved so it’s harder for him to ugly himself up.

Brangelina with Lupita at A 12 Years A Slave dinner on March 1. Source: Lupita Facebook page

Brangelina with Lupita at A 12 Years A Slave dinner on March 1. Source: Lupita Facebook page

2) Will Julia Roberts show up after her half-sister’s suicide, who reportedly blamed Julia for her misery in her suicide note?

Not likely. I won’t miss her megawatt toothy grin.

4:00am As if celebrities didn’t already get their pick of freebies from couture gowns to dazzling jewels, this year’s $85,000 Oscars goody bags for all nominees include a free hair transplant, tea, wine, vodka, mace, lollipops, a home Spa system, sessions with fitness coaches and nutritionists and trips to Vegas and Japan.

4:15am She may not be nominated for her performance in The Wolf of Wall Street, but her red carpet appearance is sure to be fantastic! The 23-year-old Aussie beauty, Margot Robbie has a strong sense of style and wears what flatters her.

4:30am Musical performances at the Oscars sound like fun for once!

U2, Pharrell Williams and the hot favourite with every little girl under the age of 10, ‘Let It Go‘ from Frozen performed by Glee‘s Idina’s Menzel.

Kerry Washington is one beautiful pregnant woman with a long strapless gown fastened with a diamond pin.

5:35am This is a night for stunning pregnant women. Olivia Wilde dazzles.

Cate Blanchett looks like she walked out of a 50s Hollywood film – a Grace Kelly kind of elegance.

Anne Hathaway is wearing a black  gown with a metallic-looking bodice.

Jennifer Lawrence wears a red peplum dress by Dior with a diamond necklace draped along her back.

Handsome actors looking the opposite:

Jared Leto decided not to get his hair cut and sports ombre highlights.

5:50am Lupita is feminine in a pale blue chiffon. Her cleavage looks a little muscular though.

Amy Adams is predictable in navy.

Leo appears dapper and handsome as ever until you notice his goatee stubble.

6:12am The ceremony hasn’t even started yet and Jennifer Lawrence is trippin’! Literally! Stumbling on the red carpet. That’s why she’s so likable!

6:30am Brangelina look fabulous! Angelina is a vision in glittery metallic with dramatic eyeliner.

6:40am Margot Robbie disappoints with strange makeup. Brunette hair doesn’t do much for her either. Pretty girl made ugly.

Ellen starts her monologue…still not laughing.

7:20am Pharrel performs Happy from Despicable Me 2

And that’s a wrap people!

There were some disappointments and some cheering! Over all, I think most of the people who won rightly deserved it!

But I still feel pretty bad for Leo! I guess better luck next time!