Using literature as a window to the past 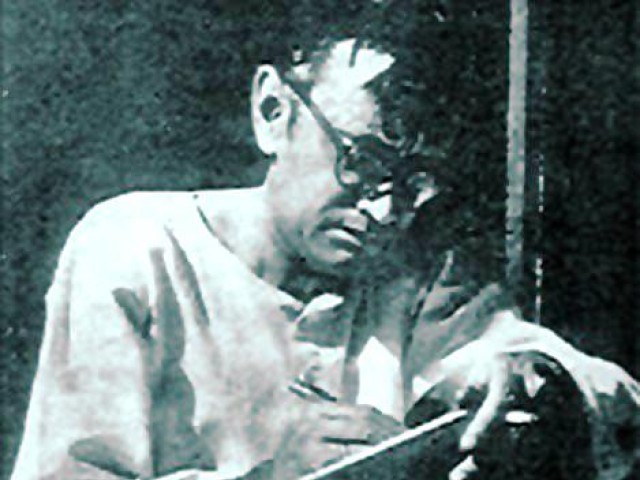 In all nation-states, history is distorted to create convenient narratives. Our country is suffering not only from the usual propagandisation of the past, but also because its fiction is being ignored as a source of both art and inquiry. The truth in the works of Faiz or Manto might be uncomfortable for us to face, but responsible education should be structured around seeking truth rather than obscuring it; understanding history rather than ignoring it.

Saadat Hasan Manto is one of the best-known fiction writers from the turbulent period during which the subcontinent gained independence and was partitioned. His stories focus on the sense of dislocation caused by the Partition, were popular in his time, and remain so today, although rarely at an institutional level. “Mere Sahib”, a comparatively little-read short story by the author, raises questions about something that many Pakistanis have asked themselves-who was Jinnah? Based on conversations with Jinnah’s ex-chauffeur, the story provides food for thought about 1940s India, a period we frequently shelf away as the “before”.

Alternately funny and moving, the story is a refreshingly honest appraisal of Jinnah the man, rather than Jinnah the politician. Azad, the chauffeur, offers bits of his own psychoanalysis as well as glimpses into the everyday quirks of the man. It is perhaps as much a description of Jinnah as it is a portrait of the fan following politicians had the potential to attract, as well as an extremely honest picture of the interests and passions that moved individuals to participate in the Pakistan movement on a personal level. While Manto bases his story on an interview, it is through his literary lens that we meet its characters. The chauffeur’s viewpoint, while intriguing in its own right, is ultimately a literary device which the author uses to illustrate his own feelings about Jinnah and his legacy.

Manto describes Azad’s support for the Muslim League as enthusiastic and youthful and driven by his age more than anything else: he was young and wanted a revolution, he enjoyed the thrill of marches and protests. But as he mentioned himself, “it was a time when Hindus did not try to kill anyone who uttered the word ‘Quaid-e-Azam’” He candidly describes his obsession with seeing the Quaid in person as well as the reason he believes he was selected to be chauffeur: Jinnah liked healthy, good-looking men, he said, perhaps because of his own physical weakness.

Some points that raised the most important questions were the ones about Jinnah’s connection (or lack thereof) with the average Indian Muslim. Manto provides comic scenes where Azad imitates Jinnah’s attempts to speak Urdu, which are astonishingly terrible for a man who insisted on championing the language as a uniting factor for all Indian Muslims. His legal acuity, which is never questioned, is depicted through his pool game: “He would spend a long time in his analysis. From this angle. From that angle…but if another angle come to his mind, he would stop, think, make sure.” Manto also allows Azad to throw in his own opinions generously; how Jinnah was as careful in the game of politics as he was on the pool table, how he loved his shoes “because they were always at his feet and moved according to him.” He paints a three dimensional picture of his sahib: intelligent, generous, disinclined towards small talk, bitter, lonely, removed, admiring of physical strength and beauty. What stands out most for the author in his conversation with Azad is the last question he asks him: “Did you ever hear Quaid-e-Azam say I’m sorry?”, and the answer he received: that if such a thing did ever happen, Jinnah would have removed those words from the dictionary forever. For the author, this “sums up the entire character of Quaid-e-Azam Mohammad Ali Jinnah” as far as he was concerned.

This bitterness is emblematic of Manto’s work about Partition, but its popularity in the 1940s and 1950s illustrates that it was a bitterness that many readers empathized with. Though I am aware that historical inferences through literature can be risky, I believe that “fiction…has provided an intense window on the personal experiences of 1947,” in the words of historian David Gilmartin. Fiction such as Manto’s cannot be taken for its factual value, but its popularity underscores the psyche of those who appreciated it. In a time when history, literature and art are all crying for their fair share of attention in Pakistan, Manto is only one example of an author who is largely ignored in formal education. If we really want to create a society where people are encouraged to think, inquire and above all, read, reclaiming authors who write in the vernacular languages would be a wise step to take.

*All translations are the author’s own.

School, college, prison: The ethics of the educated criminal

The privilege to be hopeful