Predicting the winners: And the Oscar goes to… 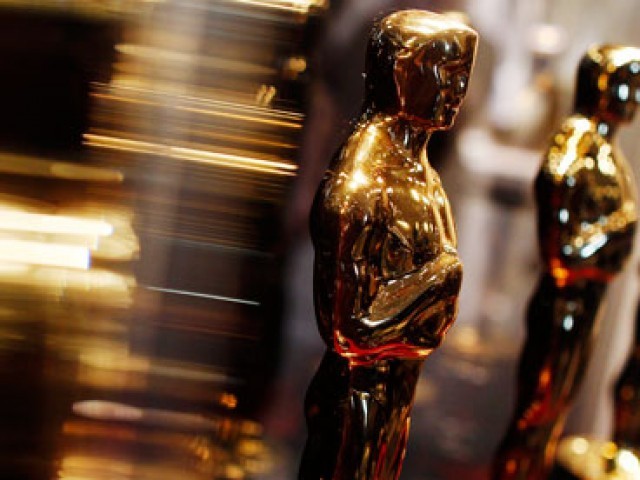 Earlier this year, we witnessed many substantial award ceremonies. But the Academy Awards (Oscars) are yet to come. PHOTO: REUTERS

When we talk about the Oscars, we mean good, quality films. During the previous year, we have seen some of the best cinema ever made. Topics that had not been dared to be produced before have admirably been made in recent works on the celluloid.

Some movies provide great entertainment while others create such an intimate bond with the audience that they almost blur their vision of reality. This year’s nominations have both these types covered, which makes me all the more excited about them.

Earlier this year, we witnessed many substantial award ceremonies. But the Academy Awards (Oscars) are yet to come.

Although, their nominations are out, here are some predictions about who will win the Oscars this year. And if these come true, then you’d know that you have found the next Nostradamus. Just kidding.

The nomination list for this year’s Oscars is seemingly very competitive. Leonardo Dicaprio of The Wolf of Wall Street is always amazing. We have Christian Bale of American Hustle, who has incredible acting talent. Alongside these, we have Chiwetel Ejiofor, with his careers best performance in the heart touching autobiography by Solomon Northup 12 years a slave. Also, Bruce Dern was incredibly outstanding in Alexander Payne’s Nebraska.

However, I see a competition between Leonardo Dicaprio and Chiwetel Ejiofor for the final win.

So many beautiful faces, in addition to some very extraordinary acting talents, these ladies have won the hearts of many cinema goers. Since the nominees are out, the fight for the Oscars has become a lot tougher.

There is Amy Adams of American Hustle, Sandra Bullock of Gravity and Meryl Streep of August: Osage County is present too, to fight for the Oscars, along with Judi Dench of Philomena and Cate Blanchett of Blue Jasmine.

I hold my heart while I make such a difficult decision, my pick would be Cate Blanchett. She has done some really amazing work in the movie and hence she is worthy of winning for her performance.

Jared Leto had never been as astonishing with his acting abilities as he was in Dallas Buyers Club, I’ll have to give him that. But, by looking at the other nominations, it seems that this battle too will not be an easy one. This year’s Oscar for this category will probably go to Barkhad Abdi, for his amazing performance in Captain Phillips.

This category’s nominations include our very own Julia Roberts, for her role in August: Osage County, but I don’t think she’s going to win. Regardless of her outstanding performance in Blue Jasmine, Sally Hawkins too has a low chance of winning this award. My pick for Best Actress in a Supporting Role category would be Jennifer Lawrence for American Hustle.

To predict the best picture of the year, I am a little nervous. It would be an injustice to pick one movie out of nine outstanding ones that have been nominated for this year’s Oscar. But we have to pick one, right? So the decision has to be made.

These films include edgy thrillers like Gravity and Captain Phillips and have some marvellous stories like 12 Years a Slave, Nebraska, The Wolf of Wall Street and Dallas Buyers Club. We have had emotional masterpieces like Philomena and Her, and entertainment packed punches with the likes of the American Hustle.

If I were the jury, I would pick Nebraska. But this post is not about my choices but rather about my predictions, and hence I feel that 12 years a slave will win the title this year. This real life story has this mindboggling charm and that charm has won this movie many awards this year, including the Golden Globes for best picture as well as the Bafta awards.

My prophecy: 12 years a slave

Every nomination in this category has its own inspiring charm that could win them this award. However, instead of funny animations like Despicable Me 2 and The Croods, I think Frozen is going to sweep this category.

Although The Grand Master, Nebraska and Prisoners were all awesome movies, Emmanuel Lubezki’s Gravity has done mind-blowing work and hence should win the award for this category.

Only one movie comes to my mind in this category –

My prophecy: The American Hustle.

This category has big names like Alfonso Cuaron for Gravity, David O. Russel for The American Hustle and Martin Scorsese for The Wolf of Wall Street. The award here should go to Alfonso Cuaron for his astonishing work in the space thriller.

Christopher Rouse has done a great job in Captain Phillips as a film editor. I think he should be awarded the Oscar.

This one should go to William Butler and Owen Pallett, for Her.

No doubts about it,

My prophecy: Let It Go from Frozen.

How can anyone decide which movie has the best visual effects if the choices include movies like The Hobbit: The Desolation of Smaug’, Gravity, Star Trek Into Darkness and Iron Man 3? Well, after much consideration,

My prophecy is: Gravity.

My prophecy: John Ridley for 12 Years a Slave will surely win.

This category includes American Hustle and Her, amongst other marvellous screenplays, but again, the winner is always one and so,

My prophecy is: Bob Nelson for Nebraska.

So these were my predictions for the Oscars this year. I can’t wait to watch the stars walk the red carpet and to finally hear the verdict.

My prophecy: Tonight’s gonna be a good good night!

Originally from a small town, Khipro, in District Sanghar, Sindh he is currently studying Computer Science at the International Islamic University in Islamabad and tweets as @milckshaikh (twitter.com/milckshaikh)