Why was my mamoo killed? 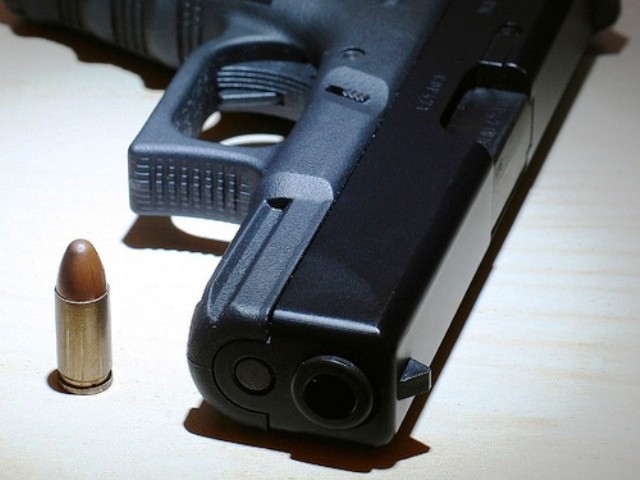 Another victim of target killing. Another family unbroken. PHOTO: AFP

The gunshot outside was deafening. The woman inside the house continued talking on the phone, thinking it was just one of those routine firing shots that are a norm in her area of residence. Moments later, there was a loud, insistent pounding on the door, accompanied with hysterical screams.

Startled, the woman hung up and rushed outside in a panic. All she saw was red, a pool of red. She squinted, trying to see past the flood of human bodies. That is when she saw her husband, motionless, lying in the pool of red. It took her seconds to comprehend. It was her husband’s blood staining the road and he was dying.

She looked at the swarm of men crowded around her husband’s dying form and shouted,

“Someone take my car and drive my husband to the hospital”

No one budged an inch.

“Please, someone! Anyone! Khuda ka wasta (for God’s sake), take my car and drive my husband to the hospital”

Again, no one moved, no one stirred. Someone told her politely,

“Baji, don’t worry. The ambulance is on its way.”

The woman didn’t quit pleading. She couldn’t fathom why they were all just standing around, staring and doing nothing. Helpless, she continued begging all those standing in a circle around her and her husband. But her efforts were in vain.

The ambulance took around 30 minutes to reach her house, during which her pleading continued. Little did she know that she was trying to seek help from people whose hearts had no mercy; such incidents happened daily and these people had grown indifferent to the whole routine of Karachi killings.

He was my uncle, my mom’s younger brother.

Five feet four inches in height, he was a harmless man with twinkling hazel-brown eyes and a sweet, charming smile. Unfortunately, he also sported a beard, prayed five times a day and wore his trousers in a way that his ankles showed. In short, he was a devout Sunni-Muslim and it showed.

But that doesn’t mean he hated other Muslim sects. No, because he generally didn’t hate. Yet, he hated one thing – violence. He was a firm believer of Islam being a religion of peace. In return, he got what he hated most.

My mamoo (uncle) was the type who believed in the motto ‘live and let live’. Easy-going, carefree and a down-to-earth man, he was your typical ruddy-cheeked uncle who you go out with to the zoo, Funland rides and an occasional jaunt to the nearby park. His oldest son is a nine-year-old, his youngest boy hasn’t even started kindergarten yet and his daughter is in grade four; nowhere near the age where fathers normally threaten the bad boys away. My aunt is not even 35 yet. I’m sure you can do the math and figure out how old he was.

It’s quarter past four now and I can’t sleep. The reason I write this is not because I wish to glean sympathy from the readers but because I am confronted with a question and the answer eludes me.

Why was my mamoo killed?

Was it the Shia versus Sunni war or was it a killing intended to spread terror in the city?

Was it because of some personal grudge?

Considering my mamoo’s case, the last question is almost ridiculous. He was an average, middle-class father and husband, who worked his back out every day to provide for his family. He was too busy with his little generator-repair shop to get involved in politics or any enmity. He never received a bhatta (extortion)-demand either.

So what was it? Did the gunman even know why he pulled the trigger on his head?

Did my mamoo know why he was being killed?

If the answer to these two questions is a no, then I have a new question for my readers.

What’s the point of Pakistan?

Muslim blood is being spilled and innocents are still being murdered. Unemployment is high, terrorism engulfs the country and Muslims are still oppressed. What was the point of our ancestors’ sacrifices? And now that it is created, is there anything worth living for in this country? Shouldn’t we preach our children, mantra-style, to leave this country and never return? I know people would be quick to attack my view but I wonder how many of them lost a father, a brother or an uncle?

I don’t want my loved ones’ blood to stain Pakistan’s roads.

I had always been an optimistic, patriotic Pakistani who voted for the ‘Bat’ in the May 2013 elections, and had patiently waited for a revolution.

I guess I was just another victim of false promises and hopes that people make to get their way.