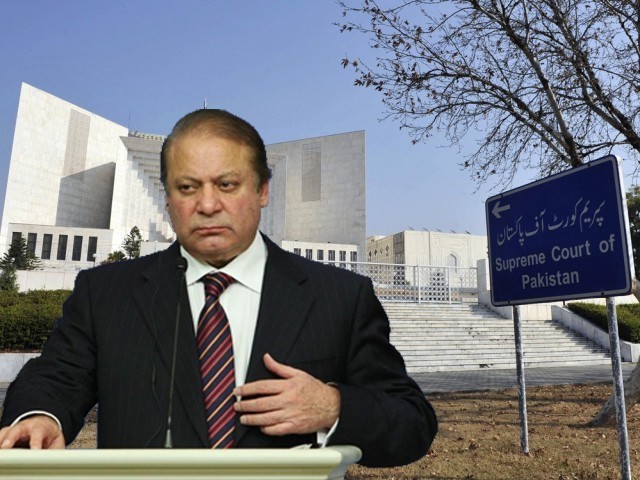 Nawaz Sharif should have stepped up to the challenge and tried harder to sell the concept behind PPO.

Leadership has never been our strong suit. When it’s time to step up to the challenge and rally the nation on a certain path, our leadership crashes; it always falls short of selling an idea and forming a narrative.

Similar is the case with the Pakistan Protection Ordinance (PPO), which has fallen victim to proponents on the left who argue that the ordinance violates human rights and may be a prelude to governmental tyranny.

Sure, point taken that it represents such implications. But this ordinance was made to bypass the parliament not because Prime Minister Nawaz Sharif is in the process of becoming a tyrant and nor was it passed through an executive order with malicious intent. Sharif knew that while the ordinance would make it through the National Assembly, it would face stiff resistance in the Senate and would probably be rejected, both for ideological and political reasons.

But even before enacting the PPO through executive authority, the prime minister could have stepped up to the challenge and could have at least tried selling the idea. He should have addressed and rallied the nation multiple times if need be, to convince the country why such measures needed to be taken. He should have tried to explain to the people that we need to go on a war footing to tackle our most pressing national concern.

Considering how this country yearns to be led, people would have bought it had Sharif tried harder. But instead, a much-needed and important bill was hurriedly enacted without much discussion. And it is now becoming the victim of its so-called tyrannical murkiness. It is being labelled as a ‘draconian law’ by many rights activists and lawyers who argue that the PPO will merely perpetuate existing ills rather than resolve them. They are screaming that such measures had been previously employed in Balochistan and Karachi but the situation remained unresolved.

However, it raises the question – what kind of a country do these people want if citizens are allowed to plan, perpetuate and execute separatist agendas and violence against innocent civilians on the basis of ethnic nationalism and religion?

Some of the PPO provisions might sound extremely alarming, including stripping someone of their citizenship, detaining them indefinitely and forming a parallel judiciary. But at the same time, the ordinance also clearly defines who it targets.

It lays down the rules by defining who is considered an enemy combatant or an alien combatant. At the end of the day, alien residents and illegal citizens who not engaged in anti-state activities or violent rebellion against the state, have nothing to worry about.

We could draw similar parallels with US surveillance activities which ultimately drag ordinary citizens into its fold. But then again, not many Americans have been worried about this except for civil liberty groups. And they shouldn’t be worried about this if they haven’t done anything wrong.

Citizens and society, during testing and challenging times, must compromise if such measures are put in place to protect the society as a whole. A balance between liberty and security must be struck. But one should realise that such measures are not being taken to deliberately limit our freedom or to invade our privacy. They are being taken because a few bad apples have found innovative ways of wreaking havoc and to counter them our security forces and security agencies need to be temporarily empowered beyond traditional means to ensure the well-being of law-abiding and innocent civilians.

This doesn’t mean that we must not remain vigilant. Although we should trust our men in uniform, we must collectively rise against the visible abuse of such authority. Our agencies must also be mindful that the abuse of their powers might serve as a recruiting pool for those whom these measures aim to counter.

This is a tough call but if I’m no longer alive, my liberty and privacy don’t mean anything.

So, in the future Mr Prime Minister, please develop a knack for public relations and strategic communication.

If you sell a policy effectively, we won’t disappoint you.