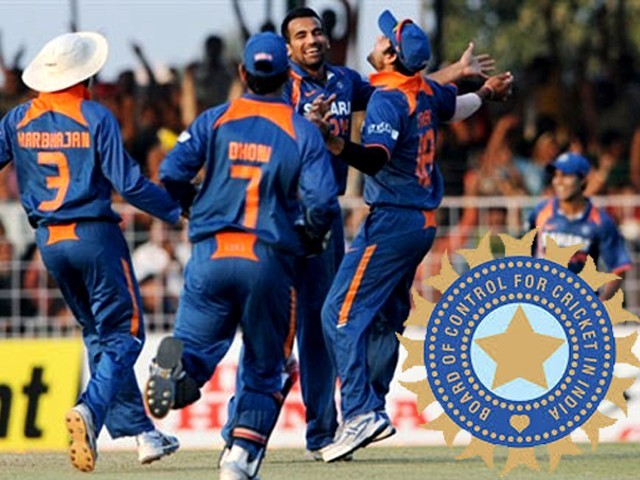 While India celebrates the approval of the 'Big Three', Pakistan may find itself in an even weaker positions.

Roll out the red carpet as the Indians walk in.

There was a time before the 2008 Indian Premier League (IPL), when cricket was sought as a gentleman’s game, played with pride. Of course, county cricket had been established for years before that but it never quite had the Bollywood opening ceremonies and attention that the IPL came to gain.

The Board of Control for Cricket in India (BCCI) under Lalit Modi developed and executed what was presumably one of the most revolutionary concepts in cricketing history. This is a sport of traditions, so establishing a league and throwing all the big names in one arena was quite frankly a brilliant concept and it helped re-ignite the dwindling interests of cricket lovers across the globe.

The IPL brought glitz and glamour to the sport. India superbly managed to merge two of its largest interests in one stadium and had the rest of the world hooked. When the league launched in 2008, it was incredible watching players from virtually every country battling it out. Fans were divided between Shoaib Akthar and Shoaib Malik, Kolkata and Delhi and it seemed the BCCI had hit the proverbial jackpot.

Now in 2014, the entire face of cricket is once again on the brink of change and only time will tell if this change will be for the better or worse. It has been five seasons since a Pakistani was allowed to play in the IPL, losing out on the millions of dollars the players stand to earn. Although our commentators and coaches are somehow considered safe and accepted, our players have been banned. The hypocrisy is blatant and yet no one cries foul since the entire world is afraid of facing the BCCI’s wrath. And thus, we enter the world that our friendly neighbourhood bully – the BCCI – proudly owns and uses to intimidate the world of cricket, one board at a time.

The International Cricket Council (ICC), the once well-reputed and respected council, has completely folded and succumbed to the whims of the Indian cricket board. It seems that the BCCI garners the most revenue and money makes the world go round. Country boards are afraid to contest them in fear of being ousted and banned from the IPL which is a major pull for their players. The ICC – much like the UN – is simply nodding along as the BCCI sets forth its own ideas and works towards implementing them, all the while setting aside the interests of players, fans and especially the game of cricket.

Last year we sat and watched as the BCCI cried foul on Haroon Lorgat’s appointment in Cricket South Africa (CSA), cutting short what looked to be an absolutely explosive tour between the two countries, and eventually played out only to the very bare minimum as set forth by the ICC. Fans of the sport suffered as the game of cricket took a hit.

As the IPL auction comes to a close, it is interesting to note that the players of countries who are wary of the ‘Big Three’ concept have not been bid on such as Sri Lankan Mahela Jayawardene.

It is also interesting to note that the BCCI has not faced any major backlash or repercussions amongst major spot-fixing scandals involving players and owners. In spite of the likes of Dhoni and Raina being accused of fixing, the BCCI continues to go about its business while the rest of the world stands by meekly with a beggar’s bowl, overlooking any and all allegations.

It seems unlikely that such nonchalance would have been acceptable by another board. But then, this is the BCCI and the ICC dares not question anything these days.

The theory of the ‘Big Three’ only further emphasises the power and greed that has contaminated the game of cricket. Moreover, the acceptance of such a theory – whereby India, Australia and England will be the three major stakeholders – renders the ICC virtually useless. If these three boards will make all major decisions, I shudder to think what will become of smaller, poorer nations like Zimbabwe and West Indies.

Will the game simply become about pleasing and serving the ‘Big Three’?

With no one to step in and fight for the welfare of cricket, money may continue to circulate among these boards while countries like Pakistan and Sri Lanka may find themselves in even weaker positions. When South Africa – the last hope – voted in favour of the ‘Big Three’, many believed it was the final nail on the coffin for Pakistan cricket.

On Feb 18, 2014, as Sri Lanka caved and the votes ran 9-1 in favour of the ‘Big Three’, Pakistan’s fears turned into reality. ‘Painfully accept’ is the phrase being used by many as the Karachi Press club even witnessed a protest and any clout the PCB believed they had was imaginary. There is a general belief that business, not emotion, should have been applied and a deal of some kind ought to have been executed to safeguard the interests of cricket in the country. This is a board with no hosting rights and the long- term implications of the ‘Big Three’ leave many weary.

Will cricket eventually go the same route as hockey and squash?

As we enter the Asia Cup, tensions are on a high and it will be interesting to see how the dynamics between the nations play out.

As for me, I would rather go back to 2007. I can do without the IPL, the sixes and the cheerleaders but I cannot do without the game of cricket. Right now the BCCI holds far too much power making them virtually invincible and tipping the scales unjustly.

Yes, money can do wonders to help boost the image of a game but in this case, it seems to threaten the very welfare of a sport loved by many – rich and poor.

All that glitters isn’t gold.