Is there a need for peace talks? 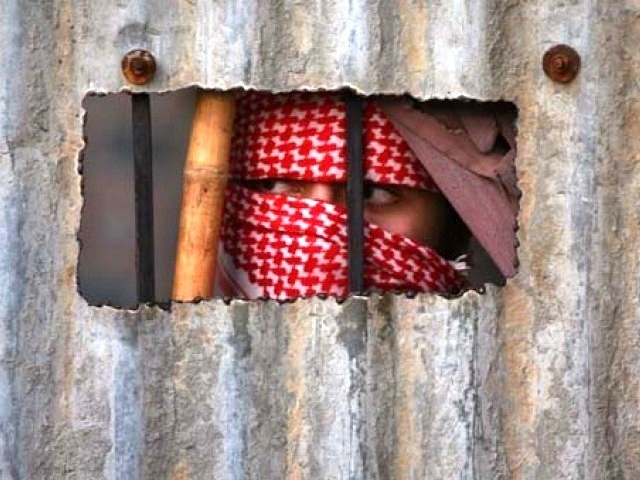 What is the need for dialogue when clearly there are laws against the very activities they are proposing to legitimise? PHOTO: FILE

The Government of Pakistan has been notified by the Mohmand Agency group of the Taliban that they have killed 23 Frontier Corps (FC) soldiers who were kidnapped four years ago from Shongari checkpost in Mohmand Agency.

It is ironic that this incident took place during ‘peace talks’, with both sides hinting at the prospect of a positive outcome within a few days.

While flipping through TV channels a few days ago, I realised that all I could see was that certain militant outfits had somehow managed to win the media war against the State of Pakistan. The only thing I seemed to have come across continuously were religious scholars, journalists, analysts and politicians debating about whether or not the Constitution of Pakistan was in line with ‘Islamic laws’ as perceived by these groups.

This debate continued despite us knowing full well that these militants have killed countless innocent people, and continue to do so even today, in clear contradiction to the Islamic Shariah. It would not be wrong to remind people here about how the Afghan Taliban gained power and control over Afghanistan – the only voice and the only views broadcasted to the people of Afghanistan were those of the Talibs.

The on-going peace talks even managed to revive the cleric of Lal Masjid, Maulana Abdul Aziz. This is the same cleric who ran away covered up in a burqa during the operation against the mosque, leaving young children behind to get killed.

It seems that our media supports the acts of such organisations that have managed to create their own private army, murdered citizens including armed forces personnel and have accepted the crime. They have attacked and destroyed strategic assets and yet, support from apologists has yielded – the previously unlikely – outcome of successfully forcing the entire nation to accept a distorted system that would legitimise their crimes.

Unfortunately, some of our politicians including those leading a huge number of youth from different cities, have demanded that this organisation be given a chance and brought into mainstream politics and even parliamentary affairs.

Article 256 of the Constitution of Pakistan clearly states,

In addition to this, the Pakistan Protection Ordinance (PPO) enacted recently, clearly states that ‘a group of people or a person involved or suspected to be involved in waging war against the country will be eliminated through force’.

After the enactment of such laws and the prevailing constitution of our country, do we still need to listen to views prescribed in the 15-point agenda or their version of Shariah for the nation?

What is the need for dialogue when clearly there are laws against the very activities they are proposing to legitimise?

Where will the government use the above-mentioned ordinance if not on such organisations that have blatantly disregarded the law of the land and killed our people?

If, however, we were to decide that negotiations will help us, wouldn’t it be mandatory for the committee to be impartial and comprise of members from each segment of our population?

After all, both Islam and our constitution have given women the right to education and to live a respectable life. Would a representative of Pakistani women allow a state system to prevail that supports practices such as bombing girls’ schools or flogging women?

How then, can Maulana Samiul Haq accept such views?

Even if peace talks do take place, I do wonder whether dialogue is the only way to truly bring peace in Pakistan. And if this is true then why did the same government feel the need to launch an operation against criminals in Karachi? Why have negotiations not yet taken place with the Sardars of Balochistan?

Who would have thought that after 65 years of independence, we would be wasting our time on electronic media deliberating whether such organisations are worthy of dialogue or not – instead of discussing solutions for unemployment, inflation and electricity shortage?

Why are we – the people – being forced to listen without being given the option of raising our voices against these views?

Why are we letting them brainwash us?