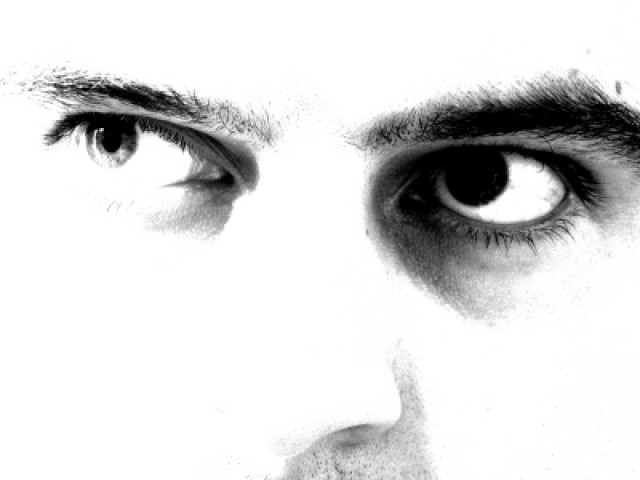 The watchful gaze of the 'protectors of innocence' can be a nightmare.

You may have come across them. They are at schools, colleges, offices and maybe even in your family. It seems they are every where, the protectors of our innocence the ghairat brigade.

A relative who often sports a beard, is a strong believer in Mullah rule,  fanaticism and a proud patriot. He uses social networks (mainly for cyber-stalking girls), but is offended by his female relatives using the same technology. His ghairat awakens. He warns females about the many evils of  “cyber boys.”

He proudly roams around with three or more girls at a time but disapproves when he sees any of his female friends talking to someone else. He especially doesn’t appreciate his ex-girlfriend speaking to other guys. He is lazy and slow. Amazingly, his sense of ‘decency’ remains dormant when the time comes to work on group projects, and he has no qualms about letting girls do all the work (even if this involves being put in some difficult circumstances) to get an A.

This is one of the most hypocritical men you will ever meet. He teases women on the street and physically harasses them in crowded places. However, when women protest, he is the first one to feign innocence and say things like, “What has happened to the people of this nation?” or “Don’t worry Baji.” Although he frequently harasses women, he is capable of pulling out a gun if anyone does the same to his female relatives. He often tells women in his family “zamana kharab hai,” but ogles girls in public places.

This person is the first to leave commiserating comments on blogs about sexual harassment or prostitution. He sends idiotic messages to girls who contribute to and comment on the blogs. His “ghairat” is only active at the time of reading the blog, but becomes passive when sending a stupid email to the writer.

Champion of the oppressed

This is the most innocent member of the brigade. All he does is constantly call someone “qaum ki beti” without really knowing her case or checking the facts. His ghairat only awakens when bad news about her is on the media. It doesn’t wake up when thousands of women are forced into prostitution, trafficked, abused, killed in the name of honor, raped and harassed. It only becomes active for one woman.

She is a call girl. She has supported her family for years. Her family lived on her income for years. She educated them with her earnings. Her siblings grew up on her money. Now they are highly respectable doctors and engineers and she has become a symbol of shame for them. They are independent now and their ghairat has suddenly awoken. They want to marry into respectable families now. Their sense of decency was passive when they were being fed on her earnings.

How do you feel when you hear a father asking his sons not to have any girlfriends? This famous dad had more than four girlfriends in his time and they were all celebrities. His ghairat is applicable to his children only. Another famous dad criticizes girls when they study in co-ed schools and go on educational trips with their colleagues, but is silent in his own daughter’s case.

He is a famous director who proudly defends his wife and daughters makes objectionable demands of women entering the modeling field. His double-faced behavior makes little sense.

Blast from the Past

She is a grandmother who, is the first one whose ghairat awakens upon seeing an advertisement for birth control or her granddaughter’s uncovered head. She forgets that she too used birth control for a long time. She forgets about the skintight, short, sleeveless clothes she wore in the sixties. Her sense of decency is generation-based.

He is a new lecturer at a college or university who doesn’t want to see his students interacting with the opposite sex. His ghairat awakens when he sees people flirting and frequently lectures them about it. However, his strong beliefs are not as evident when he flirts with students and finds excuses to call them to his office.

No one needs any special alarm clock to awaken their ghairat. Social stereotypes are enough for that. It only awakens at special times and during favorable seasons.