Five reasons the iPhone is still better than the Android 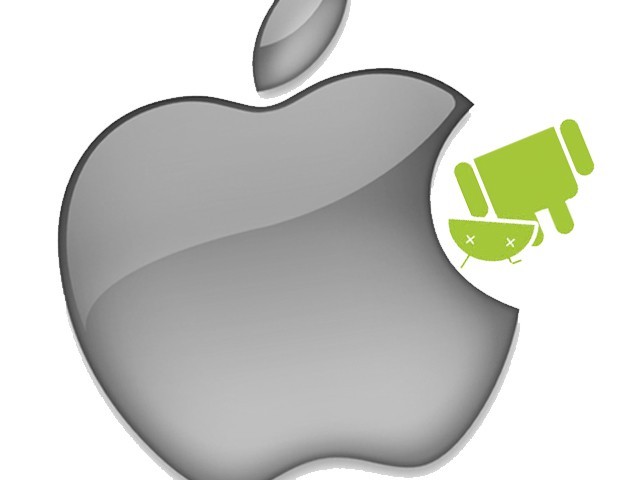 From toddlers to grandfathers, it took near to no time in learning to navigate through iPhone. The simple interface of iOS not only led the user to perform desired operations in lesser steps but also helped in focusing on getting the real utility – rather than making way through distractions.

I am an ordinary, anti-capitalist consumer who wants the best out of his bucks and believes in value for money, instead of solely in spectacular branding. I am not some jingoistic iPhone fanboy and have been using the Android for a year now in order to truly explore the platform. Therefore, what I’ll point out would most likely be empirical.

I won’t be scratching out the long-discussed, stereotypic differences revolving around the typical specs sheet – camera, ram, processor, screen size and the likes – but the spotlight of my reasoning will be focusing on a more important thing, the overall user experience. After using any smartphone for a reasonable time, it’s only the overall user-experience that matters most and ultimately makes any smartphone a great one.

Let’s start with discussing which platform is safer.

You have a smartphone; you will have important personal data and family photos/videos in it and you’ll definitely want this data to be secure – as secure as Coca Cola’s formula in the Vault of the Secret formula. But let me ask you a disturbing question that may get you deported from Utopia; how will you, in this world of matter and time, practically ensure that all this data remains safe and doesn’t get into the wrong hands?

Your password cannot protect it as long as the data is stored in the memory card, because on restoring/flashing the phone, the password will be removed and the data can be accessed. More conveniently, the memory card can simply be removed to access data.

Android users put their data in SD-cards, because storing too much in the phone’s memory can affect the phone’s performance. The iPhone, however, managed this threat from day one by not incorporating the removable storage option in its phones. In order to use your iPhone, the intruder will have to wipe your phone’s software which, as a result, will clean all of your personal data.

Since the Android is an open-source, it means anyone can pick it, modify it and create a customised version. If you are using any such custom Android version on a foppish Chinese smartphone, you are prone to bugs and hacks. The iPhone, on the other hand, has a closed-source software (iOS) and the only available version of iOS is Apple’s official version.

You have a lot of hardware to choose from in the Android platform; different manufacturers, different models, different screen sizes, multi cores and much more. But let me take you to the other side of sanity. A lot of options also mean different hardware combinations, custom versions of android and different marketing priorities of manufacturers.

The issue is, when Google releases an Android update, it’s not fit for all phones. Specific hardware and other specifications put the user in difficulty because they do not know whether the required specifications will be compatible with the various phones brought into the market. In the same way, even manufacturers don’t know the exact requirements of the new software and may sometimes make only certain phones that will comply with the requirements of that software.

Android developers also face this curse because their apps give different performances on different phones; the phone with the ideal hardware specs will perform well, but others may not necessarily exhibit all the greatness of a developer’s work. And yes, what will you do of double, quad and penta cores, if these are only numbers in the specification-war and merely affect the overall user experience.

In an iPhone, you get the best of both worlds; because Apple’s engineers know exactly what the hardware running their operating system (OS) is going to be and can tweak the OS to make it run as efficiently on that hardware as possible.

Google added the butter effect in the Jelly-Bean software update for a smoother user interface; this somehow helped it in getting better interface flow. However, the Android is still not as smooth as the iOS. The reason is that the Android and iOS are both built on different architecture.

Great apps, to the iOS first

The dearly loved habitat of new applications is usually the iPhone. The iOS is the nursery where many great apps gain popularity and consequently move to other platforms, like WhatsApp, Instagram, Angry Birds and the list goes on. But I have a list of some high quality iOS apps that have yet to be released on the Google play store.

So what’s the enigma?

Actually, tempting higher profit margins in the iOS appstore is one factor but what’s more significant is the fact that developers only have to work out and ensure their app is working fine on a limited number of iPhone models, which means lesser investment in time and testing. In the Android, it is a completely different and daunting ballgame; with approximately 12,000 different Android devices – with different screen sizes, processors and versions of the Android, there is a need for more meticulousness, investment and time.

The initial versions of the Android were cluttered with more settings and menus but the iPhone’s popularity made Google jump onto the bandwagon too. With every new software update, they are trying to make the Android simpler and easier to use. Apple, however, has already done that.

It takes no time for anyone, from toddlers to grandfathers, to get a hang of the iPhone navigation. All system-wide settings are put in one settings folder so that the user gets a distraction-less experience, while in an Android you have to deal with particular settings in each app that you use. The simple interface of the iOS not only leads the user to perform desired operations faster, without the hassle of a ten-step manual.

Beside the edge Apple Incorporated has over Google with regards to innovation, I believe the protagonist of smartphones will have to remain vigilant in preserving what it has entrenched, the ingenious iPhone ecosystem, otherwise the fidelity of the users will be lost in this war between inflation and brand loyalty.

To make the long story short, my verdict is that the Android is loved by some but for the rest of the 99%, the iOS is a better choice.

A chartered certified accountant and internal auditor by profession. Does programming, designing and writing as a hobby and is fond of reading and travelling. He tweets as @m_adnaan (twitter.com/m_adnaan)