Do as Wolfswinkel does: Stop sparking controversy, Mourinho 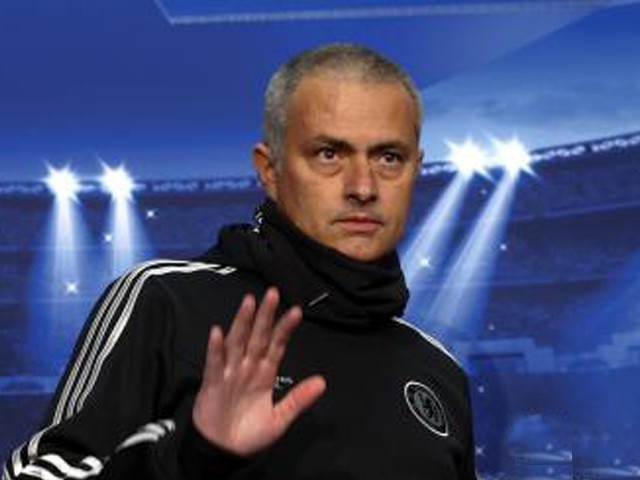 The English Premier League (EPL) fans and the British media may get to see the real Mourinho – the one full of scorn and arrogance. PHOTO: REUTERS

It seems like Norwich’s striker Ricky van Wolfswinkel will be gaining heaps of praise, not for his playing time at the Carrow Road to date but for setting a rare example of sportsman spirit.

While many are busy criticising the Football Association (FA), including Jose Mourinho, for not suspending Yaya Toure over kicking Wolfswinkel during their match over the weekend, the Norwich striker came out supporting the FA’s decision not to suspend the City midfielder.

Wolfswinkle surprised many by supporting the FA’s decision not to suspend Toure.

He further added that he would be disappointed to see the Ivory Coast magician off the field. This should be seriously embarrassing or maybe disheartening for the Chelsea manager and those in the print media trying to build a controversy out of it. Perhaps the best way to deal with such embarrassment would be to let the incident fizzle out but I am sure Mourinho thinks otherwise since the self-acclaimed ‘special one’ thinks that he always gets it right.

Although I agree that Mourinho was correct in pointing out the error in Pellegrini’s opinion that the Blues are just as spendthrift as City and hence, not really the ‘little horses’ they claim to be, the manner in which he replied to the Chilean’s comment was nothing short of an insult with his reference to a calculator. He further went on to say that while City was built for the short-term, he planned to build Chelsea for the long-term.

It seems to me that he is secretly jealous of dynamic personalities at the Etihad such as Silva, Aguero, Hart, Toure, Kompany and now Fernandinho, despite having a number of stars on his team as well.

And I believe this jealousy is beginning to get the better of him and the lessons he learnt at his last campaign at Real Madrid. He has been quiet for most of the season, has pushed aside title ambitions and downplayed his squad’s potential to win the Premier League which is quite unlike his 2011-12 campaign at Santiago Bernabeu when he made the strongly narcissistic statement,

“We are the champion of champions, we are Real Madrid.”

But his recent exchanges with Pellegrini are a sign of things to come and English Premier League (EPL) fans and the British media may get to see the real Mourinho – the one full of scorn and arrogance which will only get worse if Hazard gets injured or loses even some of his current sparkling form.

With football increasingly coming under the radar for paying players an awful lot of money despite the constantly declining ethos of the game, I think it has become all the more important for managers to at least display an adequate character and values, if they can’t aspire to be great role models. There is no denying the fact that Mourinho has achieved a lot and he is already mentioned among the all-time heroes of soccer management. But even with all that silverware in his cabinet he is as spiteful as ever – in fact he has become worse.

On the other hand, Wolfswinkel has earned a fan in me. As for Pellegrini, he should continue to remain calm and quiet since he has been deadly this way thus far. Why change that and become a sore loser?

A research analyst by profession with an avid interest in movies and soccer, he tweets as @nabilsaleh85 (twitter.com/nabilsaleh85)

10 of the best young strikers to keep an eye out for at the 2014 FIFA World Cup!

FCB vs Atletico: The outstanding, the mediocre and the ugly

Barca vs City: Where did Pellegrini go wrong?