Nuclear weapons are not safe in the US 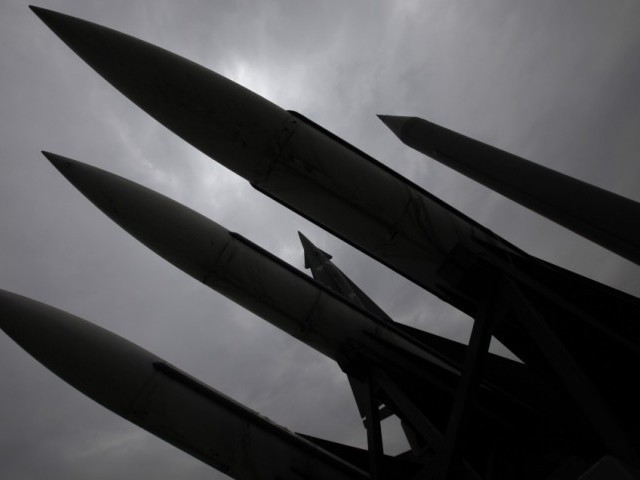 In the US, 34 nuclear missile officers were implicated in a cheating scandal and were later stripped of their credentials. PHOTO: REUTERS

The world is once again taken aback by the news coming from print and electronic media about the safety and security of nuclear arsenals of the United States. The surprise is intensified because the US keeps warning other nuclear states about safety measures.

The largest breach of security in US’s nuclear force took place on January 15, 2014, when 34 nuclear missile officers were implicated in a cheating scandal and were later stripped of their credentials. However, within a matter of 10 days the number of officers implicated reached 90, more than double of the original number.

This means that more than one-third of the certified launch officers at Malmstrom and approximately 14% of the entire air force cadre of nuclear missile launch control officers were involved in the scandal. Malmstrom is considered home to the 341st Missile Wing, which is one of three Intercontinental Ballistic Missiles ICBM groups.

Lt Col John Sheets, a spokesman for air force Global Strike Command, who manages the nuclear air force, refused to comment on the number of additional officers associated with the cheating scandal.

Reports further revealed that these officers used unfair means to pass the monthly test on their knowledge of how to operate the missiles. They texted the answers to each other during the assessment test. It is pertinent to note that these officers maintain and operate 450 of the nation’s nuclear missiles.

The scandal emerged during drugs investigation that included two of the 34 officers. The drug investigation encompassed 11 air force officers across six bases in the US and England.

The six air bases are:

5) Schriever Air Force Base, Colorado and

Among these, the first two bases are the ones where the current drugs and cheating scandal took place. The most threatening issue is that nearly 450 ICBMs are currently deployed at these six airbases. The ICBMs are considered the most vulnerable to mishandling, accidental launch and unauthorised instigation.

According to a map issued by the Public Emergency Management Agency, these ICBMs are pointed towards Russia. Any destruction caused by an accidental or unauthorised launch by these apparent, drugs addicted officers, will be catastrophic.

Recently, the Associated Press has reported a lack of security and morale amongst the crew that is deployed on these bases. The crew is unsure regarding their careers and see it as unpromising.

Nuclear security issues in the US are not just limited to the lower level; the issue exists at the top as well. In October 2013, Major General Michael Carey, commander of all land-based US missiles, was relieved of his duties for being drunk during an official visit to Russia. Interestingly, in his speech, General Michael Carey, said that,

“We save the world from war every day.”

Ironically, he said this in a drunken state and the reality is that his crew would have led the world towards devastation had he remained in-charge.

Deborah James, the new air force secretary said this was the failure of a few officers, not the failure of the entire nuclear mission. This, however, I don’t seem to understand, it won’t take a mission to fail, it would take just one officer to make that happen.

Earlier in 2008, the US Defence Department, by mistake, shipped ballistic missile components to Taiwan. The global community was flabbergasted and raised concerns on such a major security lapse from the United States but, instead of taking pre-emptive measures, the US continues to point fingers on other states for their security structures, all the while ignoring its own shortcomings.

Many questions come to mind at this point.

Are the US Missiles safe from its own officers?

Is it necessary for the US to keep 450 ICBMs?

For these answers, we’ll wait for the review of the ICBM forces structure. The review will be all about examining the health of the nuclear force and to pin point issues that affect the morale, professionalism and performance of the people who make up that force.

Unfortunately, the dream of the Global Zero hasn’t materialised in its true essence yet.

According to latest estimates, the US possesses an active stockpile of approximately 4,650 nuclear warheads. The presence of having more powerful nuclear weapons, 50 times more destructive than the bombs that were dropped on Hiroshima and Nagasaki, is alarming.

Very few nuclear weapons are enough to destroy an entire planet; the US alone possesses thousands, and disturbingly enough, these nukes are left in the hands of unprofessional drugs addicts. The level of irresponsibility, coupled with recent events, makes one wonder about the vulnerable position in which the US has placed our world.

A student of International Relations at Quaid-i-Azam University Islamabad. He tweets as @yasirhunzai1 (twitter.com/yasirhunzai1)

Western hypocrisy: Pakistan’s nuclear weapon is a threat but India’s is not?