Whose country is this anyways? 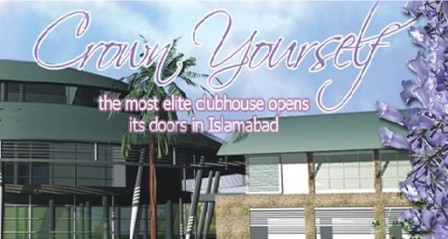 The Citizens Club, at a cost of Rs 1.245 billion would be modelled on the Islamabad Club.

Over the past few months the case of commercial activities in F-9 or Fatima Jinnah Park in Islamabad has seen the the CDA, the owners of Megazone and the Nazriya Pakistan Council embroiled in a case of illegal possession in the Supreme Court.

One of the projects under review was the construction of the Islamabad Citizens Club by the CDA. Sadly, this was hardly the first instance ofencroachment by the land mafia or the state on what is a designated public space.

I find it very hard to get my head around why in a country such as Pakistan, where millions are struggling to put food on the table, the state would allocate tax payers money to develop clubhouses?

Reportedly, the Citizens Club, at a cost of Rs 1.245 billion would be modelled on the Islamabad Club. There would be 48 living suits, the usual mix of swimming pools, squash courts, tennis courts and a cigar room amongst other facilities.

The construction of the new club has been justified as the Islamabad Club has become “over-crowded”. Again, I find it hard to rationalize why the people of Pakistan should have to subsidise the recreational facilities of our elites.  Syed Irfan Raza writes in 2004:

With a market value of over Rs4 billion and that too in 2004 I find it shocking that the said property is leased out by the government for a mere Rs1 per acre. I truly hope that someone can correct me on this and point out how the Islamabad Club is operating independently and financed without placing a burden on tax payers, either directly or indirectly.

While the government has withdrawn billions in subsidies, increased electricity and gas prices with impunity, with inflation in double figures, it seems criminal that it cannot at the very least revise the club’s lease to reflect the properties current value. If this is not an example of cross-subsidization of our elites’ plush lifestyle then what is?

In a rather flattering article on Islamabad, Yoginder Sikand writes:

The Islamabad Club, where the organisers of the conference I had come to attend had put me up, seems like a relic from colonial times, only that it was built much after the British departed. It is the favourite haunt of Islamabad-based bureaucrats, army officers and landlords, heavily subsidised for their benefit, as in the case of similarly stuffy elite watering holes in India,

Now, don’t get me wrong. If people after paying their taxes, their utility bills, decides to spend some of their hard earned income on a membership at a club, that is their prerogative. However, when the state and her institutions actively promote and subsidize such activities, one must ask whether our leaders are one of the masses?

This sense of institutionalized elitism seems to resonate with our society. Defence Housing Authority – Islamabad is offering memberships to the newly constructed club, Jacaranda. The membership categories on offer are “Elite Category” and “Royale Category”. A banner on its home pageproudly proclaims: “the most elite clubhouse open’s its doors in Islamabad”.  While the introduction states, “A world of opulence awaits you… where picturesque walkways guide you to the breathtaking Jacaranda Family Club.”

As the DHA is a military welfare organization, the military a public good, staffed and managed by retired Army officers, with serving officers members of the governing body – is it not ironic that these repeated pronouncements of opulence, elitism and royalty is coming from a public sector organization which has statutory status under law. Given that in the eyes of the law everyone is equal. Unless the law of the land has been framed to grant privilege to the few?

I may be making a mountain out of a molehill; however it seems somewhat perverted that those who are appointed to lead us and on the tax payer’s payroll are indulging themselves at the expense of those who struggle to find their next meal. Worse still, a culture seems to have developed within all our state institutions, which actively promotes a sense of entitlement. A sense of entitlement which given our current economic state, should be considered a privilege rather than a right.