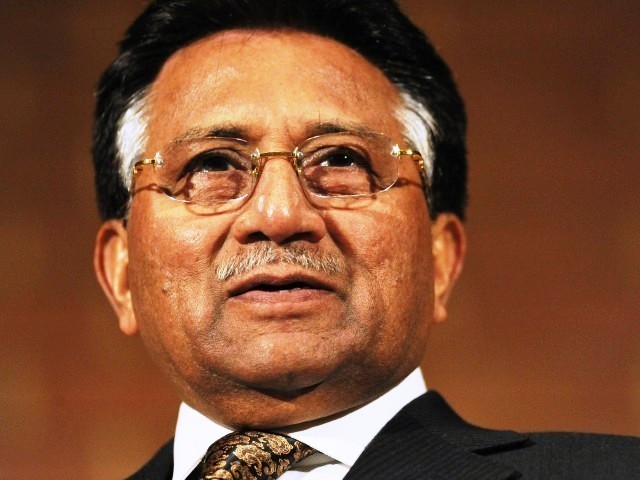 The General is poised to return

Prime Minister Gilani said at the National Assembly session to leave former president Pervez Musharraf to himself and let him exercise his right to a political career in Pakistan. President Zardari said that if Musharraf wants to return, he will have to cross the same bumpy road as him to get to the presidency or premiership. Nawaz Sharif, Chaudhry Shujaat and the remaining politicians, including religious parties, want him tried for treason, Dr Aafia’s case and introducing extremism in the country.

Since the launch of his party on October 1, Musharraf has been on a political offensive. He has talked about the deal with Nawaz Sharif and Benazir Bhutto. He has also reportedly accepted that the military trained jihadis to force India to the discussion table to resolve the Kashmir issue – a statement which he has now backtracked from.

His opinions and speeches have led most of his opponents to start wondering what he’s been smoking!

However, these are just some of the achievements of the man when he was in and out of uniform.

3.       The IT industry was valued at around $2 billion, including $1 billion in exports and employed around 90,000 professionals.

5.       The telecommunications sector attracted around $10 billion in investments and created over 1.3 million jobs.

6.       Industrial parks were set up throughout the country for the first time.

7.       Mega projects such as the Saindak, Rekodiq, marble production, coal production, mining and quarrying were pursued.

13.   Seven motorways were completed or were under construction,

15.   650 kilometres of coastal highways were constructed.

16.   A historic 100% increase in tax collection (amounting to Rs1 trillion) was observed.

17.   Large scale manufacturing was at a 30-year high, and construction at a 17-year high.

18.   Copper and gold deposits were found in Chagai, worth about $600 million annually if sold.

21.   The economy was the third fastest growing economy after China and India .

22.   The Institute of Space Technology was established.

24.   The University of Science and Technology, Bannu, was established.

25.   The University of Hazara was founded.

26.   The Malakand University in Chakdara was established.

27.   The University of Gujrat was established

28.   The Virtual University of Pakistan was established

29.   Sarhad University of IT in Peshawar was established

30.   The National Law University in Islamabad was established

31.   The Media University in Islamabad was established

32.   University of Education  in Lahore was established

49.   There are now more than 5,000 Pakistanis doing PhDs in foreign countries on scholarship. 300 Pakistanis receive PhD degrees every year, in 1999, the number was just 20.

This was some of the good Musharraf delivered to Pakistan during his martially-democratic rule from 1999 to 2008. Strange how quickly we forget his foreign policy efforts, which helped elevate the image of Pakistan globally added acceptance value to our green passports. Even the Indians next door were ready to discuss Kashmir for a solution and praised the man for his sincerity, honesty and amicable handling of the issues.

Of course, he has the right to tell his opponents, “tameez say baat karo, warna munh toor jawab millayga” and it is true that most of them are keeping quiet since he said this in a recent  interview with Express TV.