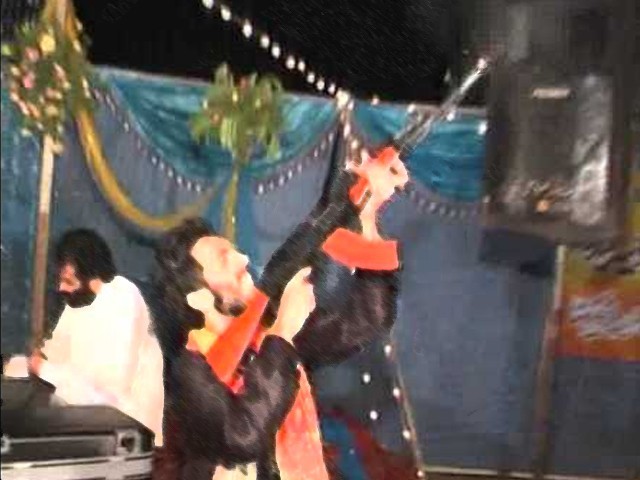 Without fail, someone, somewhere in Karachi thinks a wedding is incomplete without an explosion.

Since months now, every second night, some fat cat decides to mark a wedding with insane amounts of aerial firing, followed by what – to my untrained ear – sounds like a small bomb blast.

You’d think by now, people would have realised that this is a) unsafe b) uncouth  and c) something that will make people wake up at 3am in panic – any of the above realisations should easily bring an end to such behaviour. Forget about how all this might be illegal – after all, that’s never stopped us from having a bit of ‘fun’.

Nope. Without fail, someone, somewhere in Karachi thinks a wedding is incomplete without an explosion. Can’t find fault in that logic, except, this isn’t quite the joyous release of expression every couple looks forward to on their wedding.

So what exactly are these men – young and old, big and small – compensating for? That’s the question which always pops up. Is it the fact that they have no other forms of expressing? Or is it because, at home, their wives have a vice-like grip on something or everything?

Perhaps shooting like whack jobs is just another way to say,

“Hey, I am on top of the social and marital pyramid!”

For in that trigger happy moment, all feelings of insecurity might be erased by some testosterone high.

Several authors have written about the ‘sexual and cultural displacement’ which men feel and compensate for with the instant gratification of a quick bang. Agreed, a lot of this literature is about the white male, but the parallels are easy to draw.

It is easy to list the number of things which could have displaced the security men felt in their masculinity, but let’s not open the Pandora’s Box.

If your follow-up argument is that aerial firing is an old cultural norm in most parts of Pakistan, please holster it. Even if it was a norm in some areas, surely you can hear how it’s been adopted by all your neighbours. Surely you can hear the ‘competitive’ explosions.

Sadly, my men, shooting faster and louder seems to have perforated not much, other than my eardrums and everyone’s peace. It has killed more than a few, but what’s a few dead bodies between you and your fun times.

Just as an aside, where exactly are our MPAs or has the apparatus of Karachi’s governance just shrivelled into impotency? Perhaps gun control is something their more powerful constituents will not be happy with. Does implementing the law detract some of the pleasure they experience with ‘my gun is bigger than yours’ showdowns?

I know, too many questions – too many references to manhood.

Just… next time, before you all congregate to fire your load, think about these references.

Shaan Dahar – A journalist who died as a result of aerial firing on last New Year’s Eve.

Ghulam Mustafa – A former employee of Pakistan Steel Mills, who still lives with a bullet in his head, courtesy ‘celebratory’ firing on chand raat (night before Eid) in 2011.

Personally, I think Wazir Hussain’s case is the most tragic and the most apt example of all things wrong with chalo, khushi mein golian chalain (Come on, let’s fire our guns in celebration). Wazir was accidentally shot dead in aerial firing outside the girl’s house, dead before he could claim his bride.

I’d say that’s cause for a ceasefire.

Naya Pakistan, where Salmaan Taseer's murderer is a hero