Named and shamed in Utah: How can you deny food to elementary school students? 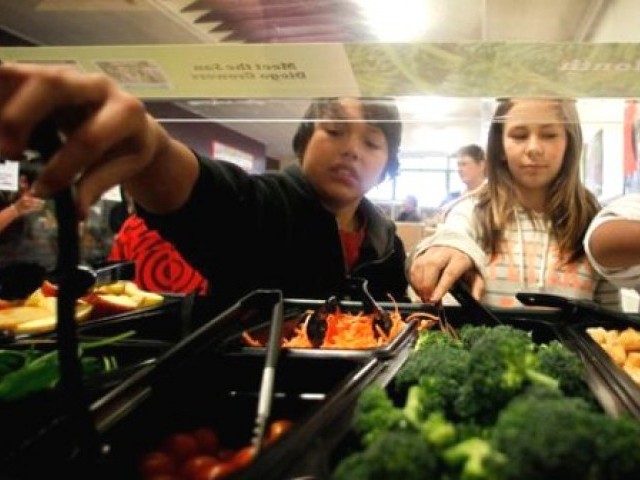 My friend was taunted and bullied by his peers. He has become a social recluse because of the cruelty he suffered at the hands of his school-mates and teachers alike. PHOTO: REUTERS

Imagine this scenario. You are in high school, perhaps 11-years-old and you walk in to the cafeteria with a group of friends. You line up at the food counter, wait your turn anxiously because you have been working hard during lessons and are absolutely famished. Your turn is next.

“Do I get the pizza or the burger?”

You can’t decide because they both look so good and you are truly very hungry. You flip a coin mentally and decide to go with the pizza.

As you proceed down the line with your tray and pizza, you see something rather odd happening in front of you.

A student standing in front of the till, who you recognise to be a grade below you has started to cry. His food tray has been snatched and thrown into the garbage. He is handed a piece of fruit and milk instead. You hear something like ‘no money, no food’ and you are instantly terror stricken.

How embarrassing would it be to be called out in front of your friends for having no money in your meal account to pay for your lunch?

How humiliating would it be to sit amongst peers with no lunch tray because you had a negative balance?

The little boy has gone and sat at a table with his friends who are all enjoying their lunch. You notice that he is still crying. One of his friends offers him half of his pizza while the others laugh at him and tease him. The nutrition managers don’t seem to care at all. In fact, they snatch a dozen other students’ lunches and warn students to tell their parents to pay off their negative lunch balances.

With shaking hands, you swipe your card at the till and then breathe a sigh of relief as your tray hasn’t been snatched from you and thrown into the trashcan. But you really aren’t very hungry any more.

How can you be when you have witnessed such a brazen display of bullying?

You nibble at your pizza and wonder if tomorrow you will be the student who everyone is whispering about and pointing at.

Does the above incident seem like it has taken place in a backwards country where people are not sentient to the fragility of little children? Does it seem like it occurred in a country where the education rate is very low and human beings treat their own like unworthy animals?

I was shocked myself when I read that this unfortunate incident had taken place on Tuesday, January 28, 2014 in Salt Lake City, Utah. The school where students were served lunch that was then snatched from them and thrown out was Unitah Elementary School.

I find it absolutely mind-boggling how mature adults can be so unfeeling and brazen towards those in a less authoritative position than themselves. Many people have rightly termed this incident as ‘bullying’ because here a party that was evidently weaker was wronged by one that was stronger.

Incidents like these never really leave children. They will always remember their humiliation and some will even be traumatised by it many years into their lives.

I have a friend whose family was very poor when he was growing up. His parents often couldn’t afford to pay his school fees. To this day, his eyes fill with tears as he recalls how his school’s administration treated him. At the end of the month, students whose parents hadn’t paid their fees were made an example of. Their names were called out and these students were asked to stand in punishment in an auditorium in front of the entire school.

My friend was taunted and bullied by his peers. He has become a social recluse because of the cruelty he suffered at the hands of his school-mates and teachers alike. He cannot hold on to a relationship because he has been so badly damaged.

Incidents where innocent children are shamed, especially when it comes to stripping them of their pride, can be very damaging to the psychology of a child. It can affect their behaviour in the future and they might even act similarly in an act of revenge. It can also affect their social standing amongst friends and can lead to a very lonely existence.

The school, in what seems like a half-hearted effort, has posted an unofficial, unsigned, apology on their Facebook page. I, however, sincerely hope that the Unitah Elementary School is made an example out of. I hope that this is the last instance where children are brazenly bullied in front of their peers for a fault which is not theirs.

The damage to the pupils of Unitah Elementary School has already been done. Let us hope now that no other child goes through the same trauma.