Spotflux blocked in Pakistan, what’s next? 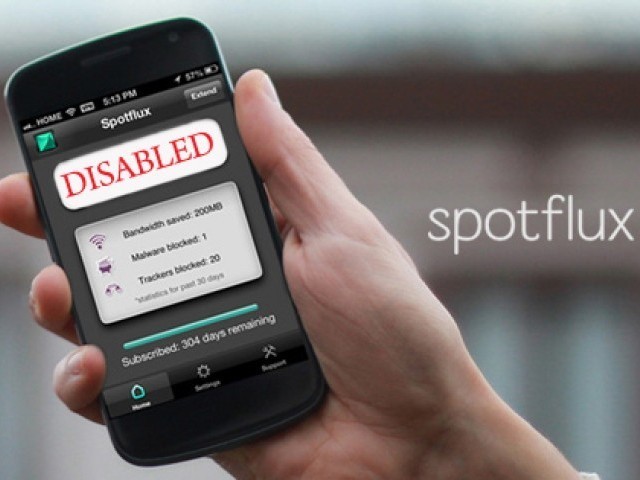 One of the channels of free access to the internet has been shut down at the hands of a government determined to gradually stifle the freedom of the Pakistani web-surfer. And with this comes the fear that the tightening vice of censorship will only become tighter. PHOTO: SPOTFLUX FACEBOOK PAGE (facebook.com/spotflux)

It controls the populace by ensuring that access to any independent opinion is denied. The official government slogan is,

It seems that the Government of Pakistan has decided to bring this slogan into practice.

By expanding the scope of online content censorship, the state is not only limiting the free flow of information to Pakistani web surfers one URL at a time, it is also diluting the freedom which is fundamental to the health of democracy.

When I tried to access YouTube two weeks ago, I found to my dismay that the Virtual Private Network (VPN) Spotflux was not working. I stubbornly persisted in trying to make it work for hours, only to be consistently disappointed. Then I discovered that my sister was also facing the same issue and my friends had the same tale to tell. I wondered,

“What has happened? Has the federal government managed to block Spotflux?”

As it turns out, indeed it has.

After receiving numerous complaints from users in Pakistan about the service not working, Spotflux issued a statement saying it would investigate the cause of the issue.

Yesterday, after conducting the said investigation, the company posted the following message on its official Facebook page:

Thus, one of the channels of free access to the internet has been shut down at the hands of a government determined to gradually stifle the freedom of the Pakistani web-surfer. And with this comes the fear that the tightening vice of censorship will only become tighter.

I wonder how long it will be before access to Facebook, Twitter and various other forums used by Pakistani citizens is permanently prohibited in the name of our ‘protection’.

As Alan Isaacman once stated,

“If we start throwing up walls against what some of us think is obscene…we may wake up one morning and realise that walls have been thrown upon places we never expected…and we can’t see anything or do anything. And that’s not freedom. That is not freedom. So, be careful.”

The end to this censorship is now a matter of utmost urgency; else it will only be a matter of time before Pakistan becomes Oceania with the government playing the role of Big Brother.

'Catching Fire' with The Hunger Games!