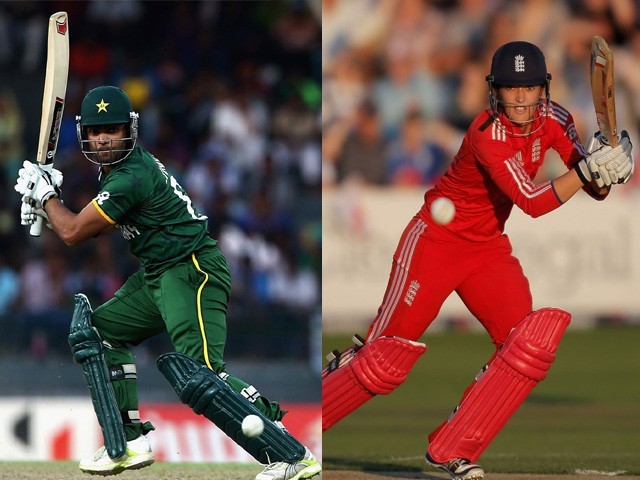 Both Umar Akmal and Sarah Taylor have the same problem - they have potential but lack consistency.

It is always saddening when a person is highly talented but unable to deliver. There are always expectations and predictions when a new player appears on the stage of international cricket. International cricket has seen a number of cricketers with some extraordinary capabilities but they never performed as well as they were expected to do.

In the current era of cricket, I personally feel that when you talk about a player with immense talent that has not done justice to their potential is Umar Akmal. Sarah Taylor is another player who has some immeasurable potential of the gentlemen’s game but could not achieve her full potential.

Akmal made his debut on August 1, 2009 against Sri Lanka at Dambulla. In his debut innings, he wasn’t able to achieve much and just managed to score 18 runs off 28 deliveries. He displayed his potential flair in his second ODI by scoring almost 66 runs and proved his talent by scoring a blistering century in his third appearance of international cricket.

The disappointing part is that it is the only century that he has scored till date. Akmal and Virat Kohli entered the cricket field at the same time and therefore have always been compared to each other. Almost all of the cricket fanatics and critics believe that Akmal is almost as talented as Kohli but the only difference being that Kohli has shown his full potential on the field and has made his country proud whereas Akmal has done the complete opposite. Kohli has scored 18 centuries in 121 matches with an average of above 50.

Whenever Akmal comes to bat, commentators cannot stop praising his talent but at the same time, they criticise his temperament and consistency. In the recent tour of South Africa held at Pakistan’s second home, UAE, the chokers overcame Pakistan and snatched a victory from their jaws after taking the last six wickets on just 16 runs.

These words were really embarrassing for Akmal fans as they must’ve been quite humiliating for Akmal as well.

Now, let’s get to the talented lady Sarah Taylor. She is England’s wicket keeper and batsman, and is probably the most talented woman cricketer at the moment. If you have seen her play, you might have gotten an impression of a female Kevin Pietersen. Not all female cricketers possess such strong wrists and have followed through as Taylor has. She is averaging above 39, which is better than Akmal, who has an average of 36.46, and is hands down amazing for a female cricketer. But she too has the same problem as Akmal as they both lack consistency. Similarly, she doesn’t perform for ages but when she does, it is usually a match winning innings.

Taylor made her debut in 2006 against India when she was about 17-years-old. In the fifth match of her career, she managed to hit a beautiful century. In her career of 88 matches till date, she has scored five centuries which is far better than the gentleman Umar Akmal.

I personally think that she is the player who is going to break the highest run world record of her skipper Charlotte Edwards in the coming years. But considering her inconsistent run in the international arena, I doubt she can do it. She is still considered as the best female cricketer at the moment but Meg Lanning of Australia is making her way to the top rapidly.

As Kohli has left Akmal far behind, it is safe to assume that Lanning will soon be competing with Taylor’s reputation of being the best. Lanning has already got four centuries in her 27 innings.

There is no doubt that Akmal is far more talented than his records suggest. He just needs to work on his temperament and will undoubtedly be one of the best in the world. I see great similarity between Taylor and Akmal as she also has the potential to become one of the ‘greats’ of the cricketing world.

I hope both the talented cricketers mentioned above will do justice to their talent and achieve the greatness that is bestowed within them.