Am I a ‘ganwaar’ if I speak in Punjabi? 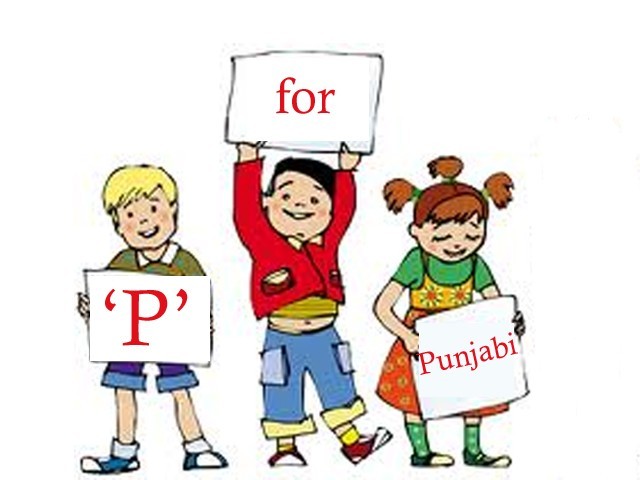 While children are discouraged from speaking in Punjabi at home, the Punjabi Sufi kalaams of Baba Bulleh Shah and others in Coke Studio, continue to enthrall Punjabis and non-Punjabis alike.

Over the last few weeks, I have been meeting children from different parts of Punjab. They ranged in age between three and five years and included children of my friends and extended family.

I was pleasantly surprised to hear these kids speaking in Punjabi. Some of the phrases that I recall hearing them use are,

(What are you doing?)

Punjabi is the most widely spoken language across Pakistan. However, from what I have seen, most of the people in Punjab – especially those living in the urban centres – do not encourage their children to speak in their mother tongue – Punjabi.

But kids will be kids and they will always find a way to learn new things. So, these children tend to pick up the language from their parents and other people around since ironically, the adults speak in Punjabi among themselves. And by listening to and mimicking these adults, children add Punjabi to their linguistic skill set.

Since it is a process of informal learning, these children learn Punjabi quite effortlessly.

Such is the beauty of the mother tongue.

Incidentally, in an average Pakistani school a child generally learns two new languages, that is, English and Urdu, and the teaching of all other subjects is also via the medium of Urdu or English. And since recitation of the Quran and saying prayers is also part of the curriculum in the Pakistani society – whether at school, a madrassah or at home, almost all children end up learning Arabic as well.

In this way, a child in Punjab starts to learn three or four languages between the young ages of three and five years.

However, I believe that as far as the effectiveness of learning is concerned, it is in the best interest of any child that primary education be imparted in the mother tongue. Children learn at a faster pace if they start learning various subjects in their mother tongue instead of learning a completely new language first. This is why a three-year-old enrolled in a nursery class in Punjab naturally finds it difficult to read,

And instead, reads it as,

Since the word for hen at home is kukri (Punjabi) and not murghi (Urdu).

However, in Pakistan it is common for children to be labelled jahil (illiterate) and ganwaar (uncivilised) if they speak in Punjabi. This is why parents try their best to refrain from speaking in Punjabi with their kids. And frankly, one cannot blame the parents since the harsh reality is that when a three-year-old is enrolled in school and begins to speak in Punjabi with the other students and teachers, they label the child as ‘illiterate’.

Needless to say, this can be quite disturbing for young minds and naturally, the parents want to prevent this from happening. Hence, the mother tongue is ignored and sacrificed.

However, this line of argument assumes that it is common knowledge that in real life knowing Punjabi is not of any use while learning Urdu and English are more important for education and a career. And when I look at it practically, I realise that this line of thinking is not entirely wrong. After all, one has to get a job.

And hence, once again, Punjabi is ushered out of the door.

Frankly speaking, discrimination against the Punjabi language is nothing new in our society. It began during the British period with the end of Sikh rule in Indian Punjab. Later, it was somewhat obtusely assumed that Urdu was the language of Muslims while Hindi was spoken by Hindus and Punjabi by the Sikhs.

This oversimplified formula not only divided the land on the basis of religion but also divided languages on the same criteria.

Even today one observes the abundant and regular usage of Punjabi everywhere in Indian Punjab – signage on highways, in schools, colleges, universities and in public offices. And this is why the Chief Minister of Pakistani Punjab, Mian Shahbaz Sharif, delivered a speech in Punjabi while visiting the Indian counterpart to win the hearts of his hosts.

However, I am afraid that I have rarely heard him or any other leader delivering a speech in Punjabi in Gujranwala, Faisalabad or any other city in Pakistani Punjab.

This is what I call the inferiority complex of us Punjabis in Pakistan.

It is obvious that Punjabis in Pakistan live in some kind of confusion. The bitter truth is that we have gradually destroyed our own language since we never owned it with pride and confidence.

Despite being the largest spoken language in Pakistan, it is not taught in any schools.

You would not find any sign boards in Punjabi in Punjab, except perhaps the Billay di Hatti shops (Iqbal’s shop) in various cities.

The way I see it, the future of Punjabi in Pakistan is quite dark.

And yet, a strange contradiction to this phenomenon of our self-denial is the popularisation of the language without Punjabis even intending it through the televised musical program, Coke Studio – Pakistan.

I am sure you have heard numerous kalaams of Baba Bulleh Shah or Sultan Bahoo being performed by the participants on countless episodes of Coke Studio. It is becoming quite a fashion to be associated with the music of these Sufi poets from Punjab. People have come to love and share this music by whatever means are available to them. And in doing so, they feel liberated at projecting the secular and moderate culture of Punjab.

Many people were introduced to the poetry of Baba Bulleh Shah and other Punjabi Sufi saints through Coke Studio. I find it quite ironic that while we discourage the promotion of this language through schools and at home, we are grateful to this corporate giant for introducing Punjabi to the world.

Such contradictory behaviour is frankly quite baffling.

However, I do see a ray of hope and at times from completely unexpected quarters. Just recently, a friend who had moved from Karachi to Lahore complained,

“Why does everyone speak in Punjabi here? I spoke to rickshaw drivers, shopkeepers and a few other people and everyone replied to me in Punjabi!”

Deep inside, this made the Punjabi in me immensely happy.

A Rawalpindi based journalist, blogger and photographer who tweets @ShirazHassan

How we went wrong with Rawalpindi

Ansar Abbas: The blast tore his arms but not his spirit

Kalyan Das temple: An abandoned shelter for the blind