The Qari Sahib who made me an unbeliever 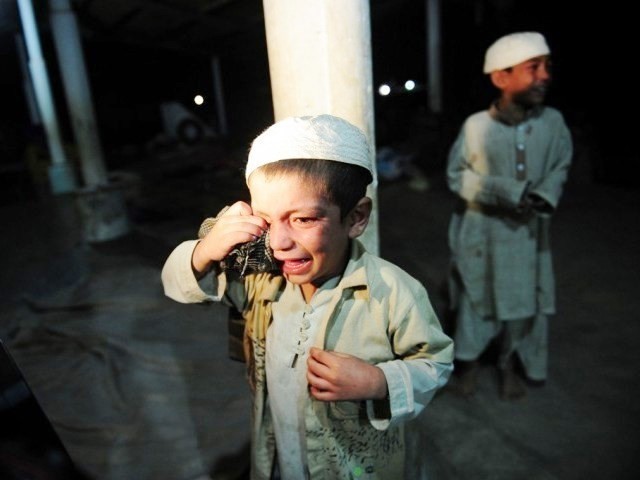 Qari Sahib had ensured that not only Asad’s spirit but his entire body was imbibed by the light of God, effectively transmitted through his hands. PHOTO: AFP/FILE

Asad lived by the motto,

Although reciting the Quran was not on his to-do list, he did not judge the Book, nor did he criticise those who followed it in different ways.

All he wanted was to escape a memory tainted with horror, pain and shame – a memory which had caused him to abandon all his associations with Islam and everything pertaining to it for over a decade.

The last time he had read the Quran had been with the Qari Sahib.

Asad did not believe in God.

He had seen people dying in tragic ways, others suffering from incurable diseases and still others starved and homeless. He would always wonder,

“If there was a God, why would He sit and watch His creation as it wallowed in pain?”

The explanations offered by ‘believers’ seemed hollow in light of the affairs of the world and it simply did not do enough to convince him. Ironically, he remembered that Qari Sahib would insist that he attend religious lessons on a daily basis in order to remain under the protection of this God who ‘imparted justice to all and provided protection from evil’.

Now at the age of 22 years, Asad continued to battle with the past whenever it re-surfaced in his mind. And growing up in a society that shunned atheism, there was simply no tolerance for his views. He had been labelled a wrongdoer, a victim of evil spirits and an agent of the misguided West amongst other ignorant tags.

‘They’ said that he must read the Quran, proclaim himself as a Muslim, emphasise his belief in God and respect the religious heads. Although he did none of that, his heart would break when he saw someone in pain and he would always be ready to help someone in need.

But none of this mattered to anyone and he continued to live in isolation.

Even when he was alone, the memories of Qari Sahib would haunt him – his voice rising and falling as he read, his fingers moving to and fro as he claimed to impart a message from the Book. The unfortunate intimacy had spun for a long time and Qari Sahib had ensured that not only Asad’s spirit but his entire body was imbibed by the light of God, effectively transmitted through his hands.

There were times when Asad would feel immense rage at what had happened to him but there was no one to turn to.

There were times when he had tried to narrate his account to others but had only ended up being accused of being a liar who was maligning the honour of a Qari. They would even say that it was possible for a Christian priest to commit such a heinous sin but not for a Muslim. No one admired his bravery for coming to terms with what had happened to him and instead, they subjected him to hatred and accusations.

So, sometimes just to cope with it all, he would join their league and express his loathing for everything as well.

Asad’s heart would fill with burning emotions whenever he recalled being taken to a closed room behind the mosque. He had not known about sexuality since he had received no formal education on the subject. Even if he had, he was quite sure that he would have been incapable of protecting himself at the tender age of ten.

Although now he had found some peace within himself for the most part despite the occasional haunting memories, he was still not spared by people for his views.

The abuse had affected him not only physically but emotionally, psychologically and intellectually as well.  And it was not a story of the past but an ongoing chapter of his life.

All he wished for was that people would not judge him.

After all, there were secrets inside each person that others were not aware of.

A graduate from the University of Toronto and a freelance writer, she tweets as @SanouDoll (twitter.com/SanouDoll)

I am a woman and I can carry my own luggage, thank you