Ladies, you are NOT doormats, stand up for yourselves! 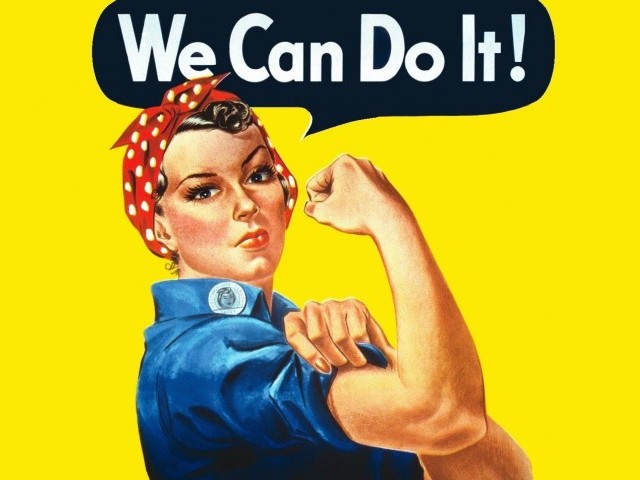 My advice to women out there is, stand up for yourselves. Do not show your weaknesses. PHOTO: PINTEREST

My grandfather’s voice still echoes in my ears. He used to say,

“Be a strong woman. Do not take insults hurled at you lying down! Never stoop to low levels. However, do take a stand.”

My grandfather was an intrepid and a fearless man. The man of principles that he was, he never shied away from calling a spade a spade. However, he was dignified and humble too. I never saw him humiliate or ridicule anyone.

Yes, he did get angry.

But he never stooped low to badmouth anyone and maintained his grace. Those who remember him can vouch for that. Women would compliment him for being a gentleman. He knew how to treat ladies. My Nana was a great man.

But enough of my rambling!

Now let me get back to the original subject of this piece – women’ strength.

In the six years that I have spent in the corporate world, I have come across many people – some good, some bad, some indifferent and some very nosy.

The nosy and bad, in my dictionary, have no reservations when commenting on other people’s clothing, shoes, bags and even weight. Perfectly stylish and good looking women are subjected to mean remarks.

“Your fashion sense is so outdated!”

“You need to learn to walk in heels!”

“You look so fat in jeans!”

“You have such boring hobbies. Why don’t you do something exciting?”

Surprisingly, instead of telling such people to mind their own business, these women become meek and intimidated. They start losing their self-esteem. They start asking themselves if there’s something wrong with them. This is a classic example of harassment and abuse. To belittle and degrade someone is abusive behaviour.

Why highly educated and independent women take on such behaviour lying down is beyond me.

Nobody, and I mean nobody, has the right to comment on your appearance, hobbies and taste.

Another thing that I have come across is that women in relationships, dating, engaged or married, destroy their self-esteem to please their partners. One of my friends, who is highly educated and is well informed on domestic and foreign affairs, admitted to me that women, herself included, refrain from speaking on political and other important issues when their husbands are involved in the discussion with their friends.

“He says he does not like it when I try to be a smart aleck among his friends. So I avoid it.”

I have also seen women who let their partners walk all over them, while they remain silent. When they are angry, these men scream at their women, hang up on them and call them names. In my dictionary, even words like crazy and idiot fall under name calling. These men get pushy when women do not agree with them on any point. They make the women feel guilty and obedient to them.

These are signs of controlling and manipulative behaviour.

Ladies, if you are being subject to the treatment mentioned above that should set alarm bells ringing.

You are in an unhealthy relationship.

An educated and self-sufficient woman does not need to tolerate a controlling and manipulative man. And why should she? She does not depend on him financially. Then why should she put up with such disrespectful behaviour? People who care about you will respect you and would want you to be happy.  They either respect you or they don’t. There is no other way. It is not worth being in the company of someone who does not value yours.

My advice to women out there is, stand up for yourselves. Do not show your weaknesses. Do not be apologetic and meek when it comes to your dignity and self-respect. Nobody has the right to hurt you.

Stop making excuses for people who do.

If someone belittles you, makes you feel like there is nothing good about you and mocks your interests, show him or her the door and tell them to walk out!

Show them that they messed with the wrong girl!

You are not a doormat.

Your parents did not raise and educate you to be treated like crap. Empower yourselves, ladies.

How, you may ask?

Educate yourselves and become independent. Grow in your field and strive to get to the top. You have no idea what impact a strong woman can make. People will want to be in your company; they will value your opinion and will give you the importance that you deserve. Some women learnt it the hard way. You don’t want to be one of them.

Just last week I came across this exceptional public service message sponsored by a hair care brand. It fantastically depicted how women are labelled by men and women, sometimes, when they portray the slightest evidence of competence and confidence.

The tagline is brilliant – ‘Don’t let labels hold you back. Be strong and shine’.

I conclude this piece with Jinnah’s words.

“There are two powers in the world; one is the sword and the other is the pen. There is a great competition and rivalry between the two. There is a third power stronger than both, that of the women.”

These words should inspire and revive all women; I know they work on me.

An accountant and auditor by profession, Khushbakht’s interests include reading and writing. She is also a member of Women’s Action Forum (WAF).

What Maulana Sahib taught me and what I learnt from him...

What is inside a woman's heart?