Five ways to improve US policy in South Asia in 2014 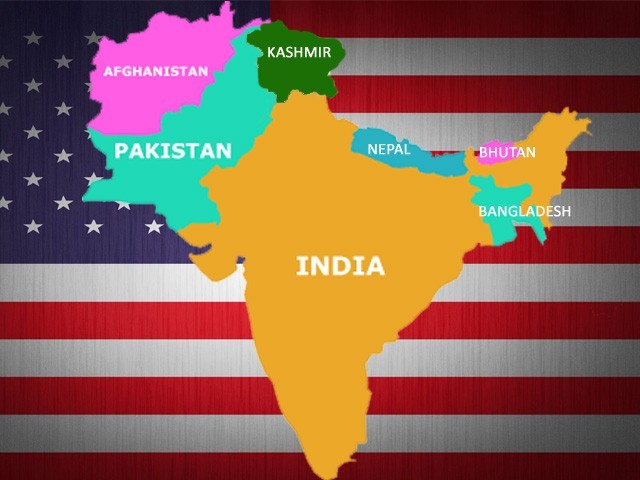 US officials can help themselves out by pledging to do several things differently in South Asia this year. DESIGN: ZOYA ZAIDI

If there’s one word that defines South Asia in 2014, it’s transition. Elections are scheduled in three countries – Afghanistan, India and a controversial one already held in Bangladesh on January 5. Newly elected governments face their first full year in office in four others – Bhutan, Maldives, Nepal and Pakistan. And hovering over this all is the international troop withdrawal from Afghanistan.

Amid this change and uncertainty, Washington’s chief objective for South Asia will remain the same – attaining stability. It’s an admittedly ambitious goal in a region cursed by interstate and intrastate tensions alike, and flushes with security threats that range from Islamist militancy to organised crime.

US officials can help themselves out by pledging to do several things differently in South Asia this year. Here are five New Year’s resolutions that, if upheld, can help inch the region just a bit closer to the stability that’s long eluded it.

There’s a tendency in Washington to perceive competing regional interests in Afghanistan through the narrow lens of the India-Pakistan rivalry. And indeed, as the international troop presence draws down, these two countries will intensify their competition for influence in Afghanistan, with troubling ramifications for regional stability.

Yet it’s also important to recognise Iran’s concerns about Afghanistan’s Hazara Shias, China’s apprehensions about the security of its mineral and other private investments in Afghanistan, Russia’s worries about the Afghan drug trade and the fears of Central Asian states about intensified unrest in Afghanistan spilling over their borders. To be sure, these broader regional anxieties don’t portend conflict. But leaving them to fester could aggravate a set of regional tensions quite separate from those tied to the Durand Line or Line of Control.

This year, Washington should host a conference exclusively for Afghanistan’s neighbours.

It could highlight regional perspectives, interests and concerns, and equip US officials with useful policy inputs.

South Asia is one of the world’s poorest and least integrated regions, which has constrained development and fuelled chronic instability. US officials know this from back in 2011, when Secretary of State Hillary Clinton declared that Afghans must ‘work alongside all of their neighbours to shape a more integrated economic future for the region that will create jobs and will undercut the appeal of extremism’.

The Obama administration has often spoken of establishing a ‘new silk road’ that reconstitutes old trade links between South and Central Asia. It’s a good yet vague idea, though little of substance has been done to pursue it.

This year, the US should focus on more targeted pro-integration efforts such as taking better advantage of its observer status in the South Asian Association for Regional Cooperation (SAARC), South Asia’s notoriously ineffective eight-member regional organisation. SAARC is plagued by deep-seated challenges (most notably dysfunctional relations between many member states), yet it also suffers from more easily rectifiable problems such as a frequently malfunctioning website that Washington could gently press the organisation to address.

The US should also reconsider its opposition to the Iran-Pakistan pipeline. If ever consummated, this project would not only contribute to regional integration but also ease Pakistan’s destabilising energy crisis. The pipeline would provide more than an estimated quarter of Pakistan’s daily electricity demand.  Thanks to last year’s Geneva agreement, the US has pledged to suspend sanctions on Iran’s petrochemical exports if Tehran freezes some of its nuclear weapons program. If this happens, Washington’s continued opposition to the pipeline will start looking silly.

In recent years, Washington’s South Asia policy has centered around Afghanistan and Pakistan, with India also in the mix. Bangladesh has largely been ignored, a troubling omission. Bangladesh is a moderate Muslim-majority nation that sits astride the Indian Ocean region, an area that influential foreign affairs commentator Robert Kaplan says,

‘… May comprise a map as iconic to the new century as Europe was to the last one’.

Bangladesh also provides five billion dollars’ worth of goods to Americans every year; roughly 40% of its exports go to the US.

More to the point, Bangladesh is one of the biggest powder kegs in South Asia. In recent months, the nation has been convulsed by ‘unprecedented’ pre-election violence and the political opposition decided to boycott the January 5 poll. Public unrest, already inflamed by on-going and polarising government-led trials for war crimes committed during Bangladesh’s war for independence, could well explode in the aftermath of a flawed election. And one can never rule out intervention by Bangladesh’s military. It’s attempted a whopping 30 coups (most recently in 2012) over the country’s nearly 43-year existence.

Given its geopolitical significance and volatile neighbourhood, Washington needs to keep a close eye on Bangladesh this year. A Congressional hearing and several government-sponsored private roundtables last year represent a good start. The White House needs to be up to speed so that it’s not caught off-guard if a worst-case scenario, from a ruling party effort to establish a one-party state to a military takeover, should ever come to pass.

Most observers agree that peace between these nuclear rivals would be a boon for regional stability. Yet, few believe full normalisation is in the cards anytime soon, given the total absence of progress on the relationship’s core territorial disputes.

For Washington, the trick is to latch onto the lowest-hanging fruit and that’s trade. In recent years, the two countries have taken a slew of measures that have brought them tantalisingly close to a formal commercial relationship. The sole remaining step is for Pakistan to eliminate its list of goods that can’t be traded with India. Islamabad pledged to do this by the end of 2012 and still hasn’t done so.

Washington should quietly use its good offices to help finalise this trade normalisation, an outcome that would provide much-needed economic boosts and help build constituencies for peace in both countries. Admittedly, this may be the best contribution the White House can make toward India-Pakistan peace this year. Given the turbulent nature of its ties with Islamabad and, more recently, its worsening relations with New Delhi, mediating a behind-the-scenes resolution to the intractable Kashmir conflict simply isn’t realistic.

The previous three words provide the perfect lead-in for the final and arguably most important, New Year’s resolution for US South Asia policy.

5) Be more humble about expectations and objectives

Washington must acknowledge the limits of its leverage in South Asia. Ousting the Taliban from power in Afghanistan and plying the country with aid hasn’t prevented President Hamid Karzai from refusing, so far, to sign a bilateral security agreement that permits a post-2014 American military presence. Similarly, pouring billions of dollars in security assistance into Pakistan hasn’t prompted that nation’s military to unequivocally sever ties with militants that attack US forces in Afghanistan.

Given all of the changes in store for South Asia this year, it’s understandable that US officials will want to do all they can to secure their interests in the region. Yet there are limits to how these interests can be secured, particularly because South Asian countries’ own interests, in many cases, simply don’t align with America’s.

And that’s a lesson for US policy that extends well beyond the region.