In Pakistan, the #VIPCulture has to go 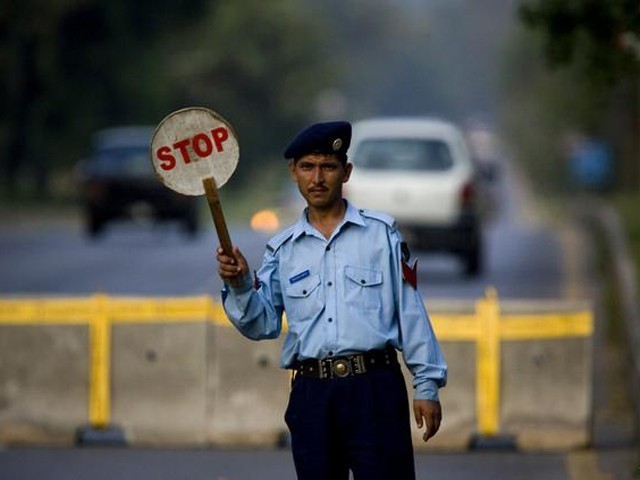 This almost royal protocol is one of the key perks of becoming a VIP in Pakistan, probably the most attractive feature too; one every wannabe VIP dreams of. PHOTO: FILE

Commuting in metropolitan cities like Lahore, Karachi and Islamabad often bestows upon you the unforgettable experience of being reminded how ‘ordinary’ you are.

You may only use the road when it isn’t being used by a Very Important Person (VIP). When a policeman raises his hand or puts a picket to stop you, he may only be saying ‘stop and wait’ but what you actually hear is,

“Wait, you ordinary, worthless citizen! Your time, life and business are of no value. Wait while the all-important VIP passes”.

It is quite similar to how when kings and queens passed through markets and thoroughfares, everyone and everything were brought to a halt. The only difference, however, was that those weren’t democracies.

Not only does this experience entail the pleasures of frustration and irritation for you, it also has, on occasions, caused death of the sick in ambulances stuck in traffic and birth of ordinary non-VIP babies in rickshaws and taxis. In effect, saving 15 minutes off a VIP’s travel time has sometimes proven to be more important than a citizen’s life.

One wonders why a VIP’s life is more valuable than that of an ordinary citizen. A very common response to this question is: it is not the person who is important but the post that he holds.

This almost royal protocol is one of the key perks of becoming a VIP in Pakistan, probably the most attractive feature too; one every wannabe VIP dreams of. A frequently raised question is why are these servants and representatives of the public causing us such anguish and mental torture, which even results in loss of lives? The oft used and popular reply is the recently found excuse of ‘security risks’.

It is the terrorist threat that forces these poor VIPs to travel in convoys, honking sirens and blocking traffic for ordinary citizens who actually face far greater and severe security threats and die thereof every day.

Under that logic, if you separate the person from that post, is the president, prime minister, chief minister, minister, chief justice et cetera, not replaceable? Likewise, is a citizen not somebody’s father, brother, son, daughter or mother? Is that not irreplaceable?

If I am the head of a state where a pathetic law and order situation causes citizens to be killed like diseased animals on a daily basis, my conscience would not allow me to hog a thousand security guards employed by the state for my own security. Wouldn’t it be my moral duty to ensure security of a citizen’s life and property before I secure my life or the lives of my family?

The fact is, I may never be 100% motivated to improve the security situation in my country unless my life or the life of my son or daughter is as exposed and threatened as the life of an ordinary citizen. The unrivalled fact that we need to be reminded of is that there is no distinction between the state and its citizens. We are all VIPs as well as ordinary citizens.