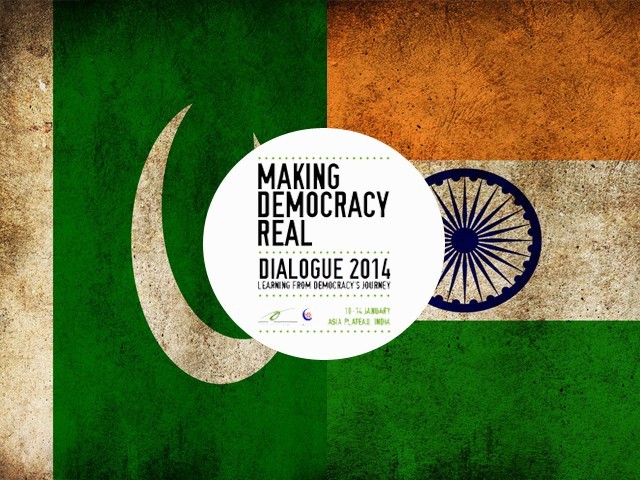 I love being a part of events and exchanges that offer a possibility to interact closely with people from Pakistan. Hence, I was utterly pleased when I was invited to participate in the ‘Making Democracy Real 2014’ dialogue organised by Initiatives of Change at Asia Plateau in Panchgani, a five-hour drive from Mumbai.

Such programmes strengthen my commitment to continue building ties with those who believe that genuine friendship between Indians and Pakistanis is possible.

Held over five days, from January 10 to 14, 2014, this dialogue (they insisted on not calling it ‘conference’) brought together participants from over 30 countries – democracies old and young – to share their struggles and challenges, particularly around leadership, governance, human rights, accountability, conflict, ethics and justice.

Here, I had the opportunity to meet five lovely people from Pakistan – travel writer Salman Rashid, peace activist Shabnam Rashid, artist and cultural historian Naz Ikramullah, architects Sajida Haider Vandal and Pervaiz Vandal. Through their formal presentations and informal interactions, each one came across as an advocate of friendly and peaceful relations between Indians and Pakistanis. What they said seemed to come from a deep love of our shared heritage and a robust faith in the power of people-to-people contact, in healing the wounds that continue to fester.

Salman Rashid, a travel writer based in Lahore, mustered the courage to talk about his visit to Jalandhar where he ended up meeting the son of a man who was responsible for the killing of Salman’s grandfather and other relatives at the time of partition. The text of his account is available on the Making Democracy Real website. He remarks,

“Mahindra said that until the time his father passed away in the early 1970s, the guilt of that terrible act refused to leave him and he frequently spoke of his own part in it as if to cleanse his soul. Meeting me and talking to me was as important to Mahindra as it was to me. We both had demons to exorcise, and to come to grips with a past that tormented us. Today, I am only sorry that before he passed away, in March 2011, I did not ask him if he had wanted to meet someone related to those long-dead people in order to purge the pain of his own soul.” 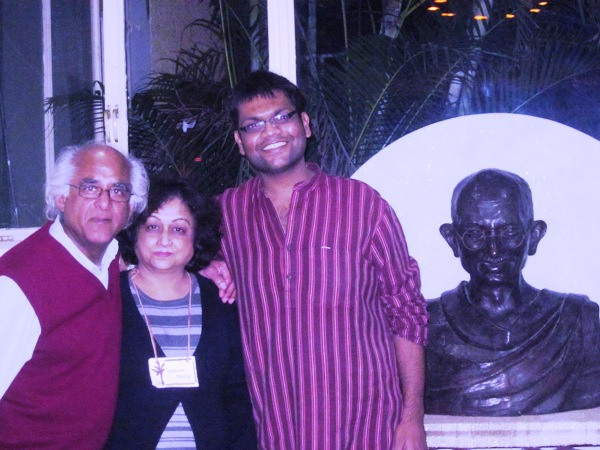 I hope there comes a day when all Indians and Pakistanis will have the heart to, personally and publicly, acknowledge the pain and suffering people on the other side of their borders have gone through. It will be a powerful moment in the history of South Asia and it will probably be a giant leap forward in transforming hatred into friendship.

Sajida Haider Vandal and Pervaiz Vandal hit the same note when they were invited to speak.

That, to me, is reminiscent of the title of Desmond Tutu’s book, No Future Without Forgiveness.

The same urge, to reach out across boundaries with a warm hand of friendship, was expressed in a song composed by Charul Bharwada and Vinay Mahajan, an Ahmedabad-based couple who use their music to highlight the injustices and abuses suffered by marginalised people and communities. They encouraged all participants to join in the chorus, which went something like this:

Come let us dissolve these borders.

Let us dissolve these lines.

An independent educator, writer and researcher based in Mumbai, India. He recently visited Pakistan to participate in a panel discussion on peace education at the Children’s Literature Festival in Lahore. He tweets as @chintan_connect (twitter.com/chintan_connect)

Pul-e-Jawan in India: How talks can bring peace