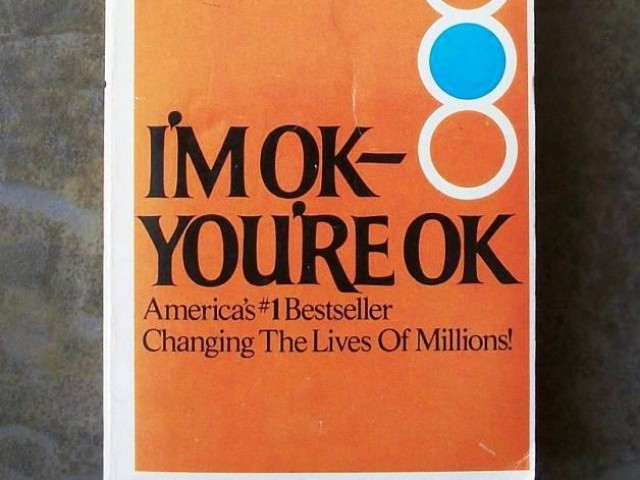 The best-selling self-help book by Thomas A Harris M.D.

one realizes how well the theory of the ‘not OK child’ can be applied to a number of Pakistanis (not only as individuals, but as representatives of the nation).

Briefly, the book reveals that there are four life positions that each person can take:

Most children initially take the position of” I’m not OK, you’re OK”. They see adults as strong and competent and themselves as weak and prone to making mistakes.

However, many remain in the first position: “I’m not OK, you’re OK”. This is why they play the game of “mine is better than yours”- my doll is better than yours, my house is bigger than yours and so on – which becomes more sophisticated as they grow up. This game helps them feel better about themselves for a short period of time, though deep down they know that they are still not okay.

How does this theory apply to us?  Consider the many people who constantly engage in India-bashing. Is this because they are actually better?  Do they care about the cause of the Kashmir, Gujarati Muslims or Babri Mosque or are they just trying to hide their own flaws?

Even within the country, the same theory can be applied. One ethnicity or sect claims to be better than the other. In reality, the ethnic group wants to  establish its superior and the only to do so is by making the others look bad.

Some may argue that there is a natural bias or competition with India and among provinces – so why do we spend so much energy bashing the west? Many covetously eye the green card while simultaneously pointing their finger at an adulterous wine-drinking West.

Now, with the recent rise in Pakistan-bashing by various local as well as foreign media outlets, Pakistanis (like the abused child) seem to have moved into the position of “I’m not OK, you’re not OK”: I’m not good enough, but neither are you. I cannot accept my flaws without pointing out yours as well.

For a change, why not recognize the good in others and ourselves?

I’m all for promoting a positive image of Pakistan – highlighting the good aspects of the country like Granta Magazine, a foreign publication, has recently done. But we need to also realize that criticising other nations does not improve our image.

Be objective and start questioning the prejudices passed down by our parents. One can consider the possibility that Indians are hard working, that American society has some praise-worthy traits and Pathans are generally quite hospitable.

In short, it is alright to encourage socio-political dissent and debate, but one should also look at the positives and at least try to move towards the ideal position: I’m OK and so are you!