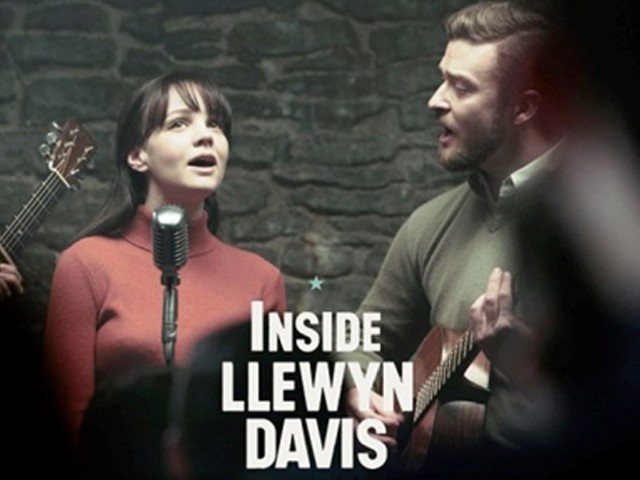 One feels a strange sense of accomplishment after watching this film – as if the melancholic tune of the music and images linger on inside you, waiting for you to run the Llewyn Davis mile by yourself in the dark, empty streets of New York. PHOTO: FACEBOOK PAGE (https://www.facebook.com/InsideLlewynDavis)

After the success of their big budget western True Grit in 2010 and the pseudo-biblical dark comedy A Serious Man in 2009, the Coen Brothers have now released a surprisingly low-key film. In fact, the likes of Inside Llewyn Davis are something that we have not seen from them since Fargo, released almost 20 years ago in 1996.

Why did the Coen Brothers feel the need to go back to the basics of storytelling and small-scale production?

Whatever their reason was, they have managed to produce a marvellous rendition of the 60s American country music scene when every folk musician was trying to make his mark during the early years of country music boom.

But this film is not exactly about that.

Inside Llewyn Davis is about being inside the mind of the folk singer, Llewyn Davis (Oscar Isaac). It depicts the melancholy of a musician who cannot catch a break in life and boy, does he have problems!

Llewyn was originally part of a duo act but after his partner’s recent suicide, he is now flying solo. The film starts off with him singing in a local bar. He then crashes at the house of his friend, Professor Gorfein because he has nowhere else to go.  He wakes up in the morning and seems to be running late for an appointment with his agent and due to his negligence, the professor’s marmalade cat runs out of the house.

Such is the life of a struggling artist.

Llewyn finds out that his friend’s girlfriend, Jean, is pregnant with his child. Photo: Facebook page (https://www.facebook.com/InsideLlewynDavis)

As the day wears on, Llewyn finds out that his friend’s girlfriend, Jean (Carey Mulligan), is pregnant with his child. Obviously, she does not want her current boyfriend, Jim (Justin Timberlake), to know about any of this. They discuss the situation over a cup of coffee and she asks him for money to finance the abortion. It is quite evident that Jean hates her life and does not think much of Llewyn either. In fact, her description runs something like this,

“I’m the careerist and you’re the loser.”

As the story progresses, we go deeper into the psyche of Llewyn Davis as his actions and observations turns his journey into a living nightmare.

Llewyn Davis travels to Chicago to meet the record producer Bud Grossman to convince him to produce his music. Photo: Facebook page (https://www.facebook.com/InsideLlewynDavis)

Inside Llewyn Davis revisits themes which were examined earlier in Coen Brothers’ previous film O Brother, Where Art Thou? in 2000. Although a very loose adaptation of Homer’s The Odyssey, Llewyn also travels through a psychological journey which is wonderfully constructed of narrow corridors, claustrophobic apartments and empty stage rooms. The filtered sunlight, bleak winter atmosphere and grim cinematography of Bruno Delbonnel capture the essence of Coen Brothers’ writing and dark humour perfectly. Even though Roger Deakins is the duo’s preferred cinematographer, Delbonnel has done an excellent job nonetheless.

The film is an absurd yet fantastic look into Llewyn Davis’ psyche that has this special talent of annoying everyone he comes into contact with – co-workers, friends and family. There is no doubt that Llewyn is a deplorable character but not to the extent of annoying the audience. Once or twice, we even get to witness his frustrations with the world he lives in. But the audience is left with the impression that perhaps, on some level, he also deserves it. It is quite evident that we’re not supposed to love him but neither can we stop empathising with him.

Llewyn is kind of an oddity that one cannot fully read or explain.

Unlike other films by the Coen Brothers, no blood gets spilled in this one but you may relate to this film much more than to any of their earlier work. Like A Serious Man, Inside Llewyn Davis does not let style take over substance. It is very persistent in making the audience understand why ambitions are just arbitrary entities which can probably never fully be realised in the world we live in.

Oscar Isaac is a wonderful new recruit who not only played the depressed singer and songwriter with authenticity but also sang some of the songs for the film’s soundtrack.

The music is obviously an integral part of Llewyn’s character as well as the subject of the film. Songs like ‘Please Mr. Kennedy’ (co-written and performed by Justin Timberlake) and ‘Fare Thee Well’ take up massive amount of charm of the story itself. Most of the folk songs have been recorded live and consisted mostly of covers from old folk songs. All the other characters also displayed great performances all around.

The lack of coherent three-act structure in the film is also interesting and helps to meticulously blend the flare of negligence from the society and the hardships of an eternal walk. Overall, the story flowed like a long, nightmarish road trip that the audience doesn’t necessarily need to question; instead it feels compelled to follow the path and hope that it leads to an emotionally secure place.

Inside Llewyn Davis is a brilliant psychological voyage into the mind of a character who is flawed but with whom you can sympathise and root for.

And after watching the film, one feels a strange sense of accomplishment– as if the melancholic tune of the music and images linger on inside you – waiting for you to run the Llewyn Davis mile by yourself in the dark, empty streets of New York.