Living in Quetta, the Amish way! 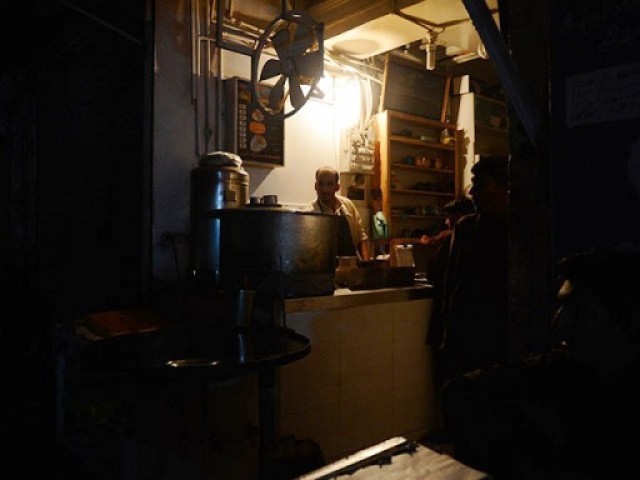 Officials of the Quetta Electricity Supply Company (Qesco) said a fault had developed in the main 220kv transmission line supplying electricity to the province from the Guddu power plant. PHOTO: AFP

If I said that residents of Quetta live an almost Amish lifestyle, would you believe me?

“What is an Amish lifestyle?”, you ask.

For those who don’t know, the Amish are a small Christian sect or tribe mostly living in North America and Canada. They are known for their simple and old-school lifestyle and can be recognised from afar by their clothes and appearance. Their men are usually attired in a suit and a hat while their women wear full skirts, mostly reaching to the ankle and may have their heads covered with a bonnet. If you have ever seen Little House on the Prairie, you will know what I mean.

The Amish avoid the use of modern technology and gadgets or rather, their faith prohibits the use of such items. For instance, they use a horse buggy rather than an automobile for transportation and they don’t use cell phones or the internet. In fact, the one time I saw an Amish couple at a railway station in the US, they did not seem too happy to be travelling via train and I could only guess that it had to be a dire emergency to make them take the train.

Since they shun modern appliances and gadgetry, their main occupations include farming, woodworking, harness making, blacksmithing, buggy-making and repairing – just like the people in the 17th or 18th century.

And since people before the 19th century didn’t really have access to electricity and the Amish seem to follow their customs, most of them tend to avoid using electricity.

As a result, lifestyles in Quetta have changed over time. There have been more than a few changes in my own house due to the absence of electricity. I don’t hear the hum of the vacuum cleaner because my mother uses a broom to sweep the floors nowadays. Not that I mind, but I am quite sure the vacuum cleaner would have been more convenient for my mother. Even the use of household electronics – mainly the TV and computer for me – has dropped a great deal, and this has affected my daily routine quite a bit. Although living without them has increased my outdoor activities, I still prefer a life with electricity.

Last year, my area did not have electricity for more than half a day. And this happened every single day. The power is cut early in the morning and isn’t restored until evening. Everyone I know is facing the same issue and people are getting increasingly annoyed. And the worst part is that no one is sure why this is happening. Every person tells a different story. The most popular – and originally believed by many – is that some main electric pole had been destroyed and was being fixed. If that was the case it should have been fixed within three to four days at the most. But it wasn’t. This year, another transmission blew.

When does this stop?

But it’s been almost a month and yet the problem remains unsolved.

And so I think that the Amish would feel perfectly at home in Pakistan, Quetta in specific. The cultural gap would be at a minimal and they would fit in perfectly! They won’t have to avoid electricity anymore, because it simply wouldn’t be available. They won’t have to avoid using modern gadgets because, even if they are available, they won’t run without electricity! Problem solved.

People won’t look at them curiously if they ride around in a buggy because we already use tangas (horse drawn carts) and donkey carts. They would even find employment easily since we still have menial professions like black smiths, cobblers, carpenters and farmers. Their sense of modesty and simplicity will probably even appeal to the religious and conservative sections of society! It truly is a match made in heaven.

But the fact is that the residents of Quetta aren’t Amish.

Life without electricity is really hard and inconvenient. People are unhappy and frustrated and it is affecting our everyday life. And affect surpasses the households and seeps deep into businesses too. Most businesses that depend on electricity have been forced to switch to generators that run on petrol and diesel. With the ever-increasing fuel prices, this means rising costs for businesses and lower margins. Electricity and gas are basic necessities and the government of Pakistan has failed in providing it to us. It is no wonder people do not want to invest in Balochistan.

I do hope that the government takes note of this problem and fixes it as soon as possible because we, the people of Quetta, are tired of being Amish.

A resident of Quetta city, he is an intermediate student, a teacher, a speaker, a volunteer/activist, a blogger, KL-YES Alumnus, and a member of PUAN (Pak-US Alumni Network). He tweets as @emmad_jabri (twitter.com/emmad_jabri)