Do you know where ‘chai’ came from? 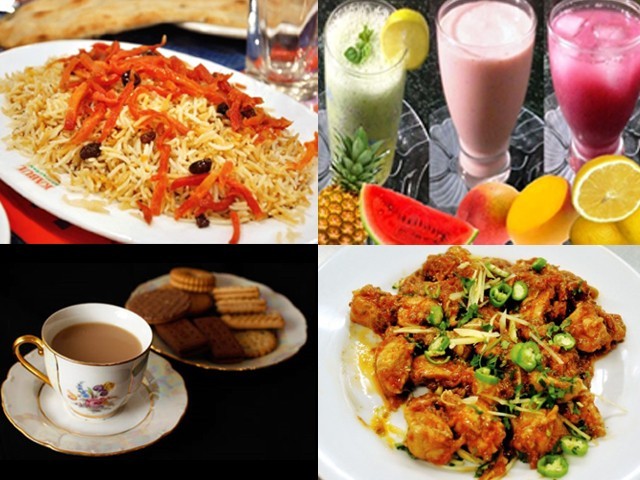 I believe that it is good to know about your cuisine and culture. After all, the food we eat with such relish today has taken a long journey and to celebrate our cuisine we must appreciate the food we eat today and continue the process of culinary innovation.

The food we eat today is influenced by several cultures. I learned this after reading the highly informative book called Curry: A tale of Cooks and Conquerors by Lizzie Collingham.

The historical references in this book are elaborate and provide an insight into our cuisine.

Isn’t it almost impossible to fathom the idea of Pakistani and Indian cuisine without the use of different types of spices?

But before the Portuguese entered Goa, our part of the world had never seen a chilli. And when the Europeans travelled to India, their aim was to increase trade, but as a result of this trade, new ingredients were introduced and our eating habits changed forever.

The Mughal Empire also had a great impact on the food that we eat today. The Mughals believed in dining lavishly. They paid their cooks a handsome amount of money and gave them the freedom to experiment. Mughlai cuisine itself was heavily influenced by Persian cuisine.

Pulao was a dish very dear to the Mughals. The pulao is a dish made with rice, aromatic spices and meat. It is said that the pulao inspired the Italians to make the risotto and the Spanish to make the paella. Moreover, a pulao is the perfect way to gauge the quality of ingredients used by the chef. Ideally the rice should be fragrant and separated while the aromatic spices used should not overpower the natural flavour of the Basmati rice.

While making a pulao, I prefer to use tough cuts of mutton attached to the bone because the tough cuts add their own flavour and the bones make a rich stock. In addition, I get to eat the bone marrow while feasting on my pulao.

What more could one ask for?

During Emperor Akbar’s rule, innovation in the Mughal kitchens was at an all-time high. Spices were being used in varying quantities and different ways by the cooks to create something new. This gave birth to the culinary heavyweight – the biryani.

Biryani took its inspiration from the pulao. The cooks used the new spices available due to the advent of the Portuguese to make an even more aromatic and spicy rice dish and hence, the biryani came into being. While the pulao is cooked in one pot, biryani must be layered and steamed before serving. Biryani was created in Delhi and proved to be the perfect example of a cuisine moving forward.

Mughlai cuisine was brought to the southern parts of the Indian subcontinent when Emperor Shah Jehan took over Hyderabad. Since the level of spices used in the south was substantially higher as compared to in the north, biryani from southern India was sharper and spicier to the taste.

Ever wondered where the refreshing fruit punch came from?

Emperor Aurangzeb would serve beverages to the British officials who visited him and these beverages would be a blend of spices, fruits, sugar and arrack.

Although the ingredients would vary due to seasonality and availability, the drink would consist of five ingredients in most cases.

The British picked up on the word ‘paanch’, which is Hindi or Urdu for the number five. Due to differences in pronunciation, this cocktail eventually came to be known as punch in the western world.

Tale of the mighty shami kebabs

Some of these culinary innovations have truly humorous origins. Take Nawab Asafud Daulah, for instance. He is the reason why we have shami kebabs today. The nawab lost his teeth and hence, was unable to chew his food. His cooks were instructed to prepare something delicious but which required no chewing and this gave birth to our beloved shami kebab.

Rumour has it that Asafud Daulah ate so many shami kebabs that he was unable to mount his horse due to obesity.

So, now every time you are served shami kebabs, you can imagine a fat nawab falling off his horse!

Even the term ‘curry’ was introduced by the Portuguese and the British. The Portuguese picked up the term from South India where the Tamil word for a dish prepared by sautéing meat or vegetables is known as ‘kari’. The Portuguese reconfigured the word to ‘caree’ and eventually it evolved into our well-known curry.

We have separate names for all our cuisines such as korma, salan, karhai. However, the British categorised all dishes that were served with a spicy sauce or gravy as ‘curry’.

I remember when I heard the word ‘curry’ for the first time, my mind automatically went to the dish known as karri. Karri is made with yogurt and chickpea flour. Once the gravy is ready, fried pakoras are added to it which adds a layer of texture to the dish.

Although the British were not able to change much of our eating habits they had one contribution that has become deeply rooted in our culture – tea.

It is hard to imagine a day without tea in our part of the world. Tea is more than just a beverage for our people; it has a social significance in our culture. Although not a regular tea-drinker myself, I know a number of people who are quite serious about their tea.

In fact, a friend of mine has a specialised tea cabinet with different types of teas for different times of the day!

However, the subcontinent did not welcome tea with open arms initially.

It took the British years to make tea popular in the Indian subcontinent. Tea arrived in India with the arrival of the industrial world. A Tea Association was established which helped to market the product to the Indian population. The Tea Association would tour the country and teach people the correct method of making tea. However, tea vendors did not bother much about these methods and made their tea with plenty of milk and sugar. As tea became increasingly popular, people began to experiment with it and this gave birth to the different types of teas, especially masala chai (spiced tea).

My friends often make fun of me when I tell them these random facts. I have even been told that I have a ‘fun fact’ tone.

But I believe that it is good to know about our cuisine and culture. After all, the food we eat with such relish today has taken a long journey and to celebrate our cuisine we must appreciate the food we eat today and continue the process of culinary innovation.

Most importantly, we should share our rich cuisine with people whom we care about.

Is currently pursuing a Bachelors degree in Culinary Arts. He is discovering Pakistani cuisine and thinking of innovative ways to bring Pakistani food on the world map. He tweets @asadaamir1

The people of Karachi: Everyone has a story

A Pakistani boy in the kitchen: Chasing my dream with a pinch of salt

For the love of roti: The flatbread connection