Have you forgotten all that Musharraf did for you, Pakistan? 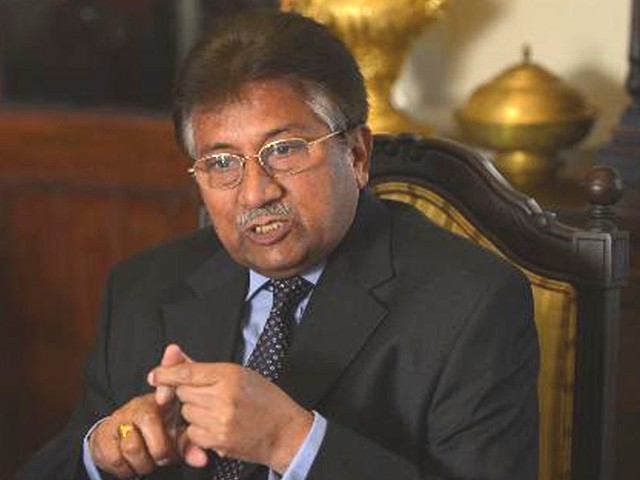 Rulers never have absolute power. There are millions of interests that have to be accounted for prior to taking decisions that affect nations and their citizens. PHOTO: AFP

It was just another day, on October 12, 1999, in New York City where I was an undergraduate student. Little did I realise then that it was the day that would go down as one of the most controversial days in Pakistan’s history.

It was the day when the Pakistan International Airlines’ (PIA) flight PK 805, was denied landing rights in Pakistan on its return from Sri Lanka. A detour out of Pakistani territory would have meant an imminent crash of the commercial airliner, due to low fuel, with its 198 passengers on board. Amongst the passengers was none other than General Pervez Musharraf – a man who was to become the country’s first-ever Chief Executive and was destined to bring about some positive social changes in the life of the average Pakistani.

In his book Hijacking from the Ground, Mr Aminullah Chaudhry, then director general Civil Aviation Authority (CAA) in Karachi, narrated the incident in the following words:

General Pervez Musharraf was truly a blessing in disguise for all Pakistanis. Whether we dare to admit it or not, Pakistan saw some of its best years in terms of economic progress and social stability under his rule.

I, for one – an average Pakistani – have intermediate needs to worry about which my counterparts in the West often take for granted.

Social security, which forms the hallmark of the democratic and developed governance systems of the West, is absent without a doubt. In the absence of government support, issues such as employment, wages and prices take precedence over treason trials. Although it is critical and vital to get our ‘houses’ of governance in order, usually the systems follow strong social foundations. However, in Pakistan we seem to have it the other way around – a top-down approach – where we aim to develop macro systems of governance without considering the ground realities.

These ground realities are that life and living conditions for an average Pakistani are at an all-time low. Although we saw a moderate rise in living standards during the years of General Musharraf, even those indicators have fallen during the last five years.

Ask any Pakistani and I can bet that they would say that we were more financially sound from the perspective of an average Pakistan then than we are currently.

Over the last five years, the lower-middle class has slipped into further financial decline.

For a quick comparison, please take a look at the infographic below to put things into perspective. The graph clearly shows that the economic decline only came about after Musharraf vacated the presidential seat. A growth rate of 5.14% is only a consequence of sound economic policies that trickled down to the common Pakistani. Yes, there was probably corruption and most likely, plenty of it. But the living standard of an average Pakistani was also rising.

Now compare this with some figures from as recent as 2013 when inflation was at 11.3% in April.

Moving onto factors other than economic prosperity, I, an average Pakistani, care more about the fact that our literacy rate rose by approximately 11% under Musharraf than about the technical fact that the constitution was held in abeyance by him.

And I can say, without a doubt, that any Pakistani, irrespective of political affiliation, cannot deny the importance of hundreds of kilometres of highways constructed, a decrease in poverty levels by approximately 10% and the establishment of a wide network of universities.

If we look at it from a more macroeconomic perspective, Pakistan’s foreign exchange reserves rose to approximately $17 billion, and sectors such as manufacturing and IT saw unprecedented growth.  A flourishing manufacturing sector and IT industry translates into jobs and employment opportunities, which in turn, means social security – one of the most fundamental requirements to lower petty crimes and thefts in a society.

Unemployment actually fell during the Musharraf years and rapidly rose during the years termed as ‘democratic’.

As facts tell us, it was nothing but a massive mirage of sorts.

Moreover, inflation was tightly controlled as illustrated in the following graph:

Still, in case you doubt statistics reported by local bodies, here is what the World Bank reports about the overall economic performance of Pakistan during Musharraf’s reign.

Hence, it comes as no surprise that the International Monetary Fund (IMF) declared Pakistan as the fastest growing economy after China and India during his years.

I don’t know about you but I would pick progress of this magnitude over meaningless constitutional violations any day. Yes, building institutions is important. But strong institutions only result from a process of evolution – they cannot be crafted artificially with superficial doses of ‘democratic governance’.

We may not realise it or we may not want to admit it, but the Musharraf years were more ‘democratic’ – at least for the common man.

Democracy is a mindset

I believe that democracy is a mind-set where dissent from the status quo is not brutally persecuted and suppressed. Democracy is not ‘the best revenge’ – it is the best, period.

Freedom to question the official narrative was officially encouraged

Musharraf also set the precedent for his successors. His years in power set the practise of both, media and people freely questioning those in power without incurring either the wrath of the rulers or censorship. This was a massive achievement in Pakistan’s context and a key pre-requisite for true democratic dispensations. And we must acknowledge General Musharraf for this achievement.

Acknowledgment of mistakes – the good and bad go hand-in-hand

Yes, General Musharraf did make some mistakes – blunders that were too massive to be forgiven or forgotten. And yes, some of those had huge repercussions for the country. But then, who does not err? Is there any human that has never erred?

Other than the divinely appointed prophets and messengers of God, there is no human on earth who is perfect; the good and bad go hand-in-hand. One characteristic trait that I notice in most Pakistanis is that they not only forget their benefactors but they also fail to realise that a system can never be 100% perfect.

However, it is crucial to measure the performance of governments in terms of what they delivered to the people. Most people would agree without a doubt that the most prosperous years of Pakistan were those of Ayub Khan and General Musharraf.

Given all these facts, the question in my opinion is not whether we should indulge in a trial or not. The more pertinent question is whether we can afford it.

It is a classic cost-benefit and Return-On-Investment (ROI) analysis that most business organisations indulge in. After all, a country and its management are not very different from an organisation.

In fact, a country is an organisation by all definitions and practical implementations.

Remember – it was a hijack

The most important thing that we need to remember is that the airliner was officially hijacked without the slightest regard for all the regular Pakistanis who were returning home. This was not a Pakistan Armed Forces aircraft and neither was it a private jet on contract. A diversion of the plane without adequate fuel to sustain the air travel would have caused the plane to crash. Hence, my only question to the people is this,

“Is a treason trial more important than the verdict of death that was officially handed to each one of those Pakistanis on board PK-805?”

Please let us invoke some sensibility and realise that even though General Musharraf did make mistakes, he also made sincere and honest efforts to transform the living standards for an average Pakistani with the little amount of ‘real power’ that he wielded.

The treatment that he is being meted out now makes my head fall in shame and rise in awe simultaneously.

Is this the way to treat a person who actually did something to make my life better?

Is it right to haul him to court under charges that are quite superficial compared to the improvements he brought in the social infrastructure of Pakistan?

What kind of a lesson are we sending to the future leaders of Pakistan – that if you dare to work towards improving the living conditions of Pakistanis, you would not only be prosecuted, but also persecuted and hounded?

While you are in the process of answering these questions, do try and recall that the plane was on the verge of a crash with approximately 198 Pakistani civilians on board.

It may be hard for some to fathom this but rulers never have absolute power. There are millions of interests that have to be accounted for prior to taking decisions that affect nations and their citizens.

Considering the sycophants that surrounded Musharraf, it is not only remarkable that he managed to bring about this little improvement to an average Pakistani’s living standards, it is also evidence that the General’s heart was in the right place.

So, on behalf of all Pakistanis who agree with me and those who will hopefully try to understand my point-of-view, this is what I have to say to General Musharraf,

On behalf of all Pakistanis, I apologise to you. This is the least that I could do considering how you worked to make my life better. Thank you for your efforts.”