RIP Chaudhry Aslam: The man who walked through fire 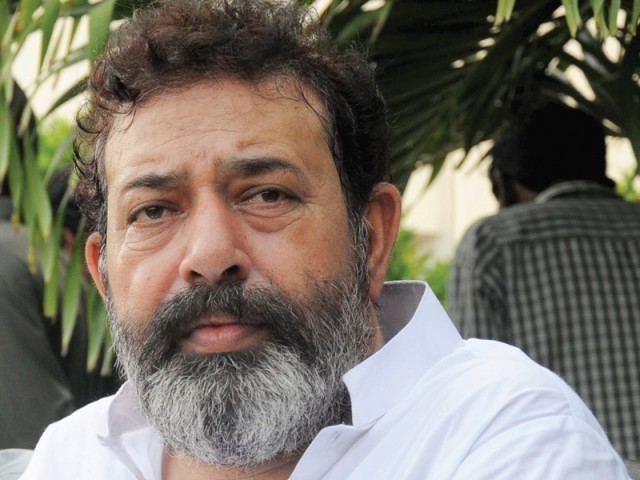 We have lost a brave man today, a man who had guts to stand against the Taliban. PHOTO: AFP

I walked into the newsroom and everyone was buzzing. There was a blast in Hassan Square and someone was dead. It’s Karachi so you know, this stuff happens every other day, but it wasn’t just any other day and it wasn’t just someone.

It was Chaudhry Aslam.

In 2011, they blew up his house and then in January 2006 there was an assassination attempt made on him at Gizri by gunmen associated with a big political party.

I grew fond of him while working on The Express Tribune’s Karachi desk. Anytime something went wrong in the city I saw pictures of Chaudhry Aslam – standing, sitting, strolling in his trademark white shalwar kameez with his buttons undone, a flashy watch and a cigarette; telling everyone it’s going to be okay, we’re going to get the bad guy.

In September 2011, we did a profile on Chaudhry Aslam where the reporter described him as the only officer who had the undisputed reputation of being the ‘Sultan Rahi’ of the Sindh police force. A few days before the profile was published, the Taliban had bombed Chaudhry Aslam’s house. The bomb went off early morning while Aslam and his family were still at home – the front of their house was blown to smithereens.

I remember getting there to take photos and was in shock.

Aslam was with a group of people dressed in black inspecting the loss, while I was busy staring at bits and pieces of his house –there was a clock, a stuffed deer and pinkish orange curtains. Eyewitnesses said Chaudhry Aslam walked out of a black cloud of smoke and was the first to pick up the dead and injured. The Taliban had just blown up his house and you know what he said while pointing towards the eight by six foot crater?

“I will bury the attackers in the same place here,”

He was there every time there was an operation in Lyari. He was there at every blast site. He had a lot of enemies – from the Taliban to the gangsters of Lyari.

A senior officer who used to work with Aslam told a reporter once that, one had to admire the merit of people like Aslam because if he hadn’t done some big things, the terrorist wouldn’t be after him, now would they?

Well, they finally got him and it makes me very unhappy because that man had guts. He was a baller policeman; one who will be irreplaceable.

Rest in peace you brave man.

A senior sub-editor on the Peshawar Desk at The Express Tribune. She tweets @tabahitooba (twitter.com/tabahitooba)

Media ethics and rape: Have a heart!

Emo kids get shot in Iraq

Think you have gonorrhea? Call Rahnumma