A fat girl in love 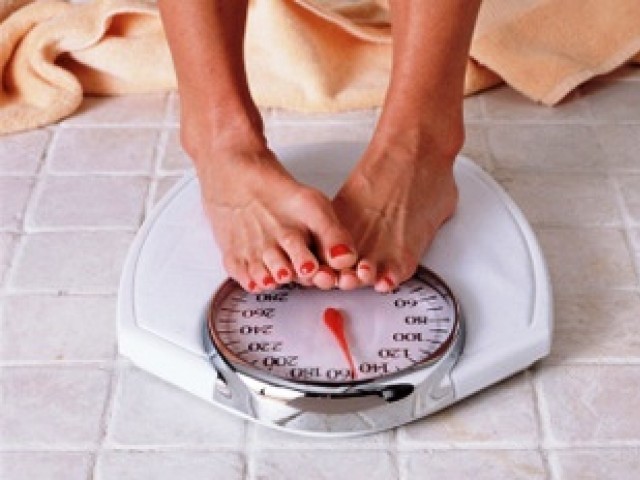 An unhealthy obsession with the weighing scale can translate into insecurity.

As long as I can remember, I have struggled with my weight. My life revolved around criticism, public humiliation, failed diet plans, forgotten workouts and exercise machines which now have turned into hangers (with my towels and clothes and bags hanging off them). It’s hard to believe my dad when he says I was born underweight. Anyway, this writing is not about me and my weight loss struggle, it’s about pretty ladies out there who are working out just to fall in love or land somewhere near it.

The gym was a crazy place

My weird obsession with this notion started two years back when I had my well-deserved summer break wasted at the gym (or so I thought). I would constantly wonder why all these women think of themselves as any less than others. The gym was a crazy place, with an instructor as thin as a pole with bones that stuck out and a workout which would make you sweat like a pig. I was lucky enough to run into one of my college mates there and we would have a good laugh at the weird exercise positions. At the end of the day, you were made to stand on an electronic weighing scale which told you your weight up to three decimal units. If you weighed more than you did the previous day, you had to go into the “interrogation phase” and mention where you “slipped” in your diet plan and how much “forbidden” food you ate. Apparently, my friend and I were the only ones who would brag about all the forbidden food we ate.

Losing weight for the wrong reasons

There was an insanely well-proportioned girl at the gym, who would come daily and give all the ladies a run for their money. Once, while making small talk other ladies asked her, “Why do you come daily for such a rigorous workout? You don’t need it although we know workout is important — but still?”  She replied, “My fiancé thinks I am fat.”

I laughed because she looked like Heidi Klum to me! She got a little agitated and said, “No, he said I should lose at least five kgs before the wedding.”

I initially appreciated her honesty but later felt sorry for her being with a guy like this a  guy who “weighed” her looks.  Later, I realised that most of the younger women at gym were working hard just so that they could get a “good proposal.” In their desperate attempt to get married, they were equally desperate to fit in a size zero.

I am not saying that being fat is good and losing weight is stupid, I am saying that losing weight for someone else, rather than for yourself,  is downright pathetic. The fact that a ‘good proposal’ may never come just because you are fat makes me not want to marry at all — seriously. What people don’t realise is that there is nothing good about it. If a person is rating you on your proportions and you are actually happy with them, it’s a completely sorry case. I agree that looks are the first thing that attracts people, but there has to be more then what meets the eye only. There is a person’s personality, the family they belong to, education, upbringing — a  lot more than just proportions.

How about noticing something else for a change?

A guy friend of mine wanted to change the way he looked. I guess in his head, he thought people would start taking him seriously if he had a six-pack. The whole “bachiyaan impress hoti hain” notion of his made me laugh. If only he worked on his personality and avoided being a jerk rather than pursuing a six-pack, something might happen for him.

As goofy as it sounds I had a crush on a guy and when one of my college mates called, I told him excitedly about the guy I liked. My college mate asked me if I thought he likes me too, to which I replied that maybe he does. Then my college mate asked if he was good-looking. My reply was very detailed. To my utter dismay, my friend asked me not to be stupid, because guys like him (good looking tall guys) won’t take a girl like me (a fat girl) seriously. He obviously didn’t say what I wrote in brackets, but I caught it.  I thought what about a witty guy for a intelligent girl? Why did it revolve around proportions? I felt annoyed.

In my experience, most people who comment on my weight want to feel good about themselves.  This was definitely the case for one of my co-workers, who would publicly share weight loss techniques. My cousin suggested:

“Just tell her you are not fat you are luscious.”

When the thin girl at the gym was finally quitting, I asked her if her guy was happy with her. She said:

“Yes, I lost a good amount of weight for him and now he is happy. He does think my hair looks dead and wants me to.. you know, maybe get a haircut…The day I told you I was here cause of my fiancé you laughed at me. I was wondering if you laughed at me because I was so thin and still worked out, or you laughed cause I was losing weight for my him.”

I just replied honestly and told her.

She then said, “Thanks for laughing at me, seriously! It made me realise that if I get a haircut today, tomorrow he might demand a damn nose job.”

She laughed. “We called it off and I told him I wasn’t his customisation object.”

All the beautiful ladies out there, don’t customise yourself for someone else. If you want to lose weight, get a haircut, dye your hair pink… do it for yourself. If you want to fall in love, you don’t really have to fit into size zero for it (needless to say, it would be great if one day you finally could, or if you already do). Today, I am comfortable in my skin, lost a few pounds and have fallen for somebody on my own terms. This doesn’t mean I don’t want to lose more weight.  I want to do it to fit into a pair of sexy jeans I saw at Outfitters the other day. Stop stressing over how you look and whether you will find “the one” or not! Nobody should tell you whether or not you are good enough. Be the best version of what your mom and dad gave you and remember that whatever you let define you, defines you.

2010: The year of Bieber, vampires and iPads

For those of us who can't afford private college

Do you even have an opinion?