Why shouldn’t the MQM demand a separate province? 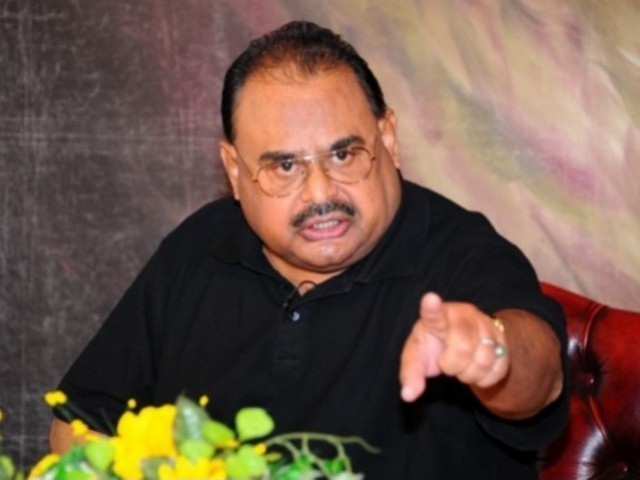 Ever since Muttahida Qaumi Movement (MQM) Chief Altaf Hussain demanded a separate province for the Urdu speaking population of Sindh, local media and politicians have by and large framed the debate firmly against the MQM.

As has always been the case, any stance that the MQM takes is somehow twisted and presented as anti-state, and this time was no different.

The demand for a separate province is never a preferred or pleasant one, as Altaf has stated himself. However, instead of focusing on the cause of such a demand, most of our media anchors, politicians and nationalist leaders pounced upon the opportunity to bash the party instead.

While the stance adopted by nationalist leaders is understandable, as their political existence is based upon Sindhi nationalism, the carefree stance adopted by the Pakistan Peoples Party (PPP) seemed reminiscent of 1971. It is ironic that the Baloch separatists, who are asking for independence from Pakistan, are considered to be brothers and negotiation offers are being made to them, while on the other hand the people of urban Sindh are considered traitors just because they asked for an equal distribution of resources in the province.

Those who blame the MQM for fanning hatred among the natives of Sindh are perhaps not aware that it was the denial of basic rights and unequal distribution of resources that became the very basis for the creation of this political organisation. Altaf Hussain has been trying to gain equal rights for Muhajirs since 1978 and it is only now, after knowing that he has exhausted all other options, that he has put forward the demand for a separate province.

Under the current circumstances, the chief contributor to the deprivation prevailing in urban Sindh is the PPP. It was the PPP that introduced the quota system, benefiting the population of interior Sindh – its main vote bank. It was the PPP itself that divided its ‘motherland’ Sindh into urban and rural.

Thus, practically speaking, Altaf is not asking for something which does not exist. The urban-rural divide and distinction already exists, san geographical boundaries. Altaf has only asked for the creation of these geographical boundaries, so that there is no longer any invisible division in Sindh so that both, the rural and urban parts, can make better use of their resources.

There is no denying the fact that a large portion of the urban population of Sindh, despite being better qualified, remains deprived from government jobs and admissions to government educational institutes. The PPP, that claims to be a national level political party, (though the way it emerged as a Sindh level party in the last general elections is a different story altogether) has never made any attempt to alleviate the deprivation and injustice prevailing among the urban population of Sindh.

Being the larger party in the provincial assembly, it is the responsibility of the PPP to take steps and address urban Sindh’s complaints. The PPP should agree for the just distribution of resources, accept the mandate that the urban population of Sindh has been giving to the MQM since 1986, and give autonomy to local governments.

True leadership is one that identifies and makes use of opportunities presented in difficult circumstances. A little flexibility and understanding can help the PPP achieve tangible solutions to almost all the problems faced by urban Sindh.

Till now, it is the relatively younger political party, the MQM, which has played its card really well. The way the MQM showed flexibility and approached Ayaz Latif Palejo regarding the issues at hand, shows that the MQM has come of age – it is a mature and responsible party now.

The best part of the MQM’s reach out to Palejo is that it has, for the time being, nullified the most important card PPP had, the Sindh card. I believe it was a master stroke and knowing that the MQM focuses on saving the urban Sindh from injustice, I support this decision made entirely out of necessity.

How MQM taught me never to lose hope