Game of Thrones is the greatest show of all time 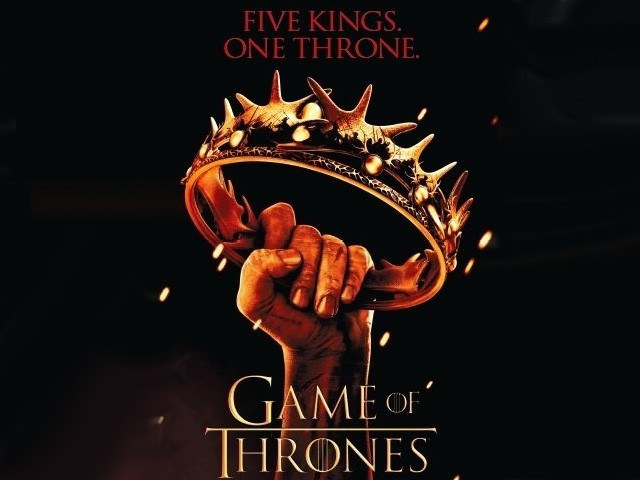 Game Of Thrones is not just a show, it parallels real life as we know it. Source: IMDb

My shout reverberated off the walls, sounding even louder in the quiet environs of my workplace. My colleagues gave mixed reactions. Some were shocked while one intern asked,

‘Unsullied’ – while not an offensive word – was not really in my usual repertoire of phrases and hence, their reactions can be excused. Some sniggered into their keyboards while other ‘potential CEOs’, gave me a knowing look and nodded sagely. One particularly wise one walked up to me and called me the ‘father of dragons’ in a conspiratorial whisper.

I felt proud, my work here was done.

My booming cry was, of course, a reference to that wildly successful HBO TV show, Game Of Thrones (GOT). For those living in caves or under rocks, GOT is based on fantasy writer George R R Martin’s series of novels A Song of Ice and Fire.

The show finished its third season this summer and has received both critical and commercial acclaim.

Is it the greatest TV show of all time?

This scribe can agree but there are naysayers aplenty. In just the comedy section many swear by Simpsons or Friends while the older and truly ancient enthuse about Seinfeld and Happy Days. In the drama genre Sopranos’ fans give stiletto glares if you mention GOT being ‘GOAT’ (yes, Roger Federer has another challenger) while my father’s generation would mention Kojak and give GOT the same withering look that the Dowager Countess of Grantham from Downtown Abbey would give to the prospect of watching an IPL match in Mumbai.

No, the show has its detractors but for millions it is an instant classic.

Eminently watchable, the show has one thing most TV programs, including our own Urdu serials, lack – great dialogue. There has been an overall decline in script-writing globally and one simply does not hear the same scintillating phrases anymore. Try watching an old MGM classic or PTV drama up till the 80s or anything by Guru Dutt and you will understand what I am saying.

For this reason, it falls right into my other passion – quoting movie lines and bringing them into regular conversations. Conversations have gotten duller since the advent of talk shows and my need for pithy one-liners has only grown. In this conversational wasteland, lines from GOT works wonders.

The bombastic words and swashbuckling phrases can be drenched in hyperbole and do not even need to be pertinent. A general sprinkling of them over mundane conversations provides a ready, albeit false, sense of accomplishment to the speaker and bemused befuddlement for the listener.

The show is also an example of how popular TV programs or movies become first a part of pop-culture and then permeate language in an almost imperceptible manner. Remember when we first loved and then soon cringed at ‘Hasta la Vista’? Or the excitement when you uttered ‘I am going to make him an offer he can’t refuse’ in a hokey Italian accent?

Of course, there is also the Indian film dialogue which has been a mainstay of several conversations. Which one of us has not tried to impersonate Amitabh Bachan in his suburban cool when he drawls to a bunch of dockyard bullies in Deewar?

(You were looking for me over there and I was waiting for you here.)

Or rolled up our jacket sleeves and grown a five-o-clock stubble in an effort to get on the Miami Vice bandwagon?

GOT is a part of the same pedigree and has added a whole new lexicon to my vocabulary.

Many of the scripted words make far greater sense than conventional ones. Instead of using the odious and misleading ‘elite’ for the moneyed classes I use ‘high-born’ which plays well into my ‘ovarian lottery’ theory.

The word ‘elite’ has positive connotations and conveys a sense of virtues for the ‘cream’ of society but the ‘cream’ as we all know, is rich and dense and thus, my increasing usage of ‘high-born’.

Then there is politics and politicians. I am tempted to create analogies with local politicians and now call the finance minister ‘Master of Coin’ which is quite apt since it seems that our minister is only good for counting coins of small denominations.

I talk of secret whisperings of the birds and when someone refers to a famous journalist-cum-sports official, I dismiss them by saying that I was referring to Lord Varys – the spy master in the show.

‘Thwarting you has never been my ambition, although who doesn’t like to see his friends fail now and then’

When a friend told me about how well Saeed Ajmal bowled I replied,

“The old wolf had to, winter is coming.”

He was left somewhat confused but I walked away buoyant. When another complained about me spoiling his dinner plan by showing up late I told him,

“Thwarting you has never been my ambition, although who doesn’t like to see his friends fail now and then?”

He was non-plussed, a barbeque session gone wrong is hardly a rank failure but what did I care? At a family breakfast there was the usual discussion about relatives and I seized the opportunity to throw in a little gem and intoned,

There was a pattern building and when a wag at an art exhibition harangued on about chaos my riposte was,

“Chaos isn’t a pit, it’s a ladder; the rest are illusions, only the ladder is real.”

‘A Lannister always pays his debts’

GOT is not just a show, it parallels real life as we know it – a kingdom with many kings, each vying for power with double crosses galore, a capital with Byzantium politics and wildlings from beyond the Wall who threaten to plunge everything into disarray.

“Every time we eliminate an enemy we create two more.”

These words could have been uttered by John Kerry but instead, it is Tyrion Lannister – one of the main characters and an unlikely hero who says them. Given the right setting, these statements have a sublime effect.

Either that or I end up being branded a moron and live with the shame of being daft but that is a risk we mavericks have to take. But those who mock and malign, beware…

“A Naqvi always pays his debts…”