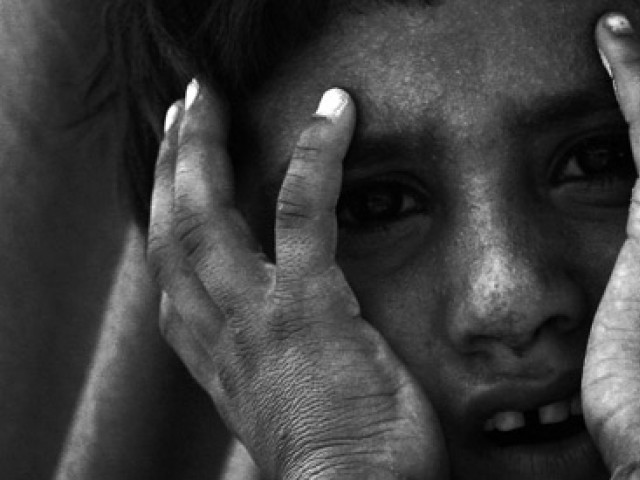 The government remains in denial, despite the brutal death of 22 children due to child labour abuse. PHOTO: Reuters

If anyone has any doubts, please search for Shazia Masih (Lahore), Jameel (Multan), Yasmin (Okara), Shehzad (Gujranwala), Zafar (Karachi) and Tehmina (Islamabad) to name a few. All of these cases show that child domestic labour is one of the most formidable forms of child labour in Pakistan. However, the federal and provincial governments in Pakistan have failed to respond to the situation.

The problem with Pakistani society is that we forget about such cases after some time.

The initial horror and anger dies down and the case then is buried deep in our subconscious. We don’t have any follow up mechanism and thus such cases only remain in the limelight while the media pursues them. Once the media loses interest, everyone forgets about it until a new case is reported again a few months later.

The government, however, remains in denial, despite the brutal death of 22 children, lifelong injuries of many others and a number of children missing. There are organised gangs involved in the internal trafficking of children and are providing children as domestic servants in urban cities.

To avoid such cases the federal government should put an immediate ban on the employment of minors and child domestic labour should be added in the schedule of banned occupations under the Employment of Children Act (ECA) 1991 through an official notification.

The only argument from those who oppose this is that it wouldn’t be possible for labour inspectors to conduct inspections of houses individually. In my opinion, even with the labour department carrying out inspections, they won’t be able to achieve much or have a positive impact when it comes to labour rights in Pakistan.

I agree that policing is not a solution, however, the ban will make bureaucrats, parliamentarians and the common people realise that such employment is against the law and if it won’t stop them completely, it will in the least give them the fear of legal repercussions. It will also give young children a valid law to rely on whence refusing to do domestic work.

Authorities will be able to take action against employers and parents who have subjected their young children to such forms of labour and extensive awareness raising campaigns by civil society groups would help reduce the number of incidents by alerting communities about the consequences of employing innocent children and risking their lives.

According to Article 25-A of the Constitution of Pakistan, which safeguards the right to free and compulsory education for all children up to 16 years, there should be no excuses for the existence of child labour in this country. These kids should not even have the time to gain such employment. The problem is not with the existing law; it is with the lack of implementation and a lack of resolve to initiate such progressive change in the country for fear of inconvenience and short-term poverty.

Young children, brainwashed by needy parents, employers and other mafias, have no choice but to resort to the menace of child labour, but just like one feels scared of being caught stealing, the implementation of these laws will help activate the same fear in this case; in both parties, those pushing the kids and within the children themselves.

My sincere request to Mr Shahbaz Sharif, Chief Minister of Punjab, is to take proactive action against this kind of inhumane activity and immediately ban child labour as a part of the ECA. The reason I am directing my request towards Mr Sharif is because, as mentioned above, most of the cases of violence against children doing domestic labour have occurred in Punjab. Many cases have probably gone unreported and thus, unnoticed. That, however, is not to say that other provinces are exempt from this and can take this issue lightly; it is most likely that the cases that have in fact taken place elsewhere have not been reported or have been swept under the rug merely as ‘accidental deaths’.

On a side note, I would like to add that it is not just the government’s duty to ensure the safety of the children of Pakistan, it is in fact the duty of each and every employer, parent and citizen to make sure the future of this country doesn’t just have the right to live, but the right to ‘survive’ too!