Has Quetta’s charm been lost forever? 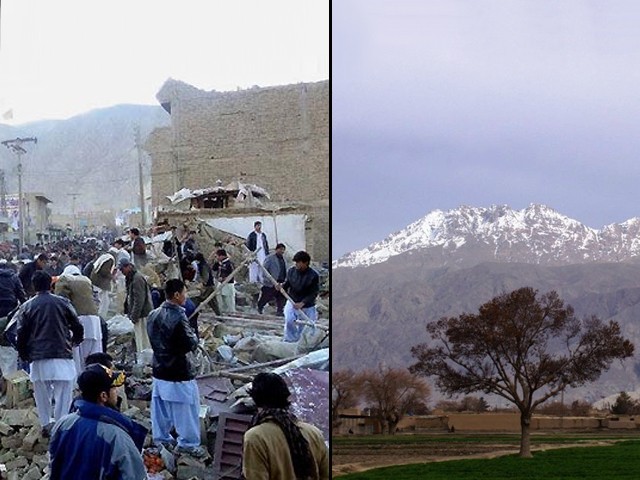 Unfortunately, in recent years Quetta has lost its charm of tranquillity and serenity.

While travelling on the Regional Cooperation for Development Highway (RCD) and the National Highway under the moonlight, which shone so bright that one could clearly see the crossing, I was hit by a wave of nostalgia. It made me reminisce about how Quetta used to be a peaceful, calm, and content valley – once upon a time.

Over the past few years, Quetta has lost its charm of tranquillity and serenity. Gone are the days when roaming on Prince Road to find the right eatery for dinner and queuing in front of Flora for ice cream and milk shakes was a common trend. Memories of camping at Hanna Lake and Hanna Urak (picnic points in Quetta) linger on in my mind and I feel these memories will not be relived any time soon.

These areas of interest have become entirely inaccessible to the common public. So much so, that it feels like one needs a visa to be able to enter the Quetta Cantonment area since the military cantonment area has been sealed off with tight security arrangements. People need to submit their ID card to go through the military check posts and at times many civilian vehicles are not even allowed to go through despite having ID cards. So much for freedom and accessibility.

The absence of fear is desperately missed in Quetta. The current situation is dismal and citizens of Quetta have to literally search for an opportunity to enjoy life. I would like to believe they try to live their life without being fearful of the prevailing situation, but the glaring insecurity makes them realise that life in Quetta has become extremely stressful. With the recent spate of bombings, murders and disappearances, I am not surprised that people fear for their lives with every passing minute.

A couple of years ago, the chief minister of Balochistan and a Capital City Police Officer (CCPO) said citizens in the country are under the impression that they will get shot or killed once they enter the city.

Yes, of course, how convenient. Those who say that Quetta is safe are residing behind barriers in their mansions. It’s easy to claim that Quetta is safe from the comfort your palatial home. All they can probably see from their windows are their privately owned orchards.

All major buildings such as the office of the Inspector General of Police (IGP), the CCPO office, the FC (the para-military force) head quarter, the DIG office, the Iranian Consulate have similar security arrangements. They all are secured behind massive barriers. This highlights the disparity which is prevalent in Quetta. Rather than securing the common man, the officials in power have decided to secure themselves.

In terms of media portrayal, somehow Quetta manages to always make headlines, be it bombings, target killings, or sectarian violence. Even when the city is free of violence, a natural disaster strikes causing great damage to human settlements, and yet again, we make headlines.

How can the media write anything positive about Quetta, considering every time a woman goes to the market, her son must make frequent phone calls to find out if she is safe?

If a man is late, his mother worries and flips through news channels to see if there was a bomb blast.

A family is constantly worried that their son could be picked up and detained.

But these concerns are valid. I do not see common citizens content and secure in Quetta. Over the past few years, doctors, lawyers, businessmen, policemen, journalists, politicians, nationalists, tribal elders, religious clerics, refugees, students, and minorities have been victim to all kinds of terrorist attacks and activities.

Therefore a question arises, who is safe in Quetta?

A few naive media people published reports regarding the government imposing bans on pillion riding and carrying arms under section 144. I cannot remember if the ban was ever lifted in Quetta since 2006. I asked the CCPO and the spokesperson for the government of Balochistan whether the ban on pillion riding would be lifted anytime soon and they responded saying that the ban has been extended because the notification needs to be renewed after every month or two. That means pillion riding is still banned.

I am not a pessimist or cynic by nature, but I highly doubt we can get the authentic charm of Quetta back, the harmony, the love, and hospitality that we once felt. I feel terrible whenever I hear the common man talking. It pains me to hear their concerns and they get worse with time. I can’t assure them of their security and stability while safety arrangements for security officials are always on the increase and the development safety arrangements for citizens is stagnant.

I know stability will not prevail through a miracle and a messiah will not just show up. The situation will only worsen because people responsible for the maintenance of law are not doing their job as effectively as they should.

The worst part is that each person thinks that the law enforcers are responsible for this terrible situation; it is true that there have been tribal feuds in Quetta but individuals were never killed because of their ethnicity and sect. The situation of Quetta can greatly improve if the security forces curb the sectarian violence, target killings and bomb blasts in a speedy manner.

The required authorities need to man up and take a stand for the citizens of Quetta. We need our old Quetta back.