No Dr Hoodbhoy, Karachi is not headed towards nuclear doom 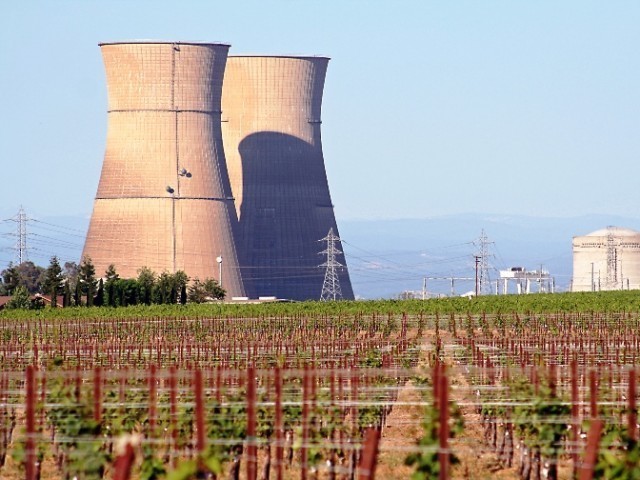 We can only expect that the safety features of ACP-1000, the model power plant being constructed near Karachi, will be stronger and certainly not any weaker, than the existing nuclear plants. PHOTO: FILE

Recently, in an article published in Dawn, a few respected academics argued that, with the proposed construction of two new nuclear power plants in Karachi:

‘20 million people (of the city) are being used as subjects in a giant nuclear safety experiment’.

This is an outrageous claim and the following is my attempt to deconstruct and counter the authors’ argument.

First, the proposed plants are of the ACP-1000 variety. This is a pressurised water reactor, the sort that constitutes the vast majority of western nuclear plants and is based on an extension of Westinghouse Electric Company’s AP-1000 model. It is designed by the Chinese National Nuclear Corporation (CNNC) and according to the International Atomic Energy Agency (IAEA), adopts both ‘active’ and ‘passive’ safety features.

Consequently, safety against both natural and man-made disasters is actually one of the outstanding features of this new design.

It may be true that, strictly speaking, so far this reactor exists only on paper, but to ring alarm bells over the safety of such a reactor is akin to worrying whether the latest BMW or Porsche models are likely to have their brake systems fail unpredictably and urging consumers not to buy them before they ever become commercially available.

We can only expect the safety features of ACP-1000 to be stronger and certainly not any weaker, than the existing nuclear plants – and the authors have presented no evidence to the contrary.

Secondly, the authors cite the accident at Fukushima. They question whether Pakistan would be able to handle such an event if it has proved to be a catastrophe for a technologically advanced country such as Japan, yet they fail to point out the crucial fact that Karachi is nowhere near as prone to tsunamis or earthquakes as Fukushima is.

Leaving aside even that consideration, let us investigate just how ‘catastrophic’ Fukushima really is.

Reportedly, between 20 to 40 trillion Becquerels (Bqs) have so far leaked into the Pacific Ocean as a result of this incident.

To put this number in perspective, cement – a common ingredient of most buildings and houses in Pakistan – has a natural radioactivity of around 304 mBqs per gram due to the trace Uranium, Thorium and Potassium found in its composition.

A typical two-bedroom house requires about 1000 bags of cement, each weighing about 50 kilograms (kgs). This means that the hourly radiation leak from Fukushima is the same as the radiation exposure we all receive from between 75 to 150 two-bedroom houses around us.

This is not including high rise buildings, or even other radioactive sources such as Radon found in rocks and soil. Another back-of-the-envelope calculation reveals that the radiation from Fukushima is under half the radiation exposure we all receive from eating bananas and a quarter of the radiation that a coal plant delivers in normal operation, which brings me to my next point.

It is a little known and often overlooked fact that coal ash, a natural by-product of burning coal for electricity, carries about 100 times more radiation into the environment than a nuclear plant producing the same amount of energy does in normal operation.

This is relevant information for those concerned about eco-safety, especially in a country that, according to a British Petroleum review at the end of 2009, possesses the 19th largest coal reserves in the world – though our coal industry has yet to develop.

The harmful greenhouse gases as a result of coal burning and the impact they have on the environment is a fairly well known story. It is for these reasons, along with others, that nuclear power is often hailed as an ‘eco-friendly’ source of energy, at least in comparison to several other mainstream sources.

This is not to say that nuclear power is some miraculous cure for all our electricity woes, or even that it’s completely safe. There is a reason that the international nuclear watchdog, the IAEA, was established in the first place. There is always a non-zero probability of some safety aspect that we human beings might have overlooked.

It remains a valid point of concern that a nuclear plant is constructed in proximity to a city hosting around 20 million people. KANUPP-1 already has the most number of people in a 30 kilometre (km) radius of all nuclear plants. On the other hand, Karachi is certainly not the first mega-city in the world to have a nuclear power plant nearby.

There are other issues as well, such as availability of infrastructure, geographical stability against natural disasters and the likes that point to the area outside Karachi as a suitable candidate to host a nuclear plant.

In any case, it is highly unlikely that the Pakistan Atomic Energy Commission (PAEC), the Pakistan Nuclear Regulatory Authority (PNRA) or the IAEA would allow construction to follow through unless it is established that all safety concerns have been addressed, for this is precisely their job.

I am sympathetic to the view that information regarding safety, including evacuation plans in case of an unforeseen disaster, should be widely available to the public. However, this goes into the separate topic of how the powers have to decide what is wiser to release as information to the public and what is not; seeing that a vast portion of our population is illiterate.

In short, nuclear power is not as bad as it is often made out to be.

There are of course cleaner, alternative sources of energy such as hydro or solar and these should be explored and developed. Yet our electricity crisis is dire and we need rational debate surrounding these issues.

Mindless alarmism backed with little or no evidence helps no one and is all the more dangerous when it comes from established academics.

A PhD student of Theoretical High Energy Physics, with a focus on exploring aspects of nuclear matter from a String Theory/Holographic perspective, at the Weinberg Theory Group, UT Austin. He tweets as @sohaib_alam (twitter.com/sohaib_alam)