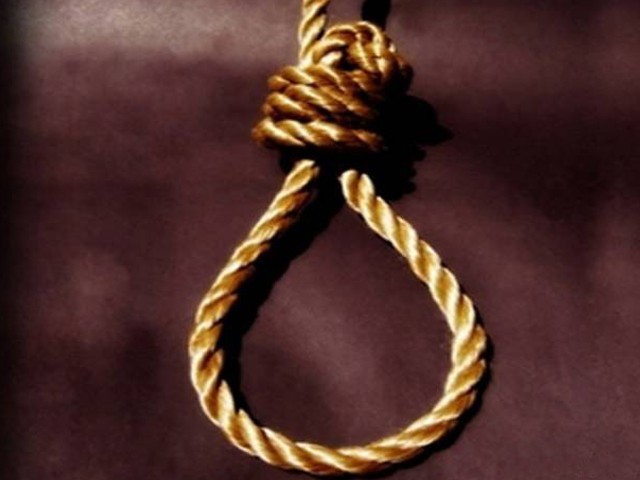 The Government of Pakistan needs to keep the death penalty active and use it against the worst kind of felons and terrorists who have too much blood on their hands and are beyond reform. PHOTO: AFP

“Let justice be done, even if the heavens are to fall.”

This maxim is the brief, yet true, motto of a free and independent system for the administration of justice. Former President Asif Ali Zardari issued a presidential moratorium suspending the death penalty and executions indefinitely in 2008.

Hence, there have been no executions of convicts or condemned prisoners in Pakistan’s jails from 2008 to date.

However, I for one, support the death penalty and believe that it works and should be used for the worst kind of offenders and convicts who have committed crimes of a heinous nature without any remorse.

It is a fact that the longer the courts delay the adjudication, the higher are the chances that the litigants will get fed up of the system and take matters into their own hands.

This has become quite rampant, especially in the courts of Punjab.

The reasons I think the death penalty serves a purpose are:

1. When the convict is punished as per the quantum of the crime committed, the aggrieved party or complainant is able to gain closure and faith in the judicial system is strengthened. However, when a person convicted of heinous crimes such as murder or gang rape – crimes which should be punishable by death – are only punished with a light sentence, eventually the victims decide to take matters into their own hands, regardless of the consequences.

Their aim is simply to gain closure and to ensure that justice is done.

2. Society needs to purge itself of the criminal scum that commits heinous acts which disrupt the very fabric of a society. The state’s writ is more enforced with the frequent use of the death penalty as it sends a message that crime does not pay and that the law is retributive to criminal acts.

3. The death penalty is what keeps the people in check and fear of the law. It has been noted that in the US the federal government has a track record of seeking death penalty in cases where the laws allows it.

Also, it is to be remembered that only after Timothy McVeigh was put to death by the US, did America get closure from the horrific 1995 Oklahoma bombing in which 168 innocent people were killed including children.

4. Keeping criminals in prison only increases the burden on the tax payer since running prisons incurs costs. Putting the condemned prisoner to death – if his crime demands so – does the tax payers and hence, the nation, a huge favour.

5. Violent criminals and terrorists require extra vigilance which is also a burden on the state. Moreover, executing such dangerous criminals puts an end to terrorism and heinous crimes and sends a message to the violators that the law is not to be taken lightly, and a person who challenges the writ of the state will be punished to the full extent of the law.

After all, this is the whole logic behind the concept of crime and punishment of which the death penalty is a major component.

6. According to recent media reports, the new government of Pakistan Muslim League-Nawaz (PML-N) was considering restoring the death penalty. But due to pressure from the European Union (EU) and grant of Generalised Scheme of Preferences (GSP) plus status to Pakistan – a broader access to the EU market place – the current administration has upheld the moratorium.

I fail to understand what kind of an ‘elected’ government would stay the death penalty simply for a few billion dollars?

And this, in a country where public policy and social justice demands that cold-blooded terrorists be put to death along with convicts of heinous offenses. The people want a harsh punishment since only a harsh and deterrent punishment can thwart the repetition of major offenses and heinous crimes from reoccurring.

7. We all know that terrorism, vandalism, arson, armed robbery, drive-by-shootings, target killing, extortion and threat calls, kidnapping for ransom, murder, rape of minor girls and women, child molestation and other heinous offenses are on the rise in the society at large.

Any rational person who is a victim of such crimes or knows someone who has been a victim would demand harsh punishment for the culprits.

The death penalty is a great equaliser and warning that heinous offenses and acts against the state are not to be treated lightly. It is obvious that in failing to follow this logic, our justice system has only enhanced the resolve of criminals and the law-and-order situation has deteriorated to a large extent.

On the basis of these arguments, I believe that the government of Pakistan needs to keep the death penalty active and use it against the worst kind of felons and terrorists who have too much blood on their hands and are beyond reform.

The whole point of criminal justice is useless if the death penalty is done away with. And if death penalty is not re-instated the incidents of mob violence, blood feuds and vigilantism will only rise and the state will become hostage to a population in crisis.

And it will be too late for change by then.

A lawyer by profession, who practices in the lower courts and high court of Punjab. His struggle is for a progressive and tolerant society based on rule of law, justice for all and independence of judiciary coupled with supremacy of the constitution. He tweets as @haqparast85 (twitter.com/haqparast85)

10 troublesome traits of the average Pakistani