Bilawal spoke against the militants, he has the blood of the Bhuttos of Larkana! 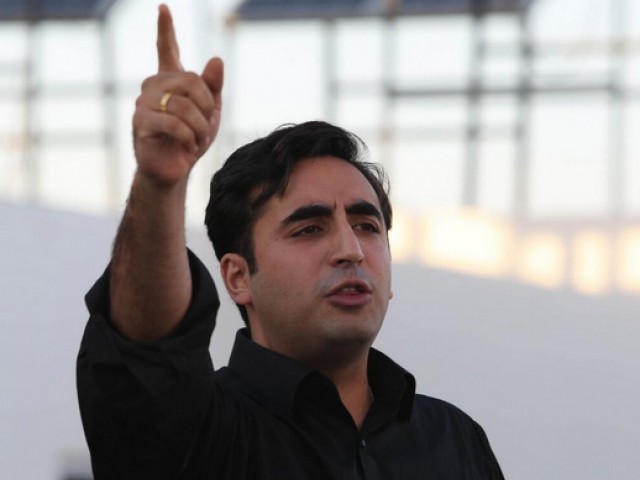 Bilawal’s commitment in his speech to stand with the working class and against privatisation is ample evidence that the PPP is back on track with its principles. PHOTO: PPP MEDIA CELL

Time does not heal all wounds and this has been the case with the Pakistan Peoples Party (PPP). It can neither forget its scars nor can time heal them because this party – the party of martyrs – has come face-to-face with various tragedies over the past few decades.

PPP’s leaders were hanged, they were sent to the gallows, were exiled and were executed judicially. However, in spite of all the persecutions by the state authorities, PPP remained committed to its basic principle of democracy.

Since its very inception, this party has been struggling to inculcate a democratic society and a democratic government in Pakistan and in doing so, it has had to sacrifice many of its leaders and party workers.

Only the PPP has stood against dictatorship and paid the highest price in the form of the martyrdom of its beloved leader, Shaheed Mohtarma Benazir Bhutto. While the people of Pakistan and the political parties enjoy the fruits of democracy, it is Bilawal Bhutto Zardari, Bakhtawar Bhutto Zardari and Aseefa Bhutto Zardari who still mourns the loss of their mother. It is these children who lost their future, lost their paradise and again stand today on the land of martyrs, addressing the sixth martyrdom anniversary of their mother.

Bilawal Bhutto Zardari’s speech at the anniversary was a much-awaited one for the workers of PPP, especially for those workers who have been in the party, not just because of the charismatic personalities of Shaheed Zulfiqar Ali Bhutto and Shaheed Benazir Bhutto but also because of the ideological stance of this party and its stance on land reforms, privatisation, labour laws and so forth.

Most of the senior party workers have been anticipating this address since he wrote a column against the government’s privatisation of national corporations in Pakistan. Another reason why Bilawal’s address was a much-awaited one was because of the prevailing rumours regarding changes in the hierarchy of PPP at provincial levels. There  have also been rumours about Bilawal’s election from Larkana while the majority of workers want him to be in the National Assembly and play the role that once Shaheed Benazir Bhutto had played when Nawaz Sharif, the then Prime Minister, wanted her to come forward and wipe out the eighth amendment from the constitution.

You may disagree with me and you probably will if you have been anti-PPP in the past, but it is a fact that PPP’s Bilawal Bhutto Zardari is the only political leader who has a clear vision and stance and has been vocal against extremism from the very first day. The way he pointed his finger towards the Tehreek-e-Taliban Pakistan (TTP) in his recent address was phenomenal. And PPP supporter or not, you will have to agree that no other party has had the courage to show this spirit against militants.

Some may argue that he has bullet-proof security and hence, was able to take that risk. However, my argument to all such thinkers is that such security is available and used by the likes of the prime minister of Pakistan as well as other political party leaders. Then, why do they not show such courage against the militants who behead our soldiers, exploit religion and have been challenging the writ of the state through their suicide bombing?

The fact is that this courage comes from blood and this blood is not so common. This blood which gives one the courage to stand against the enemies of the state, can only be found in the Bhuttos of Larkana.

Bilawal’s speech made it clear that the PPP will not step back from its policies – those policies which were introduced by its founder Shaheed Zulfiqar Ali Bhutto. His socialist policies for the downtrodden class of Pakistan, which have become victim along the line to privatisation,  religious myths and taboos, loan schemes and even ethnicity.

Since Pakistan’s inception, bureaucrats and generals have been ruling and exploiting the country in collaboration with Pakistan’s superior judiciary, which paved the way for almost all military coups in the country.

Bilawal spoke out against the bureaucracy, military and judiciary in his speech and accused them for exploiting the country’s working class because they do not want their authority to be challenged. Hence, they use their state resources against the PPP which has been struggling to raise the status of a common Pakistani because it believes in equality and prosperity of the working class. Bilawal’s commitment in his speech to stand with the working class and against privatisation is ample evidence that the PPP is back on track with its principles. And this has been the demand of all its workers.

Moreover, Bilawal’s promise to re-instate its old workers is a clear indication that Shaheed Benazir Bhutto’s son values all the workers who were loyal to her. He has truly shown a statesman’s spirit by giving respect to these workers and the PPP is the only party of Pakistan where workers never demand anything – all they want is respect and if they get that, they will not spare anything for the party. They will sacrifice all they have for the party and its principles.

Although Bilawal’s speech was a much-welcomed one by the party workers because he spoke from the heart and admitted to the mistakes that the party made in the last five years, they must remember that Bilawal Zardari Bhutto is not Shaheed Benazir Bhutto. She was an institution in herself but she did not become one in a mere day or a month.  It took her years and she struggled a lot, faced persecutions, exiles and was even sent to prison more than once. She sacrificed a lot to become the legend that she is.

Bilawal Bhutto Zardari is young and charismatic. He has strong leadership skills but it is not fair if we, the workers, start expecting the same from him at this early stage. We must give him time and I am sure that he will prove to be the gallant son of a gallant leader.