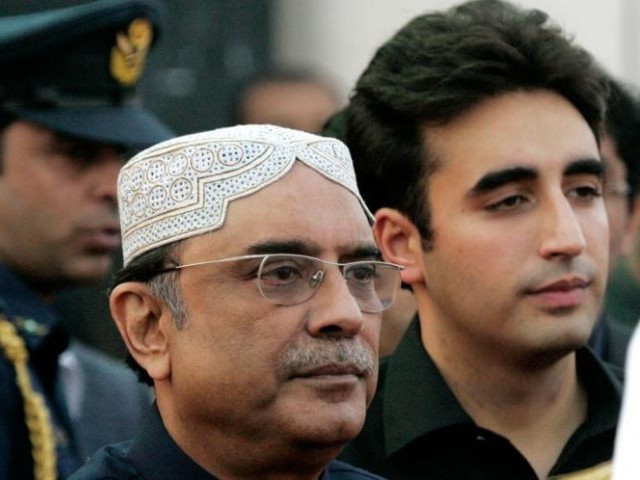 Bilawal has a clear cut stance against the Taliban. We need that kind of firm decision-making power from our leaders. PHOTO: REUTERS

During his recent speech, Bilawal Bhutto Zardari stunned everyone. His style and tone of addressing the masses at Garhi Khuda Bux turned the tide and changed the way many political experts used to think about him – such a performance from him was unexpected and refreshing for everyone.

He was consistent with his words and fluent in Urdu, which has been his weak point in the past. He was emotionally riled up and involved the audience. His speech was even witty, especially when he discussed the Pakistan Muslim League-Nawaz’s (PML-N) stance on extremism and their passive approach to the issue.

Along with other political issues, he even addressed the issue of the Tehreek-e-Taliban Pakistan (TTP) and he listed the conditions that he planned to raise if a deal were to be made with them. He is probably the first leader to design a comprehensive set of conditions for the government to present before the TTP. I personally think that the government should consult the Pakistan Peoples Party (PPP) while dealing with the Taliban since Bilawal has a number of clear-cut ideas to deal with them, as seen in his speech.

Asif Ali Zardari also managed to charm the people. He discussed national issues and shared his views about the current government. He also expressed his opinion about Pervez Musharraf’s treason case and supported PML-N’s stance.

Both father and son were clear and in agreement that the current government must complete its tenure successfully in the spirit of democracy. This idea clearly separated the PPP from the likes of Dr Tahirul Qadri and other political elements which are against the very idea of democracy.

The neutral, progressive stance which the PPP has taken so far, in my opinion, is a mature one. And the credit for this goes to our former president and PPP co-chairman Asif Ali Zardari. His opponents might have a lot to say against him but he is a strong man. After all, he spent years as a political prisoner and completed his tenure despite its turbulent history.

He fought with terrorists and maintained his party’s stance against them. He even collaborated with the Army in difficult situations and explored different foreign relations avenues. He also stood against the US and the NATO supply blockade. The big achievements of his government include handing over the Gwadar port project to China and signing the Iran-Pakistan gas pipeline deal, which are both going to be of great benefit to our economy.

These types of things have rarely been seen in any democratic tenure in Pakistan’s history. I have highlighted these achievements because I feel that the media does not give them their due attention.

Yes, the PPP has made many poor decisions, which includes bad governance, but that does not mean that we turn a blind eye to all the good that they have done.

I see Bilawal becoming an able and strong prime minister in the future, while Aseefa will probably hold an important position at a ministry – whereas Asif Ali Zardari will once again sit in the presidency. So, for me, the future of the PPP is bright, especially keeping in mind the new blood which is pumping through this historic institution’s views.

I am sure that many people will not agree with me and will criticise this piece but these things mentioned are the ground realities of our political arena and being a neutral observer, these are my predictions for the PPP in the upcoming years.

Times are changing and so is Pakistani politics. We need to understand, appreciate and accept the new, young and agile candidates who have entered this field to bring in prosperity and progress for the country.

An ACCA Member and CFA Level-3 Candidate. He has a BSc (Hons.) degree in applied accounting from Oxford Brookes University and has done his masters in economics. Currently, he is pursuing an MBA from IBA and he is also working for a leading oil refinery.