2013: The year Pakistan’s snooker players made us proud! 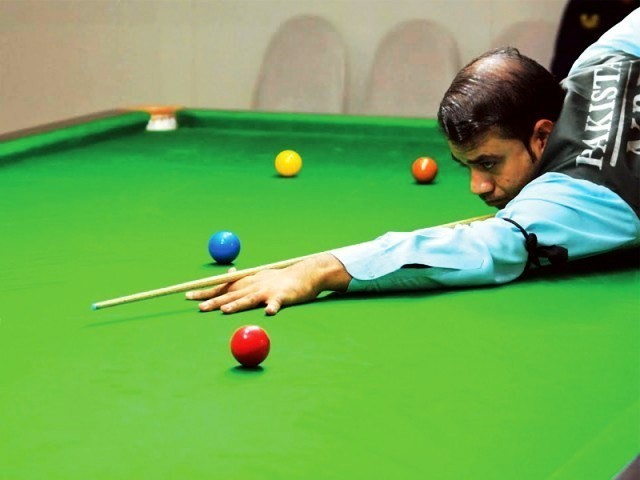 Four Pakistani snooker players performed outstandingly in Latvia at the IBSF World Snooker Championship. All four of them came out at the top of their groups before the knock-out round in which Muhammad Sajjad won the bronze medal. PHOTO: FILE PBSA

Pakistan’s snooker players are known worldwide for their consistent participation and spectacular performances in international events. However, in spite of the fact that the sport is played all over Pakistan, and played well, snooker players remain unknown to their own countrymen since their performance and victories are not given the due attention they deserve.

Just recently, four Pakistani snooker players gave another bout of outstanding performances in Latvia at the International Billiards and Snooker Federation (IBSF) World Snooker Championship. All four of them came out at the top of their groups before the knock-out round in which Muhammad Sajjad won the bronze medal.

This was an immense achievement not only for Asif but for the Pakistan Billiards and Snooker Federation (PBSF) as well, which has been struggling hard to bring international snooker activities to Pakistan.

Prior to this tournament, the Pakistani duo – Asif and Sajjad – won the final event of the World Snooker Championship in October 2013 in Ireland where they beat Iran’s Sohail and Amir by two points. Asif and Sajjad had reached the final by beating the seasoned Irish home team in the semi-final.

I find it astonishing that cricket and hockey teams rarely provide their fans with such consistently brilliant performances and yet, their events are anticipated, celebrated and discussed in every nook and corner of the country. And this is especially true for cricket.

If cricketers perform well, they are heroes and if their performance fails to meet the expectations of their fans, they are dissected by sports analysts and fans alike. In short, they get the attention that they deserve (and sometimes, even that which they do not deserve).

Many Pakistanis proclaim that we are a sports-frenzied nation. But truth be told, we are only a cricket-frenzied nation. Such is our obsession with this single sport that we have ended up neglecting every other sport that is a source of trophies and pride for the country. We have managed to overlook the accomplishments of not only our national game – hockey – but also athletics, wrestling, volleyball and snooker.

How many Pakistanis today would know that these are the games which have raised Pakistan’s status at every sporting platform, be it the Olympics, World Championships or competitions with Asian countries?

I am afraid not too many.

Snooker actually happens to be a very popular game across Pakistan and there is probably not a city or town that does not know of the sport or does not have snooker tables. However, the sport is still far away from reaching its true potential.

The flaw lies with the unavailability of coaches. Only major cities and the snooker federation have qualified snooker coaches. And as much as the federation would like to help, their lack of funds poses a restriction since tournaments are not played at the district level under the supervision of the federation.

Another instance which highlights the enormous talent and potential of Pakistani snooker players is that even though our players were not aware of the changes in rules by the international snooker governing body, they still managed to play exceptionally well.

The successive wins of the year also helped convince the IBSF to let Pakistan host various international events. According to the IBSF’s future program, the Six Red World Team Snooker Championship will be held in Karachi in 2015. This is a great honour for the PBSF as other federations have failed to stage any international events in Pakistan. Therefore, winning this bid to host these events will give the sport long-term credibility in Pakistan.

Prior to this, Karachi also hosted the Seven Nation International Snooker Championship in 2012.

However, it is still a bitter-sweet feeling since in spite of accomplishing so much, the sport is still side-lined in the country. So, my request to my people is to wake up and recognise where the country is truly making a mark, rather than lamenting over inconsistent performances in other sporting arenas.