Pakistan, a nation raised by ‘maids’ and ‘aayas’ 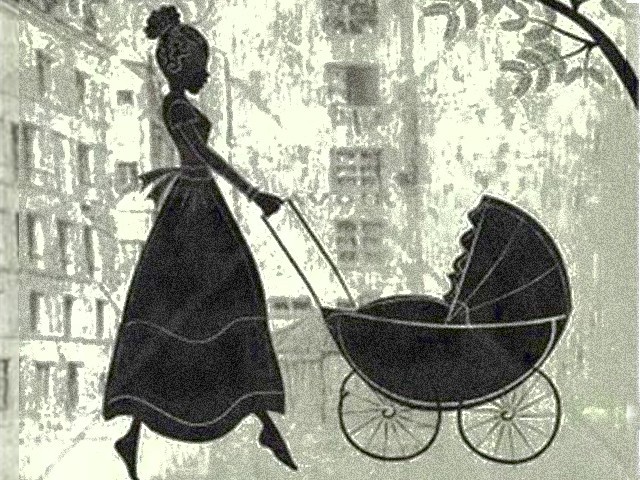 My train of thoughts came to a sudden halt when a child fell off the jumping castle and ran straight to his maid for comfort.

During my last visit to Pakistan, I happened to attend a three-year-old’s birthday party. As the birthday boy belonged to the elite class of a capital city, the extravagance that met my eyes as I walked through the magnificent rust and copper gates, did not dazzle me at all.

I was, however,  surprised to see a group of young girls, aged 10 to 15, dressed in obvious hand-me-downs standing near a bunch of little kids playing pat-a-cake. These girls matched the kids around them, both in number and jocundity. My host told me that the girls were the ‘maids’ of the invited kids and were responsible for their care.

Unable to overcome the separation anxiety, I held onto my daughter’s hand and quickly made my way to the aristocratically designed drawing room whose air was filled with the scent of expensive perfumes worn by ‘mums’. The designer hand bags, clothes and high heels along with freshly manicured nails were all augmenting the exuberance of the atmosphere. This was all starkly different to the kids’ birthday parties I had attended abroad where even the wealthiest of parents would usually be dressed up in casual clothes and thongs ready to spend the day in the play pen with the kids.

After a good deal of discussion about the latest trends and styles and chalking out the plans for the next committee party and dars, it was time to talk about the kids which straight away led to the conversation about their primary care givers – the maids.

While a few mothers boasted about having found the most perfect maid, most of them seemed quite annoyed with the ‘lazy bones’ they had to deal with every day. I inferred, from what I heard, that the ratio of the number of maids to the kids in a house should not be less than one and an efficient maid was one who could cater to all the needs of a child – bathing, feeding, playing, toileting with minimal input from the mothers.

Feeling a little left out, I took my daughter outside to join the kids who were then busy striking the piñata. As I stood there, I noticed the group of maids, sprightly discussing a whole heap of adolescence issues, from body image to boyfriends, oblivious of the toddlers they were carrying, who were all ears. While I commended their fluency in Urdu and knowledge of a few interspersed words of English, most of them displayed a complete lack of basic manners.

However, to my utmost astonishment, one of them seemed familiar with the concept of ‘naughty corner’ although she was unable to execute it on this mischievous child who was too sure of his superiority to her and thus, completely refused to obey the command. For the rest of the evening, I saw these girls feeding the kids, changing the diapers, rocking the babies while mums remained engrossed with discussing the likely outcome of a soap opera and the caloric count of the sumptuous food before them.

I had never come across such a form of procrastination before.

Just then, I felt a sudden cringe and a strong sense of inferiority as I spotted a Siamese cat, close to the outdoor heater, licking her four fur ball kittens while they all suckled at her. The supreme creation of nature was proving itself, yet again, to be the only mammal who would hand over the care of its offspring to someone else, that too so clearly incapable and inadequate for the role.

It was heart rending to see that a role that required first aid and CPR skills, a meticulous police check and certificate in early childhood education abroad, was here assigned to immature country girls who were hardly capable of looking after themselves. This clearly in itself was a form of brazen child abuse. The fastest phase of a child’s brain growth, the critical time for the acquisition of language, manners and basic life skills all seemed at stake to me.

Babies are born with an innate trust for the primary care giver and the goal of early childhood is to strengthen this bond of trust through close interaction and mutual play. The quality of this bond has a profound impact upon inter personal relationships, ability to trust, and self-esteem and stress management later in life. Many parents who struggle to abridge the child-parent gap when faced with a rebellious adolescent are the ones who inadvertently created it during early childhood.

My train of thoughts came to a sudden halt when a child fell off the jumping castle and ran straight to his maid for comfort. To many, it was an ordinary scene but for me, it was exhibition of an extremely unusual behaviour signifying a relative lack of trust in a mother and confusion in role identification. In a state of sheer disbelief, I went to take a seat in a corner. As I sat there, I overheard a mother saying to another,

“We are only considering Aitchison College for our boy, don’t want him to mix up with the middle class, you know.”

From a distance, I could see her son sitting in the lap of his maid, trying to scoop out a portion of chocolate fudge cake from her plate with both of his hands, simultaneously.

A sarcastic smile crept up on my face. Oh the irony…