Hrithik Roshan and Suzanne Khan split: Get your nose out of my business! 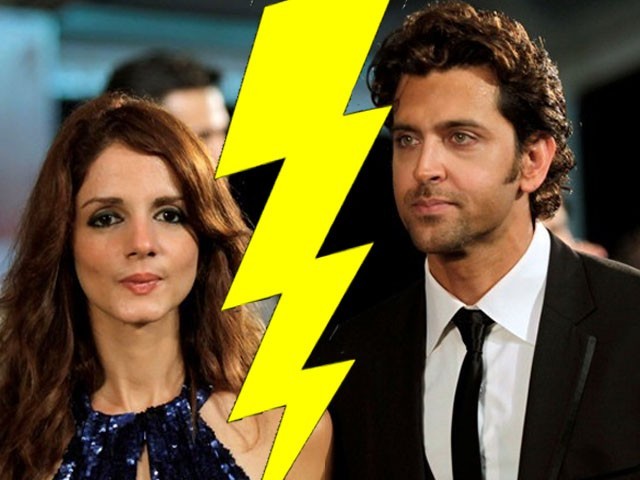 Were any of us their marriage counsellor, a close friend or did we go to their house to see what was present between them as a couple? No, right! Then with what authority were we questioning their split?

Remember the last argument that you had with your husband? The one in which you were both on the way to a party and you had to hurriedly blink back your tears and wipe away the mascara streaks running down your face?

You had almost reached the venue and you had both been arguing the entire way. But what happened as you made your way into your friend’s house? Your husband put his arm around your waist, you both donned your ‘we-are-so-happy smiles’ and you made the rounds as if there was not a wrinkle in your seemingly perfect married life.

This is not simply your reaction. This is what most couples do, and would do, in the same situation.

Simply because we all think that matters like marriage, relationships, divorces and so forth are no one else’s business but our own. However, as much as we like to keep our lives as private as possible and as picture-perfect as possible, very few of us allow this basic right to those around us.

All of us have friends, relatives and people in our social circle who have a personal story that is different from what we believe is an acceptable one in the society. Someone may have an unhappy relationship, someone may be seeking a divorce from an abusive marriage, someone may be re-marrying after widowhood or someone may be in a situation that is completely unconceivable for us.

Most of the time, it does not affect us, at least not directly, but we do end up changing our attitude towards that particular person based on that one aspect of their life.

We become the self-appointed moral police.

And this is not limited to those in our immediate circle only. A few days ago when the news of Hrithik Roshan’s separation from his wife of 17 years, Suzanne Khan, became public knowledge people went berserk in their reactions, claiming that this break-up broke their hearts.

Fans hope Hrithik-Sussanne would reconcile for their children's sake http://t.co/JyhOjos3MS

Absolutely heartbreaking to see Hrithik Roshan separates with his wife. Sad to see them throw away 17 years. @iHrithik

We assumed that they were happy together and hence, we declared that they should not have split up.

Are we their marriage counsellors? Are we their close friends? Did we know what was actually happening between them as a couple?

Then, what authority do we have to question or lament their separation?

Let me take you back in time. Remember when Saif Ali Khan got married to Amrita Singh?

People could not stop talking about how he – a young, dashing 21-year-old went and married Amrita Singh – a woman 13 years his senior. How are we to know what motivated him to get married to her? Who are we to judge whether it was the right decision or the wrong one?

It was their life.

The same people lamented their break-up when it happened (of course, punctuated by the expected ‘I-told-you-so’).

And more recently, when Saif Ali Khan married Kareena Kapoor, people were up in arms again because he had ‘dared’ to marry a girl 10 years his junior this time!

My question is: how does it affect us who the poor guy marries and who he doesn’t?

At least Hrithik Roshan and Saif Ali Khan are both, public figures, accustomed to the intrusion of paparazzi and fans. But unfortunately, we do not even spare the common individuals around us from our daily dose of judgement and interference.

Why are we so inept at letting people lead their own lives and minding our own business? Especially when we expect and want the same from them?

I have always found it ironic, not to mention mirthlessly humorous when people claim to be disgusted when their acquaintances share issues from their personal life and yet, the same people are often willing to bribe domestic servants for information, hack each other’s computers and engage in endless gossip about matters that do not concern them.

After all, we are familiar with that nosy neighbour who keeps an eye on the comings and goings of everyone in the neighbourhood.

I often fail to understand why we do this?

Do we have too much time on our hands? Are we so unhappy with our own lives that we need to find and dissect the ‘wrongs’ in the lives of others? Is it simply a vicious cycle of being criticised mercilessly and hence, turning our criticism on others?

Perhaps, it is a mix of everything.

But personally, I feel that it has more to do with the vicious cycle of criticism that makes us so intolerant towards others. We do not accept people who are even remotely different from us. We condemn homosexuals, transgenders and unfortunately, even disabled people around us, simply because they happen to be different from us.

We call ourselves progressive because we have resorted to a 21st century lifestyle where girls and boys can study together and be friends. We have become adept in the use of technology and gadgets. But let’s face it – our mind-sets have hardly evolved from the conformist-thought processes which lead us to question and condemn divorce, extramarital relations, widowhood and homosexuality.

None of these may be the most preferable option or even the most praiseworthy. But unless we understand the context of the situation that forces people to make these decisions, unless we know for sure that we would not take the same actions if faced with the same circumstances, we cannot and should not intrude in other people’s personal matters.

Simply put: we should not judge.