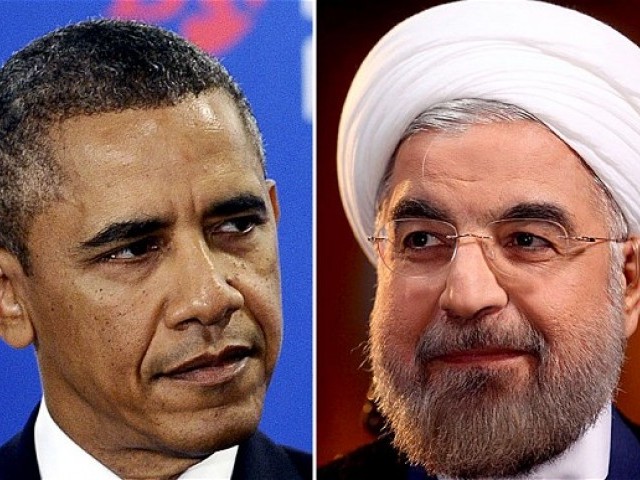 On November 24, six major powers agreed with Iran on a landmark interim accord over Iran’s nuclear program. Tehran has committed to halt uranium enrichment beyond five per cent in return for some relief from sanctions, signalling the beginning of reconciliation with the major powers that would make the world safer.

Some reports suggest that the P5+1, a group of six world powers including US, Russia, China, UK, France and Germany, dialogue was merely a show. It was the Obama administration’s secret diplomacy that succeeded. This shows the willingness of Washington to resolve the long-standing dispute through diplomacy.

The interim deal, for six months, has benefited both sides. Iran has got the much-needed economic relief to address the socio-economic conditions of the masses and the US is tired of military involvement. Thus, it has prevented dragging itself into another war.

Ending the decade-old stand-off is the first major step towards the beginning of a relationship between the two countries, which has facilitated the opening of ambassadorial contacts. The temporary agreement, in some ways, is an interim chance to bridge the trust deficit and increase cooperation on common interests such as eradicating terrorism and bringing stability in Afghanistan. The scale of the task of promoting partnership and reducing mistrust is colossal.

Silencing hardliners in both countries will almost be impossible.

They will try their best to derail the upcoming permanent agreement, blaming each other of retracting the interim accord. Most probably, the hawks in the Congress will get some support from the US’s most important ally, Israel. And Hezbollah will warn Iran of serious consequences of engaging with the West, especially America. But taking tough decisions and enduring high pressures by the Obama administration and the Rouhani government are the need of the hour.

Tehran has a few friends in the Middle East and does not face any kind of external pressure. Washington, on the other hand, has many friends that are trying to obstruct the formation of the renewed relationship between the two old nemeses. Israel and Saudi Arabia, two key allies of the US, are unhappy at the accord. Israel has called the agreement a ‘historic mistake’, declaring that the US has got nothing in return for giving everything and the Saudis are sceptical of Iran’s intentions. The fact is, these are minor differences that will not impact the US relations with its allies. The common objective they all share is, preventing Iran from getting nuclear weapons.

Once Washington and Tehran successfully manage to reach the final accord and the normalisation of this relationship occurs, it may lead to various important developments. These will help the US in pursuing its national interests and bringing stability in the Middle Eastern and South Asian regions.

The US, for example, can play a pivotal role in reducing the hostility among Iran and its adversaries in the Middle East. Ending of the cold wars will put a stop to the proxy wars in the region, thereby paving the way for the creation of a peaceful and tolerant Arab world. With the help of Iran, the US can also resolve the Syrian crisis.

In my opinion, Iran will also be able to assist the US in stabilising Afghanistan. Tehran and Washington may disagree on a number of international issues, but they both see the Taliban as a common enemy and eradicate the menace of militancy in the South Asia region, both the countries should put aside their differences. In this regard, intelligence sharing and joint counter-terrorism efforts, although a bit premature to predict, can help them in defeating the adversary.

US-Iran rapprochement is also a golden opportunity for our Pakistani leaders to improve trade and economic relations. And, perhaps, the Iran-Pakistan gas pipeline can finally be pursued without any fear of sanctions from the US. This will help end the lingering energy crisis in our country. Most recently, both countries have agreed to accelerate the work on the project.

With this cooperation between Pakistan and Iran, Washington may also view this is an opening to convince the countries to help with the stabilisation process of Afghanistan. With an end to the proxy wars, this would seem like a viable outcome.

On a side note, Pakistan will have to rethink its own relationship with the US. NATO supply routes, normally used a tool by Pakistan to convince the US on certain terms may no longer be a feasible option. With the Iranian port of Chabahar, the US may have found the best alternative to the supply routes going through Pakistan. This transit route, although more expensive, may rid the US of any trouble it may have experienced with Pakistani transit routes and can in turn be detrimental to Pakistan, as a large chunk of funding that comes through with the NATO deal will then be stopped.

The other aspect, that in my opinion Pakistan must be wary of is the prospect of an Iran-US-India-Afghanistan alliance that can pursue its specific agenda in the region, costing Pakistan’s economic and geo-strategic goals dearly.

The Pakistan-Iran relationship has already witnessed sign of strain, whether by coincidence or on purpose would be a different topic altogether. The recent firing of rockets by Iranian forces into the Pakistani territory evidences this tension.

What this renewed ‘friendship’ has in store for Pakistan, only time can tell. The only thing we can say for sure at the moment is, Pakistan has to revisit its foreign policies with respect to both these countries and re-establish itself as an indispensible player in the South Asian Region.

Perhaps it is time we look at extending our hand of ‘friendship’ to certain countries as well.

Pursuing a Masters degree in Political Science, he is fond of watching news channels and reading newspapers and magazines. He tweets @dhsamejo (twitter.com/dhsamejo)