12 Years A Slave: A peek into the dark history of the US 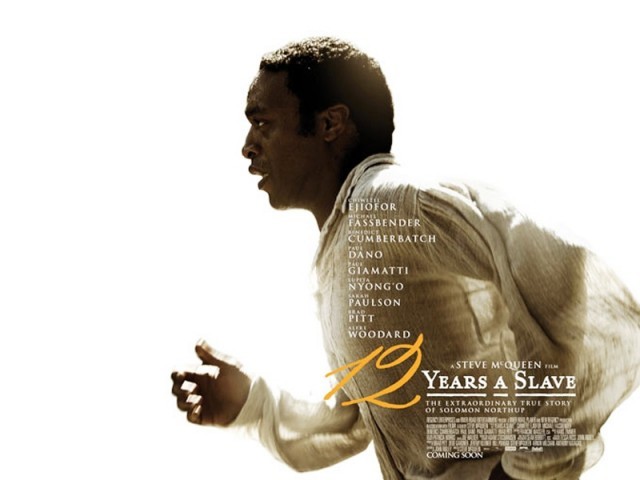 While my friend and I were having coffee, he shared an interesting observation with me:

“I always wondered why the black people were unable to overcome the practice of slavery in the United States through revolt?”

I pondered for a few seconds and replied,

“Hasn’t this always been the case when it comes to dynamics between oppressor and oppressed? It is not just the physical scare that prevents a revolt, but a psychological one.”

12 years a slave is a film based on a book written by Solomon Northup, a ‘free negro’ in 1853. In 1841, Northup was living in the state of New York, alongside his wife and two children, earning his living as a fiddle player.

After encountering two gentlemen from the north who claimed to be travelling artists, he decides to join them for a circus touring gig. The story of Northup is in fact a true story of a man, who was drugged and kidnapped in Washington, sold into slavery in New Orleans and had to spend 12 years slaving in the state of Louisiana in the United States.

Northup was not only well-educated but was also an exceptional violinist. After spending a few months as a slave, he soon realises those talents make no difference if you are, in fact, black. Northup is eventually purchased by a wealthy plantation owner, William Ford (Benedict Cumberbatch). There, Northup learns a valuable lesson as a slave:

‘The less you talk, the better chance you have of survival’.

Although Ford is seen as a kind slave owner who treats his slaves with some form of dignity, isn’t he just the ‘lesser of evils’?

Northup ends up confiding in a Canadian labourer, Bass (Brad Pitt), who risks his life by helping Northup escape.

This film is a stunningly accurate depiction of pre-civil war United States where black people were bought and sold as private property in most of the southern states. It was a time when hanging a black man in the middle of the forest was an afternoon day’s work and the executioners hoped to reach home just in time for supper.

Chiwetel Ejiofor, seen before in Serenity (2005) and Children of Men (2006), plays the title role of Northup who gives magnificent credibility to the role with his occasional mumbling about the disarray of human rights. After all, lashing of the black is ‘part of the Christian scripture’, a thought shared by Michael Fassbender’s character Edwin Epps.

While watching the film, I could not help but cringe at some of the more brutal scenes of the film but particularly, it was the poignantly written dialogue by John Ridley that kept me intrigued.

Steve McQueen, the director who has brought us Hunger (2008) and Shame (2011) in the past, has reunited yet again with Michael Fassbender to capture and analyse the anguish and greed of humanity.

I sincerely believe that McQueen is one of the key filmmakers of this generation, alongside Paul Thomas Anderson. His superb visuals and storytelling never overpowers the viewer or the film itself. This is indeed, a very courageous film to make.

Of course, 12 Years a Slave is not an easy film to watch but it is an important film nonetheless. It shows how far humanity has come and how some things still have been left unchanged.

Whether this film will be relevant in the next few decades is uncertain but for now, the dark past of the US has yet to be further examined with a certain degree of authenticity.